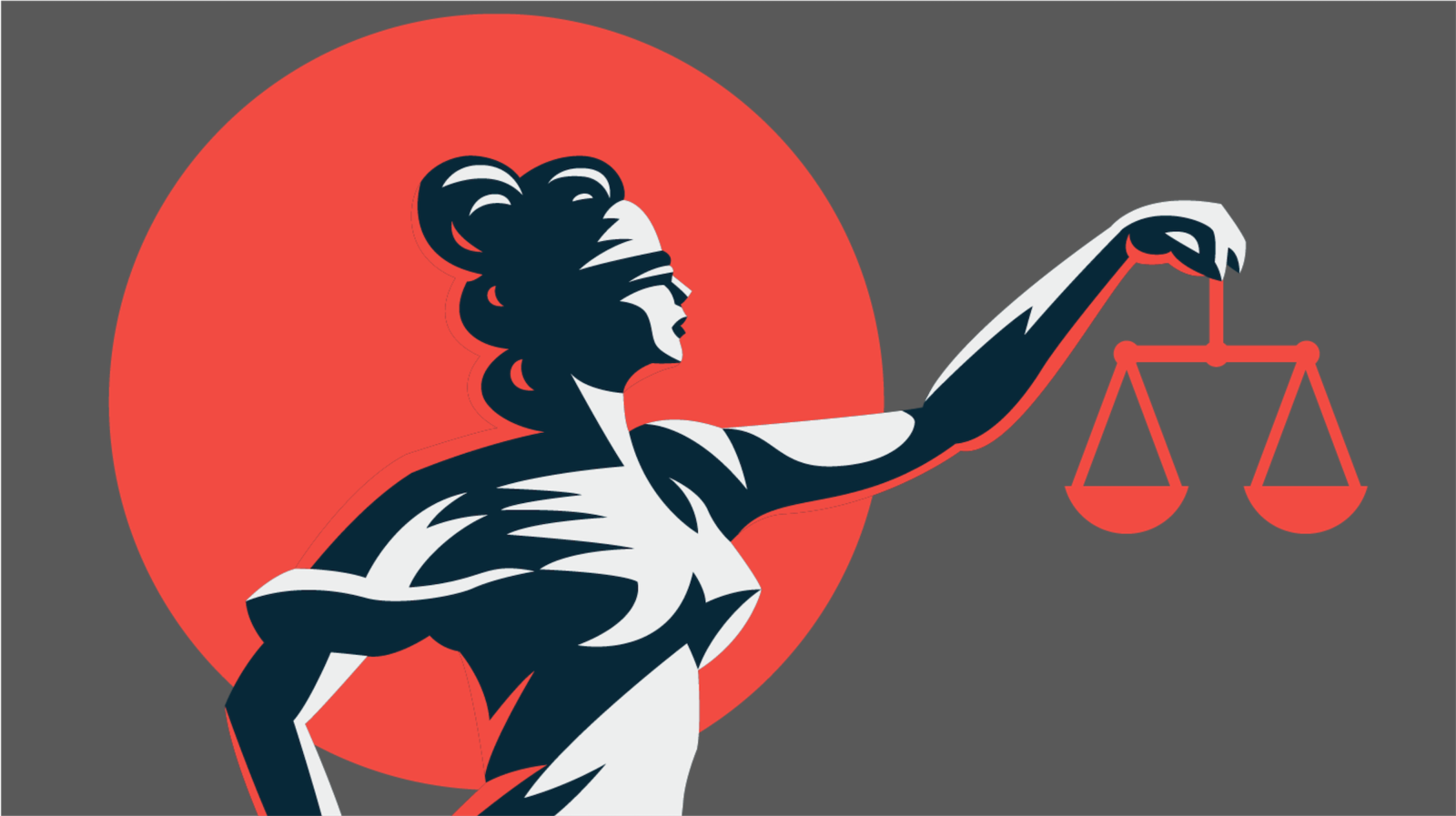 In the Fall of 2015, the 5-year-old daughter, a Cherokee Indian, of Christina Calhoun, and stepdaughter of Victor Castro-Huerta, was sadly familiar with being forced to sleep on a soiled bed, ridden with bugs that crawled upon her. The bed was covered with feces. A child of special needs, she was suffering from cerebral palsy, seizures, limited vision, and lifelong gastrointestinal issues. According to Oklahoma Assistant District Attorney Andrea Brown, she was given “no life and nearly killed.”

Saint Francis Hospital, Tulsa, which assessed the young child’s physical state after she was removed from her home in November 2015, reported that she weighed only 19 pounds and was “severely dehydrated,” as well as “extremely malnourished.” By comparison, the average weight for a five-year-old American girl is 39.7 pounds. The young girl weighed less than half of the weight of a healthy child.

The trauma experienced by the frail Oklahoma child was targeted, according to District Judge William LaFortune, who concluded that Calhoun and Castro-Huerta “had singled out the child due to her special needs.” The analysis was based at least in part on evidence that all the other children in their home displayed no similar signs of lacking health or condition.

Brown’s office estimated that the abuse of the child lasted at least several months, despite being named in at least nine referrals to the Department of Human Services (DHS). Calhoun’s daughter would only find relief when her mother called 911 after giving birth to another child.

Cerebral palsy (CP), a brain that impairs motor function, is a lifelong condition that affects how the brain and muscles communicate. The severity of the 5-year-old’s challenge with CP remains unreported, however, her dependence upon parental figures at home was certain. Calhoun and Castro-Huerta, asserted Brown, “gave up” on the 5-year-old, refusing to provide basic care and rejecting assistance from various social services organizations.

The neglect experienced by Calhoun’s daughter extended well-beyond a denial of sustenance, as her mental development was also significantly impaired. According to Brown, two years after being removed from her home, the child possessed a vocabulary of approximately 6-10 words, a marked improvement from the time that she suffered under the couple’s guardianship.

Relief from her torment would not be sudden. Saint Francis Hospital was able to provide the requisite care for a young child in her condition, however, intravenous feeding was slowly killing her liver, said Brown. “She took this child’s life. Because when she was in this severe state of neglect, dehydration and starvation, her gut died. Her muscles wasted away, her organs wasted away,” added Brown.

The child is now in the care of an adoptive mother and able to communicate basic needs. What remains is her continued dependence on Total Parenteral Nutrition, receiving nutrients intravenously. A lifeline certainly, but the formula is “damaging her organs and… slowly killing her”, according to court testimony provided during the 2017 state trial.

The State of Oklahoma charged Christina Calhoun, 27, with child neglect in violation of 21 O.S. 843.5 (C) for failing to properly care of her daughter. Calhoun was ultimately convicted in December 2017 and subsequently sentenced to life in prison.

Victor Castro-Huerta, the victim’s stepfather, was criminally charged with child neglect by the State of Oklahoma, convicted and sentenced to 35 years of imprisonment in October 2017, with the possibility of parole.

And yet, legal redress and justice, for the young 5-year-old victim of Calhoun’s and Castro-Huerta’s malicious neglect would not remain settled with the state conviction of her mother.

Calhoun’s daughter quickly became less of a focal point in the years that followed. Instead, challenges to the state’s authority to prosecute Castro-Huerta dominated media coverage, and evolved from a formal appeal of his conviction to being a topic of concern for SCOTUS.

Associate Justice Antonin Scalia died approximately nine months, 270 days prior to the end of the Obama Administration. As was the case 103 times throughout the country’s history, an American President was positioned to exercise the explicitly articulated power codified in Article II section 2 of the U.S. Constitution to advance a jurist’s successor. Senate Majority Leader Mitch McConnell, of Kentucky, and Republican Party members quickly fashioned a principled stance that they would conveniently discard just four years later.

McConnell, the second longest-serving party leader in the upper chamber, first acknowledged that “…we are in the midst of the presidential election process” then determined “that the American people should seize the opportunity to weigh in on whom they trust to nominate the next person for a lifetime appointment to the Supreme Court.”

The party leader, McConnell, in response to criticism from democrats who pointed out that prior administrations have faced the same circumstance more than one-hundred time before, offered a significantly nuanced justification for his stance. “The Senate has not filled a vacancy arising in an election year when there was divided government since 1888, almost 130 years ago”. Although accurate, the U.S. Constitution doesn’t qualify the authority of the President based upon the same convenient rationale.

The Court, as it has now been effectively restructured along ideological lines, has advanced a more rigid assessment of existing case law. And Oklahoma v. Castro-Huerta was its next victim.

The appeal, specifically the grounds reasoned, precariously rest at the center of a long-standing conflict between the state’s (Oklahoma) interest and Indian country sovereignty. The case, once elevated to SCOTUS last year, could go in different directions. It would either yield a ruling that either provided some sense of closure for Castro-Huerta’s stepdaughter or upend more than 100 years of federal Indian law and usurp congressional authority.

SCOTUS took the latter option. In its 5-4 ruling in June 2022, the court made clear that “state sovereignty does not end at a reservation’s border” (Nevada v. Hicks, 2001), as noted in the court’s opinion drafted by Associate Justice Brett Kavanaugh.

The court’s ruling is consistent with the state’s rights leaning ideology woven through the recent Dobbs v. Jackson Women’s Health Organization opinion, which eliminated the constitutionally protected right to abortion, further empowering states to establish laws that reflect their interests.

If considered without context, Kavanaugh’s statement conveys an inherent authority that the state possesses and exercises to protect its interests. Oklahoma v. Castro-Huerta, it must be noted, also effects a diminished authority of Indian country, as the court’s ruling establishes concurrent jurisdiction shared by the state of Oklahoma and Indian country.

The outrage of Tribal leaders across Oklahoma and the nation was sudden and pointed. “The June 29 decision by the United States Supreme Court in Oklahoma v. Castro-Huerta ruling against legal precedent and the basic principles of congressional authority, as well as Indian law, is disconcerting and shocking”, offered Inter-Tribal Council of the Five Civilized Tribes.

“The ruling is a reversal of the precedent set in the landmark McGirt v. Oklahoma ruling only two years ago, which cited more than 120 years of federal law granting federal courts “exclusive jurisdiction” to try “all criminal causes for the punishment of any offense.”, said Quapaw Nation’s Chairman Joseph Byrd.

Opposition to the SCOTUS ruling is built upon long-standing legal precedent and more than 120 years of federal legislative acts. Most significantly, opponents of the ruling view tribal sovereignty as indissoluble, subject only to modest clarifications that possess the limited effect of providing context. Oklahoma v. Castro-Huerta, yields no such minimal contextualization. The ruling explicitly rejects the notion that Indian country is sovereign, and now possesses no greater authority than the state within who’s borders it exists.

The Court’s dissenting opinion, drafted by Associate Justice Neil Gorsuch, offered a greater depth of opposition, “Where this Court once stood firm, today it wilts”, noted the jurist. Echoing the general sentiment shared by opponents of the ruling, Gorsuch noted that “After the Cherokee’s exile to what became Oklahoma, the federal government promised the Tribe that it would remain for- ever free from interference by state authorities.”

Associate Justice Brett Kavanaugh, joined by Chief Justice John G. Roberts and associate justices Clarence Thomas, Samuel A. Alito, Neil M. Gorsuch and Amy Coney Barrett approached the majority’s ruling focused solely the claims stated in Castro-Huerta’s appeal, specifically challenges to state jurisdiction, the historic and evolved context of the usage of the term exclusive, as articulated in the General Crimes Act (1817), and the scope of a state’s sovereignty.

The Court’s majority first established that “the Constitution allows a State to exercise jurisdiction in Indian country…” and that “Indian country is part of the State, not separate from the state”, thus concluding that the state of Oklahoma has jurisdiction. All considerations of claims thereafter were exercises of recounting evolved context. In Oklahoma v. Castro-Huerta, the court found that the General Crimes Act (1817) articulation of “sole and exclusive jurisdiction” is only used “in the description of the laws which are extended” to Indian country, not “to the jurisdiction extended over the Indian country.” The clarification was advanced via a direct reference to Donnelly v. United States (1913).

In the wake of the ruling, and dicta that may now serve to inform future rulings, Tribal nations must brace themselves for the continued erosion of their sovereignty.

Calhoun’s 5-year-old daughter, a Cherokee Indian, must not be forgotten. Although denied the full scope of justice once determined by the state of Oklahoma, and now beginning to wade through the loss of a sovereignty paid for by the blood of her ancestors, she sits quietly in the center of a conflict resolved without regard to her person, and without the words to express how she may feel about it all.