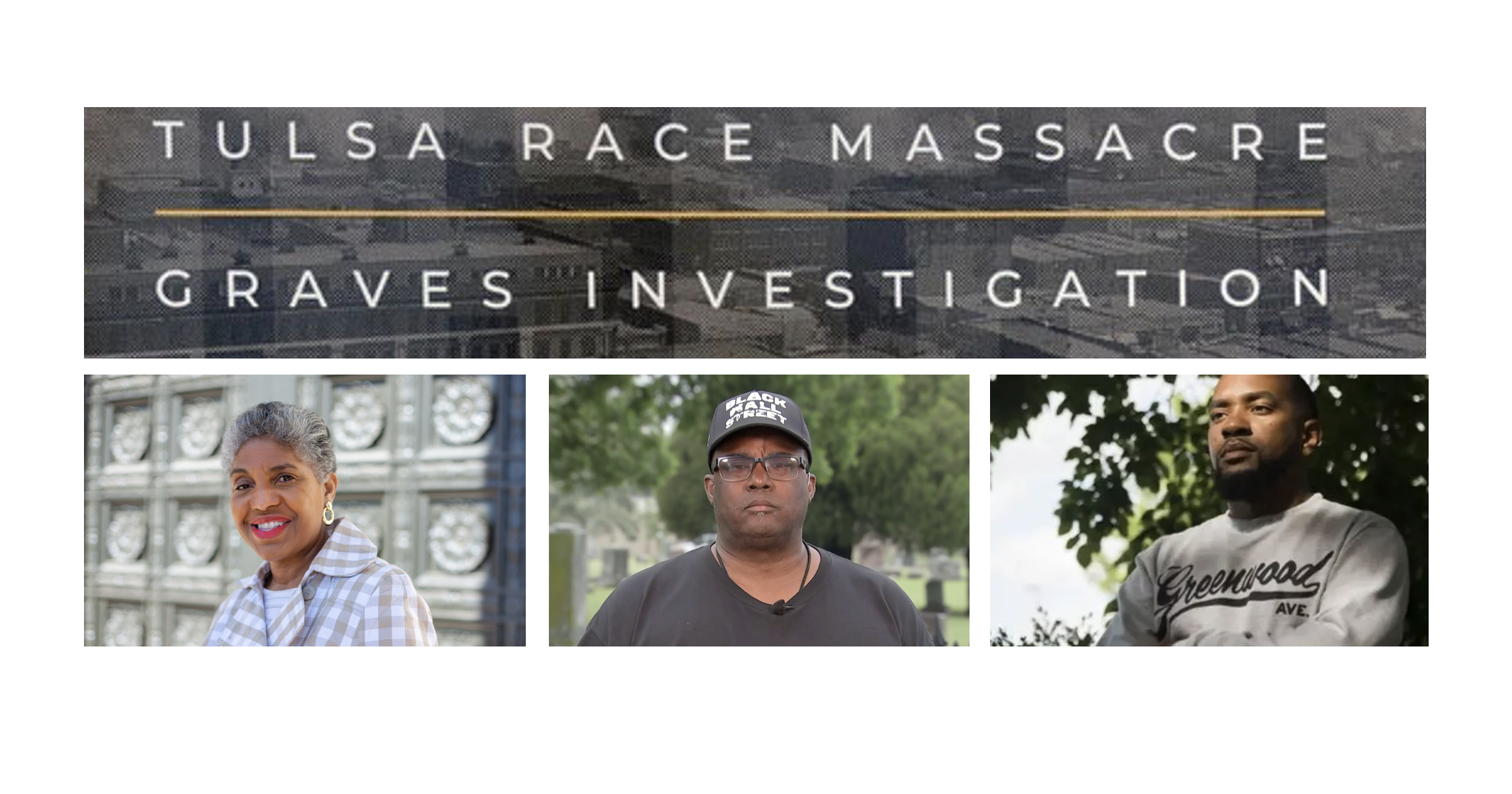 The Oklahoma Eagle has pursued justice and accountability for those responsible for the 1921 Tulsa Race Massacre since our founding just months after the destruction of the Historic Greenwood District and the murder of our residents. For this story, we reviewed emails exchanges between the city of Tulsa and the Tulsa Race Massacre Public Oversight Committee members, who are concerned about major changes in the investigation. More coverage is available at TheOklahomaEagle.net.

Disputes between the office of Tulsa Mayor J.T. Bynumand members of the Tulsa Race Massacre Public Oversight Committee (POC) for the mass graves’ investigation are reaching a boiling point and threatening to delay and perhaps derail the search for the graves – one of the most significant unsolved issues of the 1921 Tulsa Race Massacre.

At issue is the city’s decision to change the meeting times to quarterly and to make them virtual meetings.

The Oklahoma Eagle obtained copies of the emails. Members of the POC reached by the Eagle confirmed the authenticity of the emails. The POC is composed of 24 members.

Most are Black Tulsans, who are descendants of victims of the Race Massacre. Bynum created the Public Oversight committee in 2018. The city notes that at Oaklawn Cemetery in July 2020, at least 12 coffins were unearthed in the Original 18 Area in October 2020, which is located adjacent to two 1921 Tulsa Race Massacre headstones in the historical African American section of the Potters Field.

This dispute outlined in the email exchanges is significant, because committee members say it could affect the approach to and outcome of the search for mass graves. A resolution of who was buried in mass graves following the 1921 massacre is considered one of the most vital steps to dealing with the historical trauma of the massacre.

The result could affect thousands of Black Tulsans, who are descendants of victims of the massacre.

The most recent differences started with correspondence from Carr informing members of the POC of new restrictions on their group. They would be limited to meeting only once every three months and only virtually. The reason was that some POC members lived out-of-state and could not attend in-person meetings.

Many members of the POC used email exchanges with Carr to push back against the restrictions. Hall-Harper emailed Carr and POC members calling for an in-person meeting to discuss the POC’s role. Carr, in return, dug in her heels on the restrictions, some members noted.

Robinson, who is founder and senior consultant for Standpipe Hill Strategies, pushed back on Carr’s changes.

“This response after multiple requests for a meeting about this issue is incredibly disrespectful,” he emailed Carr. “As stated in previous correspondence, this is a departure from the norms established between the Office of the Mayor and this committee. This is entirely unacceptable.”

What are the city’s motives?

Williams, who is a Greenwood community activist and chairs the Greater Tulsa African American Affairs Commission, also voiced her objections in correspondences with the mayor’s office.

“This is not how we have operated as an Oversight Committee,” she noted in her email replies. “I am confused about this unknowingly abrupt change in process and being told ‘NO’ without any explanation.”

In an interview with the Eagle, Williams questioned the city’s motives.

“They are trying to shut us down,” she said. “We are not going to allow that.”

The new restrictions magnified other longstanding differences between city officials and members of the POC about the mass graves investigation. Members of the POC have objected to the investigators’ approach to the search as an archeological project rather than investigating a crime scene. They have voiced opposition to the re-burial of bodies researchers dug up at Oaklawn. They have also questioned why the investigators have decided only to explore the remains of male victims. And they have raised questions about the city’s decision to focus the investigation on concentrating the search for graves in only a limited section of Oaklawn Cemetery and not in other areas where burials following the massacre were reported.

‘The city’s illusion of inclusion’

As the city continues to investigate the most heinous acts of domestic terrorism within the United States, members concern regarding transparency remain acute.

Goodwin said she views the city’s latest actions as unilateral changes in the investigative process without proper notification to committee members, and most significantly the public. For the lawmaker, this is another example of the city’s efforts to diminish the importance of the POC’s work.

“For four years now, we have been trying to work with the investigators,” she said in an interview with the Eagle. “We have given them tips and suggestions on how to make this a more credible, successful investigation. At every step of the way, they have ignored us and tried to push us into the shadows.”

Goodwin has voiced her objections to Bynum’s office.

“While the city’s illusion of inclusion of the Public Oversight Committee is evident and does not elicit effective participation on a monthly or quarterly basis, some in the city have rendered good engagement, process and transparency virtually nonexistent,” she said in an e-mail to Carr and other city officials.

“Be it either Bynum or Carr, the dictating of Public Oversight Committee to quarterly and virtual meeting updates – on what without POC input – indicates detachment and disregard for energy and mission-related to ancestors murdered in the 1921 Tulsa Race Massacre.

Is dissolution the aim being that logical POC recommendations and dreams are often muted or dismissed?”

Goodwin, Robinson, Williams and other members of the POC say they are waiting for Bynum’s office to broach a credible, responsible resolution to the issues.

“The descendants of victims of the race massacre deserve better,” Goodwin said.

The Public Oversight Committee’s chair, Kavin Ross, a noted journalist, historian and massacre descendant, said he is seeking to work with the city and members of the POC to settle the differences.

His father, Don Ross is credited for his efforts to uncover the truth about the Race Massacre. In the 1960s and into the early 1970s, Ross was one of the first journalists to investigate and write about the massacre, even as both Blacks and whites criticized him for opening old wounds.

Later, as a state representative, Don Ross drafted the bill to create the Tulsa Riot Commission, a team that charged with discovering what had really happened in 1921.

“There are elements of this disagreement that are disturbing and disrespectful on both sides,” Kavin Ross said in an interview with the Eagle. “On the one hand, community members – including myself – feel isolated from the conversation about mass graves. On the other hand, the city feels they have been unfairly attacked publicly.

“I feel there is a way to work out these differences.”