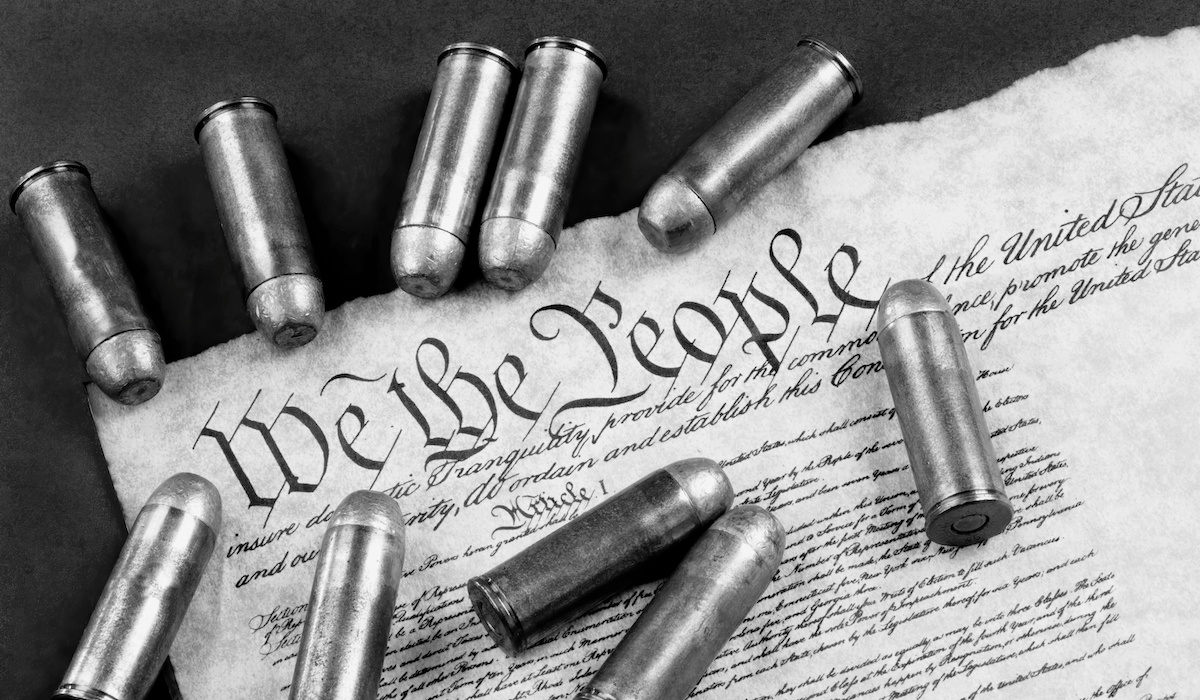 L.A. County returns beachfront land snatched from a Black couple 100 years ago to their heirs

“THE HOUSE OF EVERY ONE IS TO HIM AS HIS CASTLE AND FORTRESS, AS WELL FOR HIS DEFENCE AGAINST INJURY AND VIOLENCE AS FOR HIS REPOSE”, noted Sir Edward Coke, Attorney General of England in 1604, regarding the Peter Semayne v Richard Gresham case decision on January 1, 1604 (Coke, 2003). Semayne would evolve and serve as the basis for America’s “Castle Doctrine” and “Stand Your Ground” law, legally affirming a person’s right to kill another if a person “feels threatened.”

Shed Euwins, a 36-year-old Black man shot and killed on April 9 in Norman, Oklahoma, a perceived threat to an unidentified motorist at the intersection of Lindsey and Elm, leaves behind a family permanently burdened with grief. Euwin’s death, a tragedy by any measure, is further tormenting, as his family grieves without a legal right of recourse.

“We are just grieving the loss of our brother and our family member.”, shared Angel Euwins, Shed’s sister. Euwins, like all Oklahoma parents, was the proud father of five children Camden, Camryn, Keyara, Aniyah, and Alahki.

“He was the person that the church put in to greet the kids coming in from Sunday School every morning because the kids just loved him,” said Euwins’ ex-wife, Nicole Zegrati. “He was the type of person that, his energy, you just gravitated toward him.”

Jill Euwins, Shed’s wife, weeks after celebrating the couple’s 8-year anniversary, must now struggle to piece together the events that transpired on April 9. On April 22, the Cleveland County District Attorney’s Office declined to file charges against the still unidentified motorists who killed Euwins, citing Oklahoma’s Stand Your Ground law (§21-1289.25).

As is the case with many stand-your-ground claims, the brief moments that transpire prior to a resulting fatality are a collection of witness testimonies and inconsistencies. Mark Dixon, a nearby driver who tried to aid Euwins after he was shot, said Euwins was walking calmly across the street before he disappeared from his view. Dixon said he heard gunshots about two seconds later. “There was no aggravated pace to it,” Dixon said. “He was just walking across the street.”

“I was the only guy that helped him,” Dixon noted. “I have a son that was in the Marine Corps, and he said ‘Dad, we’ve seen a bunch of this.’ I said ‘I know you have. I’ve never really had a guy dying in my hands.’”

The Norman Police Department investigation reported that Euwins “aggressively approached” the motorist’s vehicle, “unprovoked, and reared back to punch the driver.”, contradicting the account provided by Dixon. Further, the 911 call transcript reveals the unidentified motorists stating “The guy who came to my car… I don’t know if he was going to punch me. I don’t know what he was going to do.”, a fact which those demanding greater accountability cite as proof that Euwins did not represent a threat to any person involved in the incident.

The Euwins, like many American families whose members were killed by those who will never stand before jurists or jurors, remain emotionally shaken in the wake of centuries-long legal precedents. The paradox is unfortunately challenging, given the unique nature of American history and how our past has so informed perceptions of race, ethnicity and law.

II.  HOW WE GOT HERE

The defense of property and person has been a priority of state and federal governing authorities since the country’s founding, explicitly affirmed in the U.S. Constitution. As our laws evolve through higher court interpretation and challenges, states have progressively empowered those who legally possess and use firearms against potential law breakers. Citizens are now afforded fairly broad and subjective criteria to determine threat and eminent danger to their persons.

State laws have achieved what many consider giving vice the quality of virtue.

English common law, in many respects, informed the basis of American jurisprudence. Semayne, an early 17th century English common law case, affirmed a person right to defend one’s house to the death. Adoption of the legal doctrine was initially restrictive, by the 18th century many states required that the person who perceived a threat first retreat whenever property was involved, resolving the matter by civil means.

By the late 19th century, the legal “duty to retreat” was viewed less favorably by U.S. courts. In Erwin v. State (1876), the Supreme Court of Ohio rejected the duty to retreat, noting that a “true man, who is without fault, is not obliged to fly from an assailant, who, by violence or surprise, maliciously seeks to take his life or do him enormous bodily harm when using deadly force in self-defense. In Runyan v. State (1877), the Indiana court rejected a duty to retreat, noting, “the ancient doctrine, as to the duty of a person assailed to retreat as far as he can, before he is justified in repelling force by force, has been greatly modified in this country, and has with us a much narrower application than formerly… The tendency of the American mind seems to be very strongly against the enforcement of any rule which requires a person to flee when assailed.”

Today, most U.S. jurisdictions have established stand-your ground laws or apply the Castle Doctrine. Thirty-eight states have adopted stand-your-ground laws by statute, recognition of case law/precedent or through jury instruction, while eleven states impose a duty to retreat. Oklahoma’s Stand Your Ground Law, to date, affirms defensive force when the person has a “reasonable belief that the person against whom the defensive force was used entered or was attempting to enter into a dwelling, residence, occupied vehicle, place of business or place of worship for the purpose of committing a forcible felony.”

III.  WE’VE BEEN HERE BEFORE

Euwins, according to the account provided by the unidentified motorist, represented a reasonable threat. The motorist, not obligated to retreat by driving away from the intersection as he watched Euwins approach, shot and killed him, with the full protection of Oklahoma law, as stated by the Cleveland County District Attorney’s Office.

Similar incidents, when citizens seek protection under stand-your-ground laws, have also been plagued by conflicting accounts and law enforcement reports. The 2012 death of Trayvon Martin, perhaps the most familiar case, resulted in the acquittal of George Zimmerman who was charged with second-degree murder and manslaughter after killing Trayvon Martin, an unarmed Black teenager from Miami Gardens, Florida. On Feb. 26, 2012, Zimmerman called the police on Martin, who he [Zimmerman] suspected of being connected to local burglaries. Martin, who became aware of Zimmerman following him, run away. Although Zimmerman was advised by the Florida 911 dispatcher to not “follow” Martin, he proceeded. The two eventually became engaged in a physical altercation which left Martin dead. Zimmerman’s successful claim of self-defense was rooted in Florida’s stand-your-ground law.

In January 2012, Greyston Garcia, 25, witnessed Pedro Roteta, 26, and another youth attempting to steal the radio from Garcia’s truck, parked outside his Miami apartment. Upon being alerted by a roommate, Garcia responded to Roteta’s act of attempted theft by grabbing a large knife, then chasing Roteta for at least a block. Garcia ultimately engaged Roteta in a physical altercation and fatally stabbed him. At the time Roteta was carrying a bag with stolen radios “but no weapon other than a pocketknife, which was unopened in his pocket and which police said he never brandished.” Garcia claimed Roteta made a move that he interpreted as a move to stab him — so he struck first. Garcia, charged with second-degree murder, was acquitted by Miami-Dade Circuit Judge Beth Bloom, citing that his “use of force was justified in order to defend himself from the victim’s actions.”, according to the Los Angeles Times.

The full scope of events surrounding the death of Shed Euwins remains unclear, and for the Euwins family, no explanation is sufficient if it does not entail some measure of accountability.

That the right of men and women to protect their person and property should be re-examined, is a matter worthy of consideration and perhaps long-overdue.

Stand-your-ground laws, by virtue of their effect, shield both the innocent and guilty, brave and cowardly, righteous and wicked. State laws that yield to the whims, comfort or disposition of citizens who kill others don’t serve our communities, such laws empower us to destroy our communities.