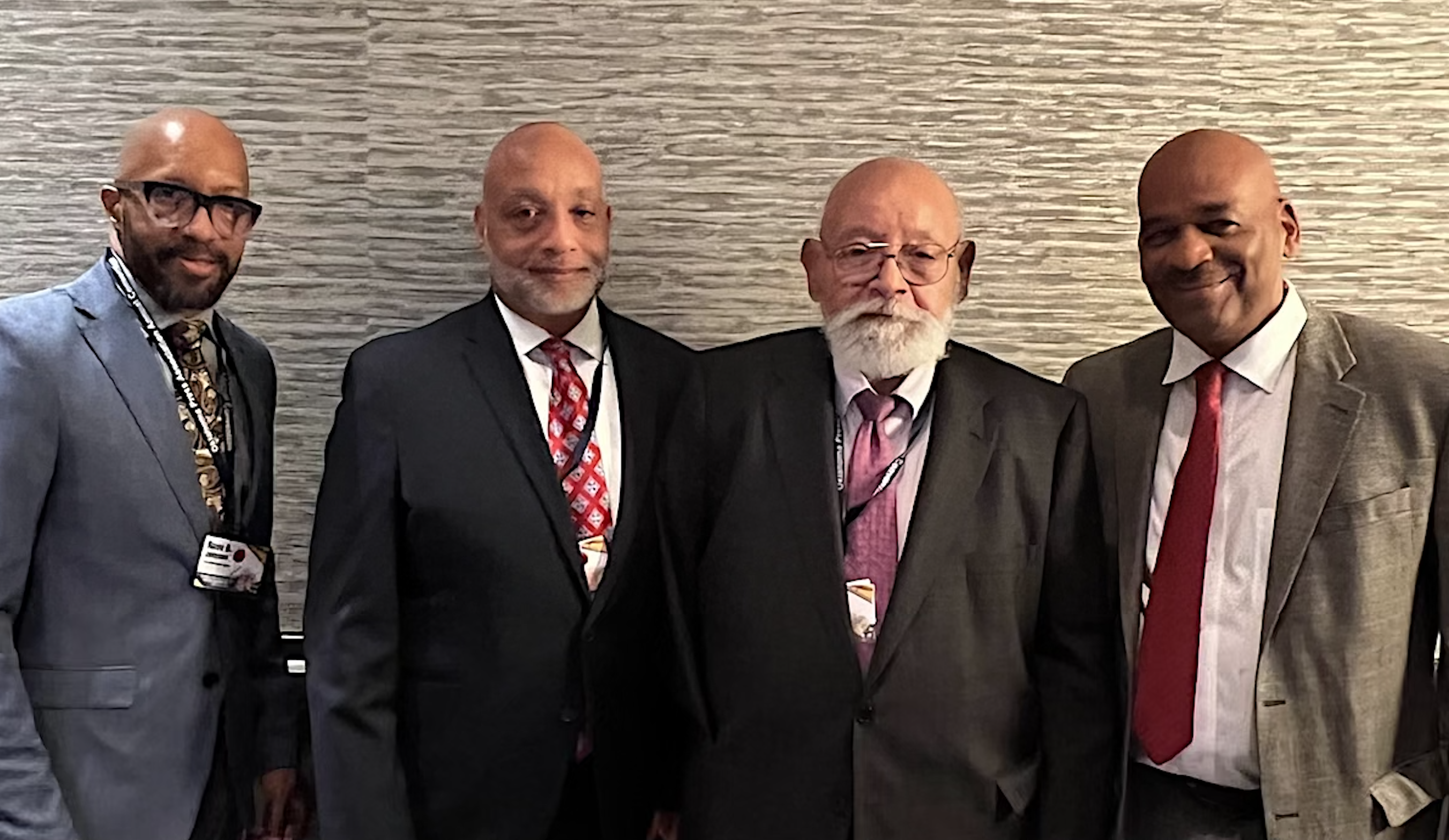 The Birth of True Reparations

OKLAHOMA CITY – The Oklahoma Eagle has received a Sequoyah Award for Community Leadership, the highest award a newspaper can receive through the Oklahoma Press Association’s Better Newspaper Contest.

The Eagle received second place in Editorial Writing (Louis Gray and M. David Goodwin) and two for third place in News Content (for the May 28, June 4 and Aug. 6 editions) and Digital Media (a video that accompanied the “Of Greenwood” series that documented “Agriculture in North Tulsa: 1899-Present.”)

Members of the Kentucky Press Association judged almost 1,400 entries from 68 Oklahoma newspapers. For the Eagle’s “Of Greenwood” series, they noted: “Amazing body of work, reflecting on the 100-year anniversary of the Tulsa Race Massacre. Wonderful work.”

For the In-Depth Reporting award, the judges the Eagle’s “Of Greenwood” series: “The Black Wall Street story informed and gave a heart to a sad chapter of Tulsa’s past.”

Writers Luckerson and Noble were part of the team on the project.

Luckerson is a former staff writer for Time magazine and The Ringer. He is currently writing a book, “Built From The Fire” a “narrative history of Black Wall Street in the Historic Greenwood District told through the eyes of four generations of one resilient family, revealing how black America’s hope and entrepreneurial spirit have been tested over 100 years by the legacies of slavery, including Jim Crow, mob violence, urban renewal, and economic inequality,” his publisher notes.

For Front Page Design, for the June 4 cover – “We Demand…” – the Eagle listed the names of every Tulsa Race Massacre survivor and descendant who sued for reparations in 1923, 2003 and 2021. The design was the collaborative work of the Eagle’s creative director Johnson, the page designer Levrault and David Goodwin.

“Very effective design that communicates the seriousness of the story,” the judges wrote.

In Column Writing, Tree’s three columns – “Companionship has a whole new meaning these days;” “North Tulsa didn’t destroy itself; certain people did and still are;” and “Coonin’ ain’t cute or the way out;” – the judges complimented her style and approach, adding that “Dawn was able to pick some topics that could be uncomfortable for people to read and made them easy to read.”

In Editorial Writing, longtime Eagle editorial writer, Gray, was cited for his work on three seminal editorials – “100 years ago, Death walked down Greenwood Avenue;” Greenwood starts the process of rising;” and “Keep your eyes on the prize” – that critiqued Tulsa’s century-long delay to bring closure and justice for the survivors and descendants of the massacre.

The Eagle competed in the OPA’s Division 4, which includes weekly newspapers serving communities with populations of more than 19,000. The convention was held June 10-11, at the Sheraton Hotel in Oklahoma City.

Fry is a third-generation journalist and graduate of Oklahoma State University. She began her career at The Oklahoman in 1994 after leaving her family’s newspaper, the El Reno Tribune. She began working as a features editor, then moved to the digital side in 1996 and led the team that launched NewsOK.

Fry was named editor in 2012 and was the first woman to be named editor and publisher of The Oklahoman. She was inducted into the Oklahoma Journalism Hall of Fame in 2014 and retired from the paper at the end of 2020.

This the first time in nearly two decades the Eagle staff entered the OPA contest.

“On the 100th commemoration of the 1921 Tulsa Race Massacre, much of the media coverage – from eight documentaries to countless TV shows, newspaper, magazine and digital outlets – focused on the massacre and its unfinished legacy,” said M. David Goodwin, a fourth-generation journalist who worked with veteran journalist and Eagle Editor Gary Lee to coordinate the “Of Greenwood” project.

“We felt there was a void in the coverage: telling the stories of the Greenwood we know and our family legacies who continue to make a difference locally and beyond our community. We’re grateful the judges – and our peers – recognized our efforts to tell our stories with the people who make Greenwood both special and resilient. We know our audience appreciated our efforts to tell their stories.”

“Our sponsored-content partnership with Liberty Mutual allowed us to provide our audience uniquely contextualized retrospectives that celebrate the Historic Greenwood District’s resilience before and after the deadly race massacre, and the efforts to rebuild it today,” he said. “We are grateful Liberty Mutual embraced our vision to share the stories that made Greenwood special since its inception, and the multiple efforts underway – both locally and throughout the country – to propel it forward.”

Tulsa native Lee, a two-time Pulitzer Prize nominee and award-winning journalist who worked at Time magazine and The Washington Post, was the lead editor and writer for the “Of Greenwood” series.

“This series is another way for the Eagle to do what it does best: give voice to the people who have made Greenwood and North Tulsa a special community and to their remarkable life stories,” Lee said. “We’re pleased that Liberty Mutual has helped make this possible.”