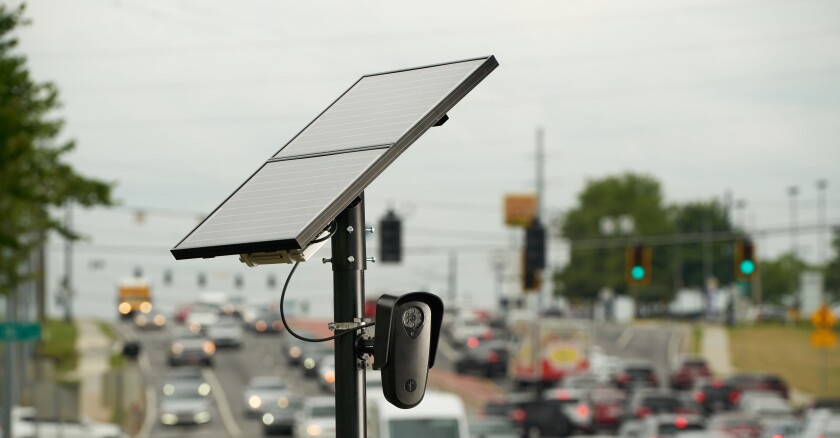 The Tulsa County Sheriff’s Office plans to set up a camera network, capable of reading license plates, to help locate specific cars connected to crimes. They’re the same Flock Safety cameras installed in several Tulsa neighborhoods, usually near entrances, to identify every car that passes by.

The company that makes them, Flock Safety, reached an agreement with the Sheriff’s office to try out 25 cameras. County Commissioners approved the deal this morning.

“If we’re looking for someone or a vehicle associated with a missing person, the Flock system would be able to identify that vehicle and give us a lead. We make sure it’s everything that’s advertised and what we need, and then we have the option to contract with them after a pilot time,” Tulsa County Undersheriff George Brown said.

In neighborhoods, the system is often used to identify unusual cars that were in the area when a crime happened. If neighborhoods agree to allow the access, the camera system can alert police that a specific car went by.

“The license plate will set off a real time alert that law enforcement can follow to hopefully apprehend that suspect or endangered person” said Holly Beilin, with Flock Safety.

Traditional security cameras record everything but require time to search. The Flock system works by identifying what’s in front of the camera without any manual searching.

“It’s so much more than a tag. It identifies any special items we might be looking for on that car, like a sticker, or a model of a vehicle or type, but we want to make clear we won’t be issuing citations based on tags identified with this,” Undersheriff Brown said.

The cameras cost neighborhoods about $2,000 each, with an ongoing fee to process the information. The cameras for the County are on a free trial, but Flock Safety said police usually find they get good leads from the cameras and want to continue.