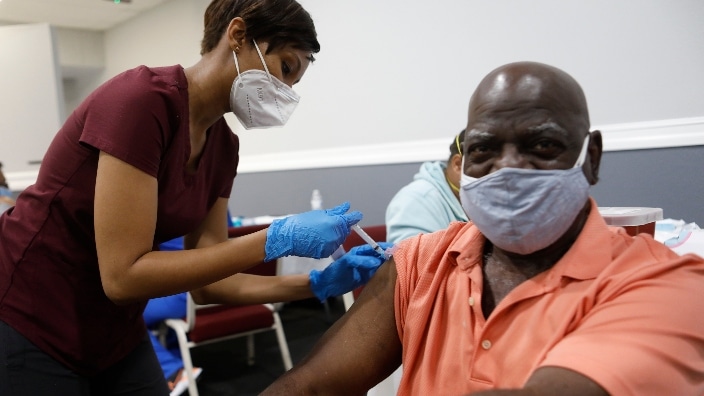 The 200 Greatest Hip-Hop Albums Of All Time

After more than two years of living with COVID-19, the United States reached a bleak milestone with over one million Americans dying from the virus.

But as noted by White House Press Secretary Karine Jean-Pierre last week, since President Joe Biden took office, the administration has helped to reduce the number of COVID-related deaths by 90 percent. Those stats are supported by 220 million Americans being fully vaccinated and over 100 million people being boosted.

However, federal data from the CDC also shows that 60 percent of adults and 75 percent of children have contracted COVID-19. Those numbers are the tip of the iceberg as Dr. Anthony Fauci, the chief medical advisor to the president, told theGrio that he is concerned about rising cases among Black Americans and other minority and vulnerable populations.

Dr. Fauci said that when it comes to contracting the highly contagious COVID-19 omicron variant, it is not a matter of if but when people get infected with the virus. What’s more, Fauci said, scores of Americans from underserved communities have slowed on getting their booster shots – putting them yet again at risk of disproportionate exposure, or worse, death.

The head of the National Institute of Allergy and Infectious Diseases (NIAID) said that when it came time for Americans to receive their first vaccine shot, the rate of Black and Brown Americans getting immunized for the first time was of equal proportion to white Americans. For example, among elderly Black Americans 75 and older, 80-90 percent were vaccinated, said Fauci.

However, the rate of African Americans getting boosted has dipped when the third round of shots was made available.

“We’re not seeing as much of an uptake of boosters among African-American and Hispanic [Americans],” Fauci told theGrio.

Less than 50 percent of Black Americans have received their booster, according to America’s top doctor on infectious diseases who added, “We’ve got to make sure they realize that the immunity wanes.”