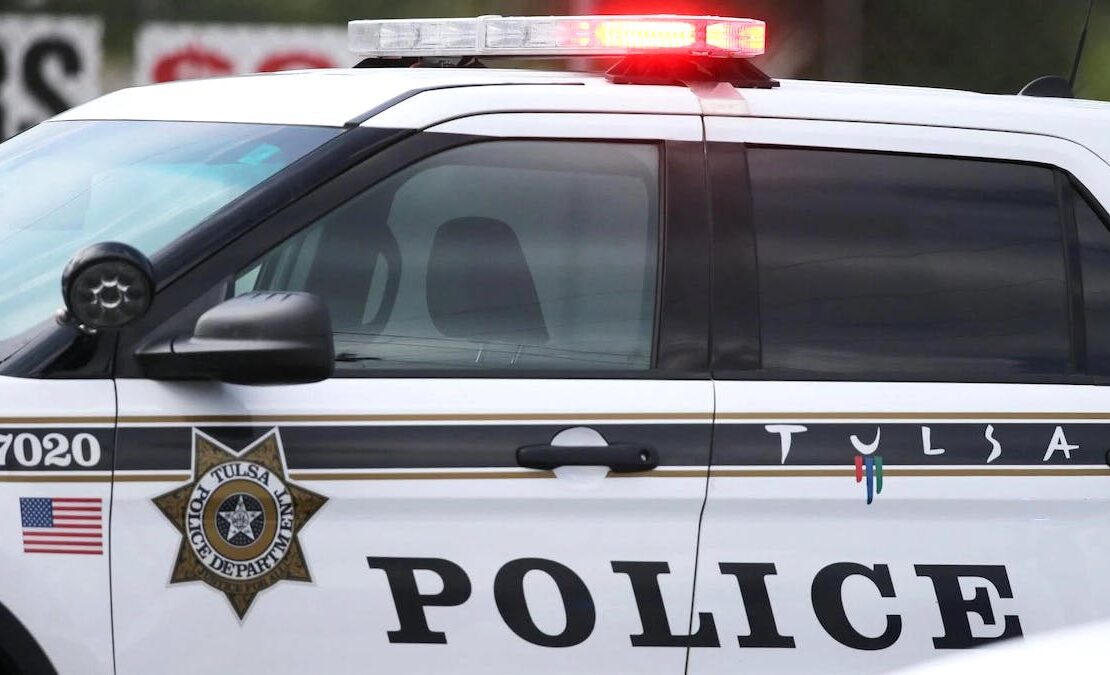 The Tulsa Police Department (TPD) has fallen far short of achieving its “community policing” goals, according to a comprehensive report by CNA, a non-profit research and analysis firm that the department commissioned to examine and provide feedback on how the TPD is doing. Released earlier this month, the report reflects widespread criticism in North Tulsa of the TPD’s commitment to improving its relations with the community.

Community policing is a proactive effort to identify and solve problems through collaborative efforts with the community, particularly in high crime and marginalized city areas.

The 120-page report blasted the TPD goals on several levels.

One line in the report summed up public sentiment about the TPD succinctly. “Many community members expressed frustration,” it said, “saying that they knew very little about the department’s decisions and changes and that they would like to see more transparency in many areas of TPD’s operations.”

CNA acknowledged that the “TPD has made many positive changes and progress in many areas.”  In particular the report praised several initiatives that Chief Wendell Franklin has introduced. Franklin, who is Black, was appointed chief in 2020. But they offered 54 recommendations the TPD could introduce to improve its policing. They said the department could complete 43 of them in less than 18 months and many in six months or less.

This report was a follow-up evaluation of efforts initiated in 2017 by the Commission on Community Policing, established and chaired by Mayor G. T. Bynum. The CNA report was released on May 5. CNA and TPD officials held a public Zoom call that day to discuss the report. Police Chief Wendell Franklin did not appear or participate in the presentation.

The report organized its findings and recommendations in six “pillars” based on extensive interviews, surveys, document review, data analysis, and community consultation through meetings, including focus groups in three “hot spots” in Tulsa.

CNA cited the widely acknowledged lack of trust, particularly in North Tulsa, as a glaring issue. Summing up the problem bluntly, one focus group participant said: “I think there is a lot of racism on the part of the police.” According to interviews, surveys, focus groups, and other findings by CNA, such “perceptions are widespread.”

Some officers also admitted that trust is much lower in marginalized communities. One possible reason, the report mentioned, is that “some officers are not fully aware of the history of race relations in Tulsa.”

In the first survey question, 72 percent did not believe the TPD made it easy or easy “to provide input and express their concerns on policing issues.” A community member also stated, “People don’t feel they can file complaints since they never see officers get disciplined.” The report noted that 142 complaints were filed in 2018-2020 involving 425 allegations. “Only one officer resigned, and three were suspended.”

The report included seven recommendations the TPD could introduce to address these issues and bring more transparency and accountability. One of them was to “make a description of the formal complaint process publicly available.”

The TPD was silent on this and other recommendations CNA made, including having an independent “racial bias audit” to determine if the racial disparities in police treatment are perceptions or genuine.

Instead, among its “Action Steps,” the TPD agreed to more foot/bike patrols and community meetings.

While the report listed many shortcomings in policy and oversight, the police internal Community Advisory Boards (CABs) came under the heaviest criticism. “Most community members had not heard of the boards, did not know who was serving on them,” the report said. Furthermore, their meetings with Division Commanders are not open to the public.

Some comments CAB members made that are included in the report are instructive.

“I can tell members were hand-picked to not rock the boat too much,” one said.

“They want their own people,” another commented.

Chief Franklin, who established CABs, talked about them in a videotaped Equality Indicators Learning Series on the Justice Theme a year earlier. He said of them at that time, “We are hopeful,” he said, “that these individuals will go out, I don’t want to say necessarily be advocates for us- but at least show we have a little bit of legitimacy.”  But the information gathered from the public by CNA suggests that that expectation has not been met.

The report recommends that the CABs be dramatically overhauled to include revising its policy and operational guidelines, membership selection process, providing for community input and comments, and improving overall transparency.

In a contorted feat of reasoning, the Police Department responded that the proposed and recommended overhaul of the Community Advisory Boards would be referred to those same Boards to “make recommendations” as its response in its “Action Steps.”

From interviews with officers, CNA found community policing had been unevenly and inconsistently implemented. Some officers said they “could not remember a single instance where they received training.” Others said they received mixed messages about it, and it had made no impact on their regular job. Some said they had received some training but lacked time to do it. “Almost all officers identified the need for more training on community policing issues.” Many officers did not even know how to document community policing into the automated system used to track time spent on these efforts. CNA also found that performance evaluations and promotional opportunities do not incorporate “collaborative [community] policing principles and practices.”

The TPD response to this critique was more robust than in other cases. The department agreed to hire an outside vendor for more extensive training within a “train the trainer” model for community policing using a sophisticated program that “forces collaboration” and assists in developing district and operational plans.

The consultant made seven recommendations on the use of force policy changes. The first was a need to clarify policy language that a suspect who is fleeing or resisting arrest but poses no immediate threat should not be subject to deadly force. Another noteworthy recommendation was to “require an independent review by another policing agency for incidents involving the use of force that result in the death of a suspect.”

TPD would not take up any of these recommendations saying it “will defer to the previous University of Cincinnati report, CALEA, and Force Science experts.” But that 2019 report controversially found that “the race of the suspect was not a statistically significant predictor of the use of force.” That finding directly contradicts the Tulsa Equality Indicators and a previous Human Rights Watch report on the TPD use of force. Both showed significant racial disparities in the department’s use of force.

Whether racial disparities exist or are perceived was not the basis for the CNA recommendations on these policy reviews. The consultant cited multiple other contemporaneous sources against which TPD use of force was benchmarked. Their recommendations were based on a finding that the policies “could be better aligned with best practices and provide the community a role.”

Chief Franklin was hired as Tulsa’s first Black Police Chief two years ago. While the culture in a police department is slow to change, the consultant lauded many of his efforts. “From the outset, the main focus of Chief Franklin’s tenure has been community engagement and community policing efforts,” the report said. It cited Franklin’s creation of the Community Engagement Unit and his support for crime victims, outreach to the Hispanic community, body-worn cameras implementation, and other initiatives.

It is clear from the CNA analysis and findings that there have been substantial efforts to improve the Tulsa Police Department since the 2017 Commission report, primarily led by Chief Franklin. Still, the report clarifies from its documented public expectations and its 54 recommendations that much more work remains. The full report and the TPD response can be found here: https://tulsapolicenews.org/2021-cna-progress