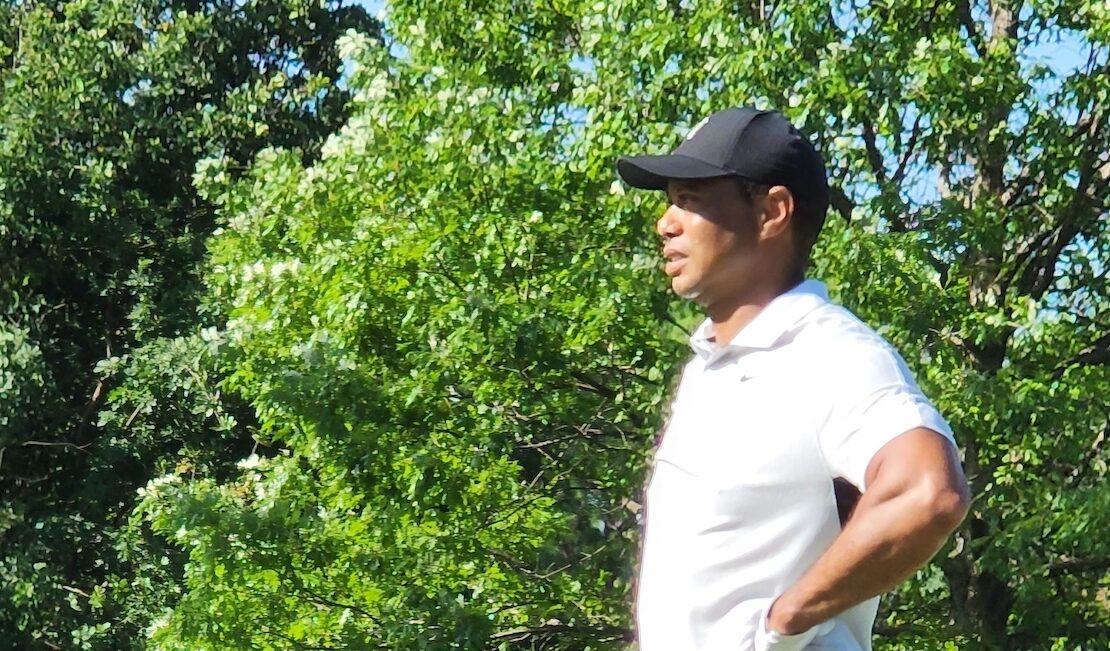 Sports legends become legendary by their exploits on the courts or playing fields. Along the way, a handful become single statements. Think Ali, Magic, and Tiger. This week Rory McIlroy set out to put the world on notice that he, too, just may be one of those guys.

On the opening day of the 104th PGA Championship in Tulsa, where temperatures hit 90 degrees, the marquee matchup of Tiger Woods, Rory McIlroy, and Jordan Spieth stepped out. Crowds lined both sides of the fairway, around the green and including the grandstands on holes 9 and 18. An estimated 40 thousand spectators were there, mostly to watch Tiger Woods with the anticipation for his next legendary moment.

And Tiger did not disappoint. His first hole moved the needle for the day of anticipation by playing the 10th hole to an opening birdie. Fast forward to hole number 14, and Tiger again jazzed the crowd by carding his second birdie in his first five holes.

Alas, that opening momentum faded for Tigers’ opening round. That opened the door for Rory McIlroy to go out and shoot his lowest round in a major in eleven years.  McIlroy made a statement on holes 12-13-14 with three straight birdies to vault up the leaderboard early in the day. The morning wave of golfers had the best conditions (less wind and fresh greens to putt on) because, along with Rory, Max Homa scored birdies on holes 12-13-14, setting themselves apart at three-under-par in the middle of their opening nine holes.

McIlroy is a big name in golf. He’s a four-time major winner and a winner of the PGA Championship twice (2012, 2014). Don’t underestimate this golfer’s ability.  The comparisons to Woods have been there for years, which is a problem. Rory has not won a major championship in eight years.

There were moments today when McIlroy made Tiger and his strategy seem like something from the distant past. Opening the 2022 PGA Championship with a final score of 65 (-5), McIlroy made a statement that he is up to the moment by playing aggressively and executing flawless approach shots with precision putting on Southern Hills notoriously tricky greens. McIlroy consistently pulled out his driver and bombed away off the tee with absolutely no fear because his length allowed him to hit the ball over every troublesome aspect of the fairway. Tiger played a strategic game by hitting irons that were over one hundred yards behind McIlroy’s ball on multiple occasions.

Tiger finished the day with a four-over par score of 74. Much will be made of how the legendary golfer finished the day visibly limping after appearing to tweak that reconstructing right leg on the tee shot at hole 18.  Courage has never been a question for Woods, so we expect he will prepare for day two, starting nine strokes back.  The second wave of golfers, including heavyweights Scottie Scheffler, Collin Morikawa, Jon Rahm, and Brooks Koepka were impacted by the heavier winds and greens that dried out.  The top three players after McIlroy are Will Zalatoris (-4), Tom Hoge (-4), and Justin Thomas (-3).  With conditions expected to change dramatically at some point Friday, the expectations for distinct moments are continuing to build in Tulsa.

The 2022 PGA Championship has returned to Tulsa this week, fifteen years after Tiger Woods became the back-to-back Champion on this very course. Back then, the talk was about the Tulsa heatwave, which brought temps up to 109 degrees.  Tiger got hot and shot a 2nd round score of 63.  Before him, that feat had only been accomplished by nine players. Since that blistering August event Southern Hills Country Club, the host venue, has had an 11-million-dollar renovation.  And let’s be honest, the entire world is different now in many ways other than the upgraded golf course.

What IS the same is that Southern Hills intends to offer an intricate test to the 156-player field.  Trees have been removed to widen fairways, bunkers of sand have been moved to create new landing spots off the tee, and the greens have been significantly changed with no ball slowing rough at the edges making approach shots even more, a test of golfer’s skills than in years past.

The return of Tiger Woods is a tremendous attraction and makes the PGA Championship a must-watch event.  Woods surprised many with his return to the Master’s golf tournament after the injuries sustained in a car accident in February 2021.  After making the cut at Augusta National, Woods’ stamina and poor putting were the factors that kept him from being in contention during that event.

Now Tiger is stating that his body is stronger, and the weeks since the Masters have allowed him to build himself better. So, by his word, he’s ready for four days and 72 holes of championship golf.  But is a run for the Wanamaker Trophy in the cards for Tiger this week?

There is competition. The 2022 Masters winner Scottie Scheffler has been playing like the number one player in the world lately, and he has the ranking to back that up.  Scheffler, a University of Texas player in college, is familiar with Southern Hills, and that course experience paired with his current hot streak could make him the guy to chase on the weekend rounds.  Players like Jordan Spieth, Jon Rahm, Justin Thomas, and Collin Morikawa all have the game win in Tulsa this week. The issue is who will be the player to overcome a true test of golf along with the weather. The forecast this week is for changing winds and temperatures daily.  The aura of 4-time winner Tiger Woods and whether he’’ be out front on Sunday could be the biggest questions of all.