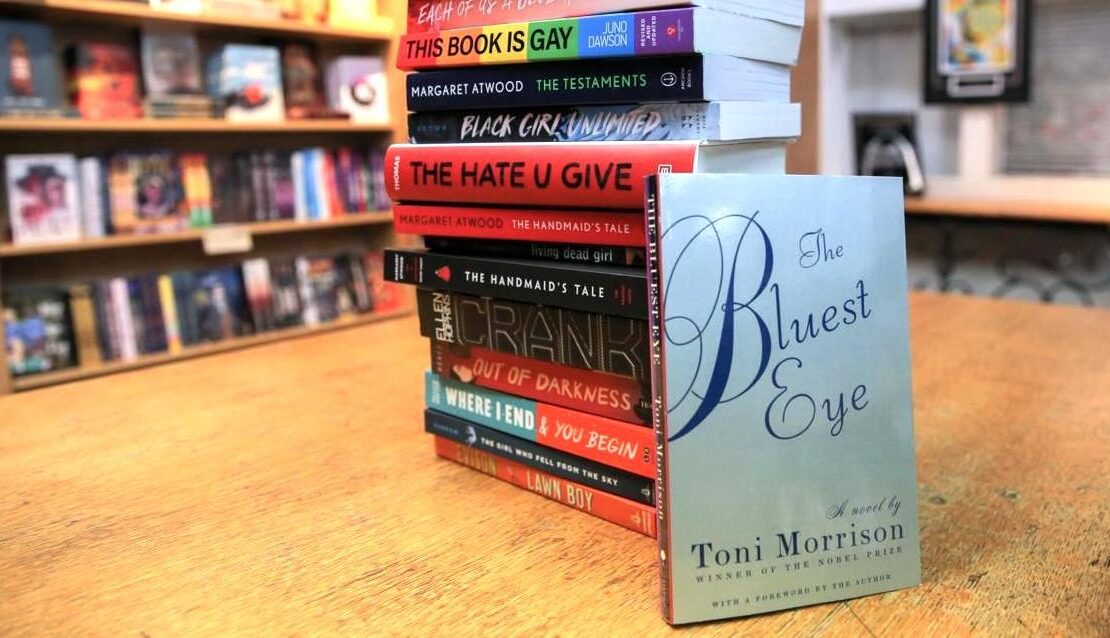 By JOHN NEAL AND GARY LEE

While Oklahoma’s Republican lawmakers continue to pursue restrictions on the books available in schools and public libraries, librarians and students in Tulsa are pushing back against the proposed bans as irrelevant, out of touch, and autocratic.

“Students regard these attempts to ban books as stupid and wonder why with all the problems going on, politicians aren’t focusing on issues that are actually important,” said Michelle Stevenson, library media specialist at McLain High School of Science and Technology, in an interview with The Oklahoma Eagle.

She added that if the purpose of the proposed bans is to control what students read, they are having the opposite effect. McLain students seek out and read books on banned lists to see what the fuss is about, she said.

Alicia Latimer, recently retired librarian at North Tulsa’s Rudisill Regional Library, concurred. “This talk about banning books is all about people trying to censor the public’s access to information,” Latimer told the Eagle. “That’s wrong and unconstitutional. If people don’t want to know what’s in a book, they should just not read it. But trying to restrict what books are on the shelf in libraries should stop. It’s an attempt to restrict freedoms that are granted to us. It’s plain old crazy.”

In Bixby, the school board rejected bids to ban two books earlier this year.

Efforts to remove books from public libraries and schools have occurred before. The American Library Association reports that 1,597 books were targeted in 2021. Pulitzer Prize winner Toni Morrison regularly appears on their top 10 list with books being challenged, including “The Bluest Eye” and “Beloved.” Her books try to “convey the trauma of the legacy of slavery to her readers. That is a violent legacy,” says Emily Knox, author of “Book Banning in 21st-Century America,” of Morrison’s body of work. “Her books do not sugarcoat or use euphemisms. And that is actually what people have trouble with.”

The drive to remove books are increasingly sanctioned by state law or other governmental action. In February, Attorney General John O’Connor declared his office would investigate 54 school library books for their alleged obscenity. In March, the Oklahoma Senate’s Education Subcommittee voted in favor of Oklahoma Senate Bill 1142, legislation to remove certain books from school libraries or face heavy fines and cause school employees’ dismissals. The vote passed 8-4, with eight GOP senators supporting it and three Democrats and one Republican opposing it.

In summarizing reaction at McLain High, a North Tulsa-based school, Stevenson said: “The general consensus is that the people pushing these bans are idiots.”

The nationwide movement to ban books most often targets books with race, sex, or gender themes. For example, Oklahoma HB 1775 targeted the Teaching of critical race theory (CRT) and was passed into law. In this session, SB 1142, introduced by GOP Senator Rob Standridge, would prohibit books “that make as their primary subject the study of sex, sexual preference, sexual activity.”

A public or charter “school employee tasked with removing a book…who does not do so within thirty days of receiving shall be dismissed or not reemployed.”

A parent making the challenge could seek monetary damages of $10,000 a day. The Senate Education Committee passed a watered-down version of this legislation last month. It could be re-strengthened when it reaches the Senate floor.

Latimer, the Tulsa librarian, questioned the motives of such proposed legislation. She sees it as part of a more significant effort, inspired by followers of former President Donald J. Trump, to silence the voices of people who are outside of the mainstream.

Stephenson of McClain High School stressed that students, teachers and parents are fully capable of discussing books and determining which are relevant and which are not. The attempts by lawmakers to predetermine which books should be taken from libraries is offensive to the integrity of parents and students, she told the Eagle. In particular, students have the option of reading books and figuring out what information in them is pertinent and what is not, Stephenson said.

What First Round Pick Dax Hill Brings to the Bengals’ Defense

Elisabeth Szkirpan, an information specialist at the McFarlin Library at the University of Tulsa, told the Oklahoma Eagle that the McFarlin staff are closely watching the debates in the Oklahoma legislature about banning books in order to determine if the bans are relevant to them. Since TU is a private institution, she explained that any new laws might not directly apply to them.

These legislative book banning efforts, often becoming law, have popped up in many states, including Texas, Tennessee, Wyoming and Florida. For example, the Florida Department of Education issued a media release on April 15, 2022, announcing it had rejected “41% [of] submitted textbooks on the state’s adopted list.” Some included math books, “while others have included prohibited and divisive concepts such as the tenants of CRT…”

The American Library Association noted a four-fold challenge in books in 2021 from the previous year. While two-thirds of the books were challenged in public libraries, one-third of the difficulties occurred in schools or libraries.

In the Tulsa area, the Bixby Public Schools’ board turned back the challenges to two books in February. These books dealt candidly with teenage illness and death, including suicide. The school board pointed out that parents already have the right to restrict what their child can check out, but a majority stood firm against some parents determining the right of access by children other than their own.

O’Connor said the Attorney General’s office would examine dozens of schoolbooks for obscenity. He said his action was prompted by parents who found the books obscene. But within days, he suggested instead that school boards take up the issue but promised his office would continue to “evaluate and monitor the situation.”

FEATURED IMAGE: “The Bluest Eye” by Toni Morrison stands beside books that have been challenged in several school districts nationwide, including many high school libraries in Oklahoma. JOSEPH COOKE/ST. LOUIS DISPATCH