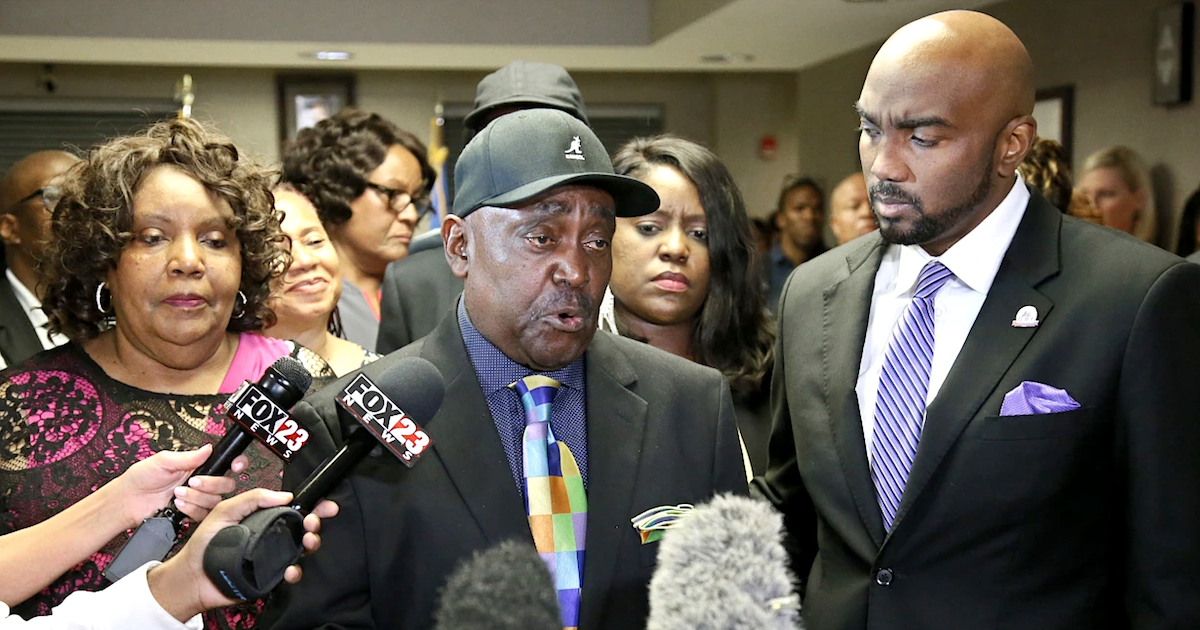 After the killing of his son Terence Crutcher at the hands of then-Tulsa police officer Betty Shelby on Sept. 16 2016, Tulsa Mayor G.T. Bynum promised the Rev. Joey Crutcher that what happened to his son would never happen again.

Crutcher told the City Council at the time that he believed Bynum.

In the last six years, however, not one policy change or recommendation to curb police brutality within the Tulsa Police Department has been instituted.

Crutcher was one of twenty speakers at a meeting the City Council held March 30, to consider an oversight proposal for the police department. He said at that meeting that he was hoping the Council would pass a measure that would allow Tulsa residents to vote on Aug. 23 to establish an Office of the Independent Monitor (OIM), a civilian oversight agency that could help mitigate police abuses.

Many cities around the country have established similar OIM’s with success. They include Oklahoma City. (See story, Is Tulsa committed to police oversight? below)

The Council, however, voted against the measure by a 7-2 vote at the March 30 meeting. Councilors Vanessa Hall-Harper and Kara Joy McKee cast the dissenting votes. (Hall-Harper’s husband, Marcus Harper, is a veteran city police officer is currently on suspension.)

Council Chair Lori Decter Wright said at the meeting that she supported the OIM in principle, but that the wording of the existing proposal that would be brought to voters would invite legal challenges and was determined by city attorneys to be illegal.

Wright further emphasized that the TPD – under Chief Wendell Franklin, the first African American to lead the force – the department had instituted internal oversight boards, which the Council needed to learn more about. She also said that the mayor’s office and TPD had to be brought into any discussion about the OIM before it was established.

Noting that under the current system, “citizens did not have a means of verifying the results of internal police investigations,” Bynum first proposed the OIM in January 2019. He said at the time that “outside scrutiny of use of force incidents was needed to help address the distrust between some sectors of the community and the police.”

Bynum, however, began to change his stance after the councilors split over how much authority the monitor should be given and voted it down. Bynum was advised that the city’s relationship with the police could not be changed without negotiations through the collective bargaining process with the police union.

Bynum has since called the idea of a police oversight board a “disaster in practice,” which would “decimate the Tulsa police department and its staffing” by “putting people with no police training into a position of disciplinary authority over police officers.”

Bynum continued: “without the final determination of discipline in the hands of the chief, your chain of command falls apart. And citizen-driven oversight boards are less effective than those led by trained police officers because residents lack the knowledge and training necessary to confidently make determinations of whether an officer acted appropriately.”

Unable to police themselves

Bynum’s assessment does not hold in cases where the police chief attempts to protect the reputation of his department by covering up police misconduct or by failing to reprimand officers who have participated in police brutality.

At the March 30 meeting, community activists showed a video detailing a horrific case of police abuse this past October in which LaDonna Paris, a 70-year-old African American woman who was experiencing a mental breakdown, was taunted, tasered and the assaulted by Tulsa police officers.

One of the arresting police officers, Ronni Corracia, was caught on camera stating, “he [another officer] is going to pound the door open and spray her. This is going to be so fun. I love my job.”

After the video was leaked, Franklin said that the officer banter could be perceived to be unprofessional, but that Corracia and her colleagues had followed proper police procedure. They did not face any reprimand, officials said.

Bynum said that the video “provided a reminder of the difficult situation officers deal within the field every day.”

However, other speakers at the council meeting recognized that Corracia and her colleagues had used excessive force and showed signs of “sadism” by seeming to take pleasure as they inflicted pain and trauma on an older woman.

The Rev. Dr. Marvin Lavanhar, of All Soul’s Unitarian Church, where Paris is a congregant, said that if the police officers followed the proper procedure – as Franklin says – then the officers very clearly cannot police themselves and that there is an urgent need for the OIM.

Another speaker, Diamond Marshall, an educator, noted that American police were founded on “slave patrols” and had constantly abused their power. A civilian oversight body could at least mitigate some of the damage.

The mistreatment of Paris was no anomaly evident in a picture a speaker brought, which showed mug shots of police detainees, many of whom looked like they had been beaten up.

Hall-Harper, whose council area includes the Historic Greenwood District, reminded people at the meeting that justice work was never a smooth process and that there were barriers at all levels.

Last month, after all, the Emmett Till Anti-Lynching Act was finally passed in Washington when it should have been passed many moons ago, she pointed out.

Suppose the city government was failing to act. In that case, citizens could advance the legislation without the support of elected officers by setting up a petition that would put the OIM on the ballot.

Hall-Harper further urged her fellow councilors to set a date to finalize their plans to establish a new ordinance that could garner support from both the mayor’s office and police and satisfy any legal challenges raised by the city’s lawyers.

Rev. Crutcher, for one, said he will not be holding his breath. He knows, too well, the institutional stasis, conservatism and dysfunction that he says exist within Tulsa’s city government. It is so pervasive that it has enabled the status quo to prevail, with all its horrors, including the death of his son and the injustices perpetrated on Tulsa’s Black community.