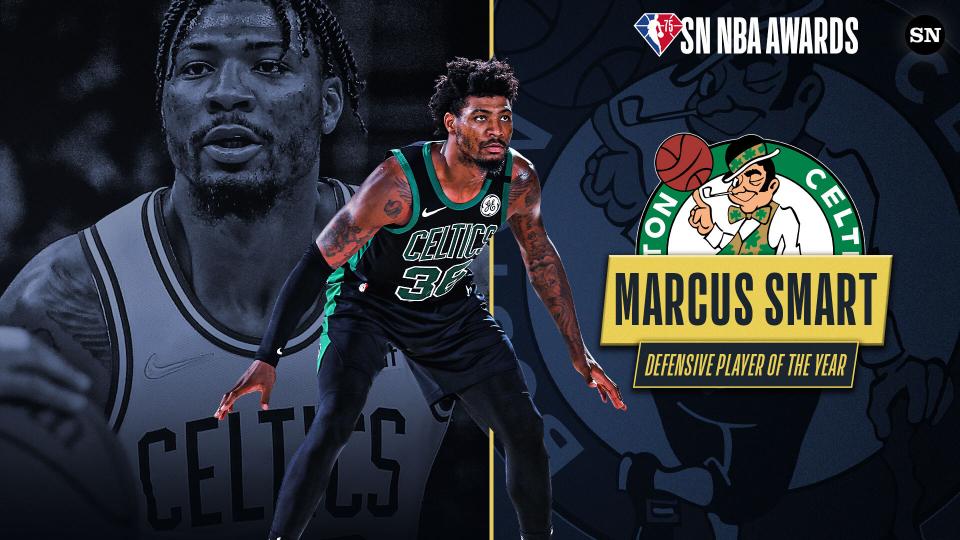 For the first time since 1996, the NBA’s Defensive Player of the Year is shorter than 6-foot-7.

Marcus Smart, who played two seasons at Oklahoma State, was awarded the honor Monday. Smart, listed at 6-4, is in his eighth season with the Boston Celtics after the franchise took him with the No. 6 pick in the 2014 NBA Draft.

He played outstandingly in the Celtics’ playoff-opening victory against the Brooklyn Nets this past weekend. He had 20 points, seven rebounds, six assists and a pair of steals.
For the entire article go to: www.pistolsfiringblob.com