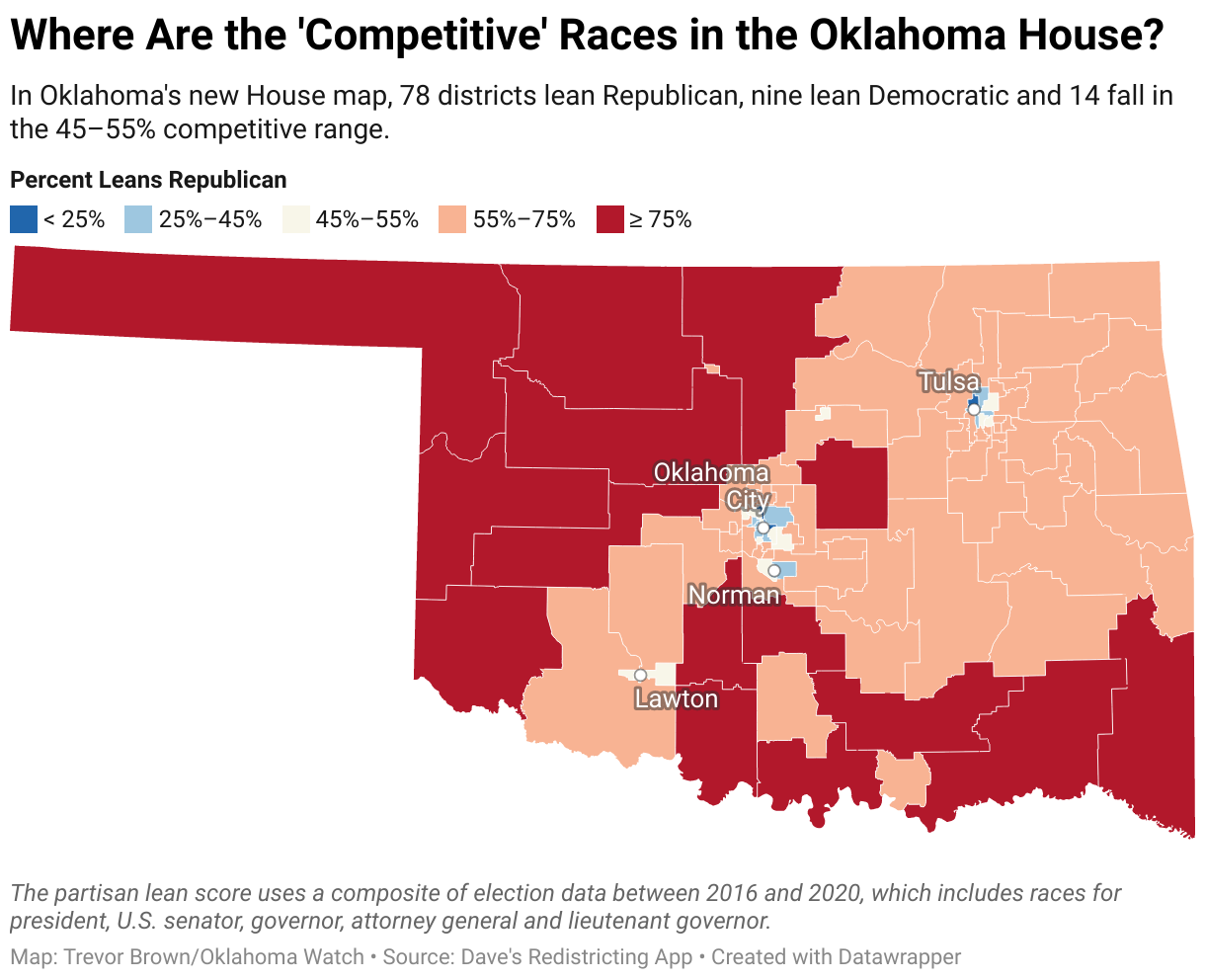 Today’s political leaders carry the torch for justice and equity

In the almost decade old wake of the 2013 Supreme Court’s decision that deemed the preclearance requirement of Section 5 (Voting Rights Act 1965) as unconstitutional, many state legislators and constituents remain engaged in a conflict centered within redistricting.

The percentage of people in Oklahoma who identify as white alone, not Hispanic or Latino, dropped from 68.7% in 2010 to 60.8% in 2020, while those who identify as Hispanic, or Latino, jumped from 8.9% to 11.9% during the same period and remained the second-largest racial or ethnic group in the state. As the racial and ethnic demographics of the Greater Tulsa Area continue to evolve, revealing a greater representation of Non-Hispanic White voting constituencies, Tulsans are challenged to address the question “Should the right of representation be protected?

In a state largely governed by Non-Hispanic White lawmakers, republicans, who advance legislation significantly at odds with a growing and diverse constituency, the necessary protections considered by most lawmakers remain a topic of perceived indifference… and at times simply a relic of a history ignored.

The Tulsa County Democratic Party, civic engagement groups and their related members must remain fully aware of how the state’s constitutional provisions may be leveraged to effect an outcome that incrementally silences their voices.

The fight against equal representation

As reported by FiveThiryEight, 28 states have completed redrawing their congressional maps as of this month, while others continue their efforts in earnest (the result is the same… minimizing the voting power of People of Color). State legislatures, specifically those in Midwestern and southern states, now recognize an opportunity to stem the tide of shifting demographics and voting patterns. Cloaked beneath the rhetoric of state “constitutional duty”, fueled by a perceived theft of the 2020 U.S. presidential election, the Grand Old Party’s efforts to disenfranchise African American/Black, American Indian, and Hispanic voters is gaining ground.

The Oklahoma Legislature approved new state House and Senate districts earlier last year, months ahead of the 2020 U.S. Census Bureau estimates released in August (2021), which revealed a declining Non-Hispanic White and conversely more urban population. PlanScore, a nonpartisan non-profit group that analyzes the political and demographic leanings of maps nationwide, assessed initial redistricting plans as going “from bad to even worse, with the proposed House and Senate maps favoring Republicans more than before.”

As expected the state legislature was forced to take up the issue last November. Unfortunately, although anticipated, House Bill 1002 was passed by the 58th Oklahoma Legislator and signed by Governor Stitt. In the 101-member House, 78 will now lean Republican, nine will lean Democratic and 14 fall in the 45–55% competitive range in the House.

Earlier this month the Ohio Supreme Court struck down the state GOP’s partisan effort to silence the civic will of voters, ruling the plan invalid  as it did not attempt to draw a plan that meets the standard in Section 6(A)—that no plan shall be drawn primarily to favor a political party.

In Michigan, current and former Black state lawmakers announced a pending lawsuit to block Michigan’s newly drawn congressional and legislative districts, contending they illegally dilute the voting strength of African Americans. Detroit, where Black voters are approximately 80% of the population, had five state Senate districts under the previous map. It will be part of eight districts under the new map with the seats also including areas of Oakland and Macomb counties. The existing maps included 15 such seats by the end of the decade: two in the U.S. House, two in the state Senate and 11 in the state House. Proposed maps would reduce them to seven, all in the state House. The diluted Black districts will be absorbed by two predominately Non-Hispanic White voting districts.

In Alabama, a panel of three federal judges tasked with determining the impact of the recent GOP redistricting legislation, unanimously concluded this week that “Black voters have less opportunity than other Alabamians to elect candidates of their choice to Congress”. The panel has subsequently ordered the state to draw new congressional maps. African Americans make up 27% of the state’s population, yet ethnic minorities have a majority of voters in only one of the state’s seven congressional districts.

Tulsa legislators, civic groups and constituents who advance policies and legislation crafted to preserve a legacy of power-by-suppression must be met by a citizenry who faithfully embraces the spirit and principals of the Voting Rights Act of 1965.  Such an embrace must be recognized as the rising voices of those who oppose disenfranchisement, support for equity-centric ballot initiatives; and civic engagement that rejects inequality. We must remain keenly aware of all legislative efforts to diminish our vote and encourage our neighbors, families, and friends to stand with us…. As our battle for an equitable representative democracy never ceases.