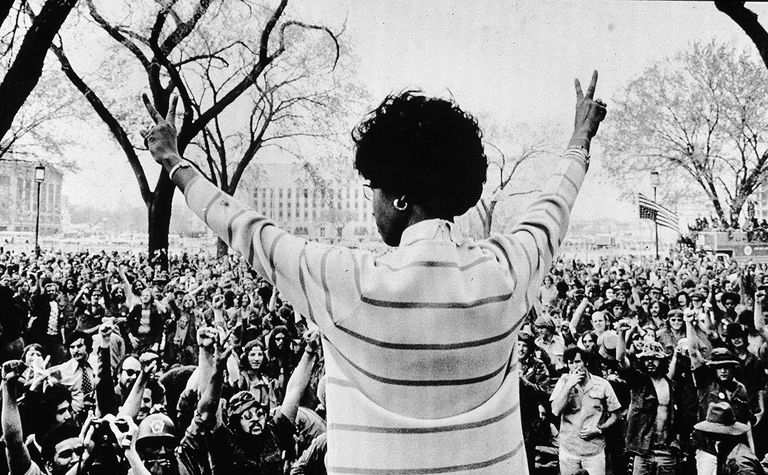 Black women have made important contributions to the United States throughout its history. However, they are not always recognized for their efforts, with some remaining anonymous and others becoming famous for their achievements. In the face of gender and racial bias, Black women have broken barriers, challenged the status quo, and fought for equal rights for all. The accomplishments of Black female historical figures in politics, science, the arts, and more continue to impact society.

Contralto Marian Anderson is considered one of the most important singers of the 20th century. Known for her impressive three-octave vocal range, she performed widely in the U.S. and Europe, beginning in the 1920s. She was invited to perform at the White House for President Franklin Roosevelt and First Lady Eleanor Roosevelt in 1936, the first African American so honored. Three years later, after the Daughters of the American Revolution refused to allow Anderson to sing at a Washington, D.C. gathering, the Roosevelts invited her to perform on the steps of the Lincon Memorial.

Anderson continued to sing professionally until the 1960s when she became involved in politics and civil rights issues. Among her many honors, Anderson received the Presidential Medal of Freedom in 1963 and a Grammy Lifetime Achievement Award in 1991.

Mary McLeod Bethune was an African American educator and civil rights leader best known for her work co-founding the Bethune-Cookman University in Florida. Born into a sharecropping family in South Carolina, the young Bethune had a zest for learning from her earliest days. After stints teaching in Georgia, she and her husband moved to Florida and eventually settled in Jacksonville. There, she founded the Daytona Normal and Industrial Institute in 1904 to provide education for Black girls. It merged with the Cookman Institute for Men in 1923, and Bethune served as president for the next two decades.

A passionate philanthropist, Bethune also led civil rights organizations and advised Presidents Calvin Coolidge, Herbert Hoover, and Franklin Roosevelt on African American issues. In addition, President Harry Truman invited her to attend the founding convention of the United Nations; she was the only African American delegate to attend.

Shirley Chisholm is best known for her 1972 bid to win the Democratic presidential nomination; she was the first Black woman to make this attempt in a major political party. However, she had been active in state and national politics for more than a decade and had represented parts of Brooklyn in the New York State Assembly from 1965 to 1968. She became the first Black woman to serve in Congress in 1968. During her tenure, she co-founded the Congressional Black Caucus. Chisholm left Washington in 1983 and devoted the rest of her life to civil rights and women’s issues.

Althea Gibson started playing tennis as a child in New York City, winning her first tennis tournament at age 15. She dominated the American Tennis Association circuit, reserved for Black players, for more than a decade. In 1950, Gibson broke the tennis color barrier at Forest Hills Country Club (site of the U.S. Open); the following year, she became the first African American to play at Wimbledon in Great Britain. Gibson continued to excel at the sport, winning both amateur and professional titles through the early 1960s.

Dorothy Height has been described as the godmother of the women’s movement because of her work for gender equality. For four decades, she led the National Council of Negro Women (NCNW )and was a leading figure in the 1963 March on Washington. Height began her career as an educator in New York City, where her work caught the attention of Eleanor Roosevelt. Beginning in 1957, she led the NCNW and also advised the Young Women’s Christian Association (YWCA). She received the Presidential Medal of Freedom in 1994.

Rosa Parks became active in the Alabama civil rights movement after marrying activist Raymond Parks in 1932. She joined the Montgomery, Alabama, chapter of the National Association for the Advancement of Colored People (NAACP) in 1943 and was involved in much of the planning that went into the famous bus boycott that began the following decade. Parks is best known for her December 1, 1955, arrest for refusing to give up her bus seat to a White rider. That incident sparked the 381-day Montgomery Bus Boycott, which eventually desegregated that city’s public transit. Parks and her family moved to Detroit in 1957, and she remained active in civil rights until her death.

Augusta Savage displayed an artistic aptitude from her youngest days. Encouraged to develop her talent, she enrolled in New York City’s Cooper Union to study art. She earned her first commission, a sculpture of civil rights leader W.E.B. Du Bois, from the New York library system in 1921, and several other commissions followed. Despite meager resources, she continued working through the Great Depression, making sculptures of several notable Black people, including Frederick Douglass and W. C. Handy. Her best-known work, “The Harp,” was featured at the 1939 World’s Fair in New York, but it was destroyed after the fair ended.

Enslaved from birth in Maryland, Harriet Tubman escaped to freedom in 1849. The year after she arrived in Philadelphia, Tubman returned to Maryland to free her family members. Over the next 12 years, she returned nearly 20 times, helping more than 300 enslaved Black people escape bondage by ushering them along the Underground Railroad. The “railroad” was the nickname for a secret route that enslaved Black people used to flee the South for anti-slavery states in the North and to Canada. During the Civil War, Tubman worked as a nurse, a scout, and a spy for Union forces. After the war, she worked to establish schools for formerly enslaved people in South Carolina. In her later years, Tubman also became involved in women’s rights causes.

Born in Africa, Phillis Wheatley came to the U.S. at age 8, when she was captured and sold into enslavement. John Wheatley, the Boston man who enslaved her, was impressed by Phillis’ intellect and interest in learning, and he and his wife taught her to read and write. The Wheatleys allowed Phillis time to pursue her studies, which led her to develop an interest in poetry writing. A poem she published in 1767 earned her much acclaim. Six years later, her first volume of poems was published in London, and she became known in both the U.S. and the United Kingdom. The Revolutionary War disrupted Wheatley’s writing, however, and she was not widely published after it ended.

Charlotte Ray (Jan. 13, 1850–Jan. 4, 1911)
Charlotte Ray has the distinction of being the first African American woman lawyer in the United States and the first woman admitted to the bar in the District of Columbia. Her father, active in New York City’s Black community, made sure his young daughter was well educated; she received her law degree from Howard University in 1872 and was admitted to the Washington, D.C., bar shortly afterward. Both her race and gender proved to be obstacles in her professional career, and she eventually became a teacher in New York City instead.