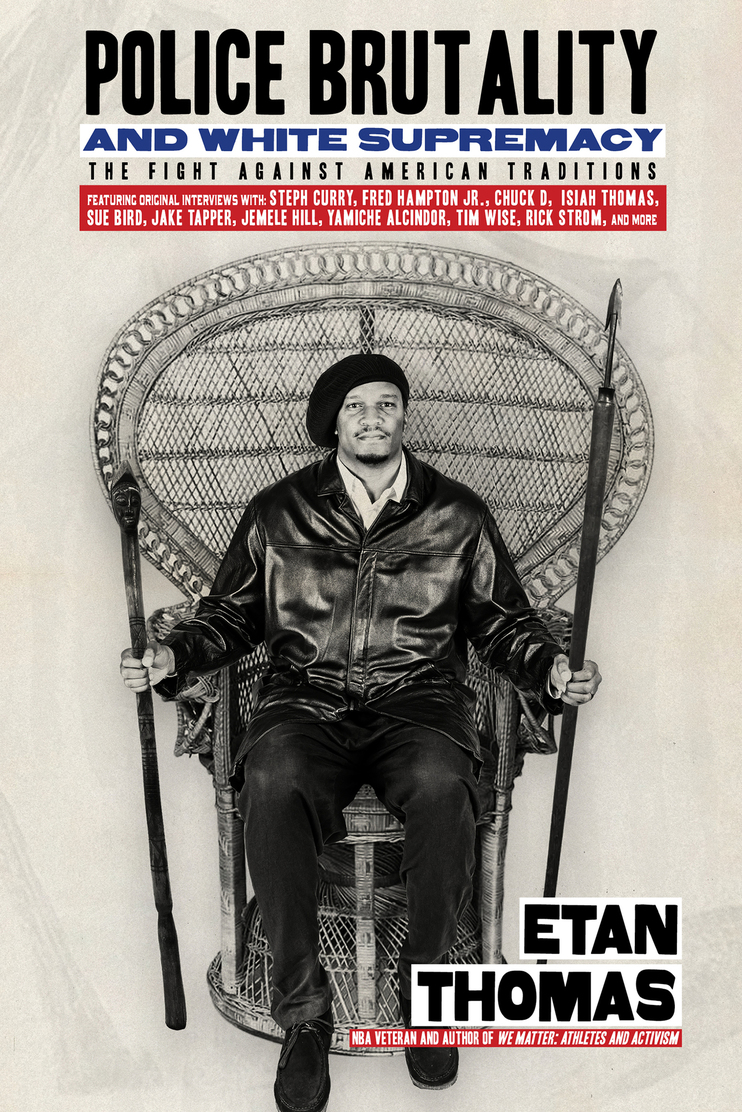 “Thomas speaks with athletes, activists, religious leaders, and family members of victims of police brutality about systemic racism, exploring such topics as Rodney King, the Central Park Five, and the January 6 attack on the U.S. Capitol. The strength of this book lies in its range.” —Booklist

Thomas speaks with retired police officers about their efforts to change policing, and white allies about their experiences with privilege and their ability to influence other white people. Thomas also examines the history of racism, white supremacy, and the prevalence of both in the current moment. He looks at the origins of white supremacy in the US, dating back to the country’s inception, and explores how it was interwoven into Christianity—interviewing leading voices both in and outside of the church. Finally, with prominent voices in the media and education, Thomas discusses the continued cultivation of these injustices in American society.

Police Brutality and White Supremacy demands accountability and justice for those responsible for and impacted by police violence and terror. The book offers practical solutions for racist policing and methods of working against the promotion of white supremacy, stressing the importance of white allyship, as well as combating racism within the Christian community.