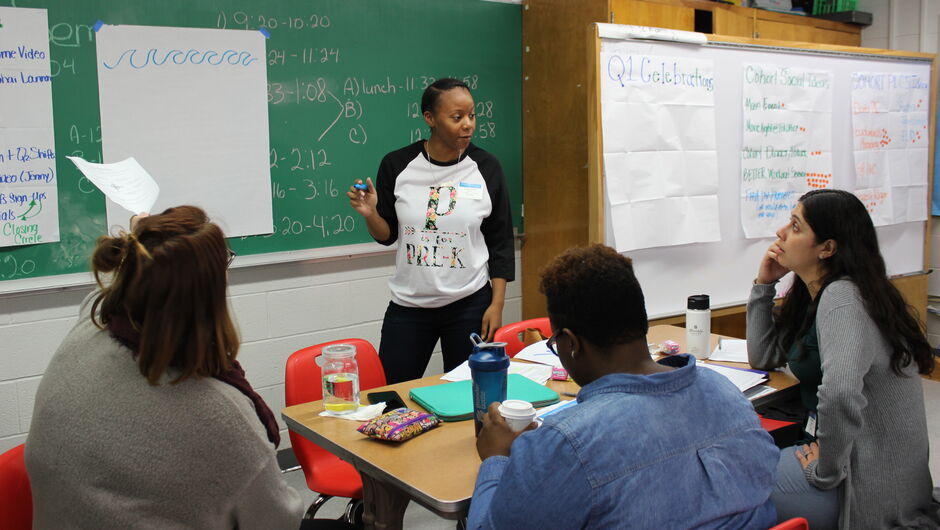 Tulsa students could be losing their teacher in the new year as some Tulsa Public Schools educators plan to leave their positions after winter break.

“There are a lot of teachers who are looking for the exits right now,” said Rep. John Waldron representing District 77 and former Tulsa teacher. “People who have worked for 30 years in education will tell you that the last two years have been the hardest they’ve ever worked.”

According to Waldron and the Tulsa Classroom Teachers Association, many teachers have contracts that end this month and see that as an opportunity to leave.

Shawna Mott-Wright, President of TCTA, said the responsibilities of teachers have become too much to bare for some employees.

“It’s incredibly difficult work because there are fewer of us and that increases size and class size matters,” she said. “And then all of the things that our kids are bringing that they didn’t bring before. I am a high schools teacher and these kids have been on their own for the past two years, so seniors are acting like sophomores and freshmen are acting like 7th graders.”

She said behavioral development and classroom disruptions have been a common complaint of educators throughout the semester.

The Oklahoma Education Association conducted a survey in October and found 27% of respondents plan to leave teaching at the end of the year. In the survey, about 6% of people said they plan to retire early and about 16% said they are looking for a job outside of education.

Waldron, who taught for two decades in Tulsa, said being a teacher now is far different that it once was.

“We’ve always been used to living with inconveniences and difficulties and making sacrifices for the kids,” he said. “When they make all these sacrifices and then somebody screams at them at a school board meeting and they’re angry about masks and they throw all that on the teacher, well, is it fair to ask that teacher to continue to make sacrifices?”

Tulsa Public Schools wouldn’t confirm if teachers are planning to leave the district or if they are searching to replacements. A spokesperson for the district did say that the end of the year is a natural break in the school year.

“Therefore, as seen across Tulsa, the state, and the country, teachers may decide to resign around the winter break or in May after the school year is over so they do not disrupt their students’ learning,” she went on to say. “We have vacancies across the system. The same goes for school districts across the state, and Oklahoma continues to have a statewide teacher shortage. We continue to hire year round due to these shortages.”

Mott-Wright said there were issues before the pandemic with teacher shortages and the situation has grown worse.

“It’s really scary,” she said. “Several are leaving and that can be because of the job, the way they feel they’re being treated by students or it can be a number of reasons.”

Waldron said districts accepting teacher shortages shouldn’t be normal and instead, the Tulsa community should address why it’s happening.