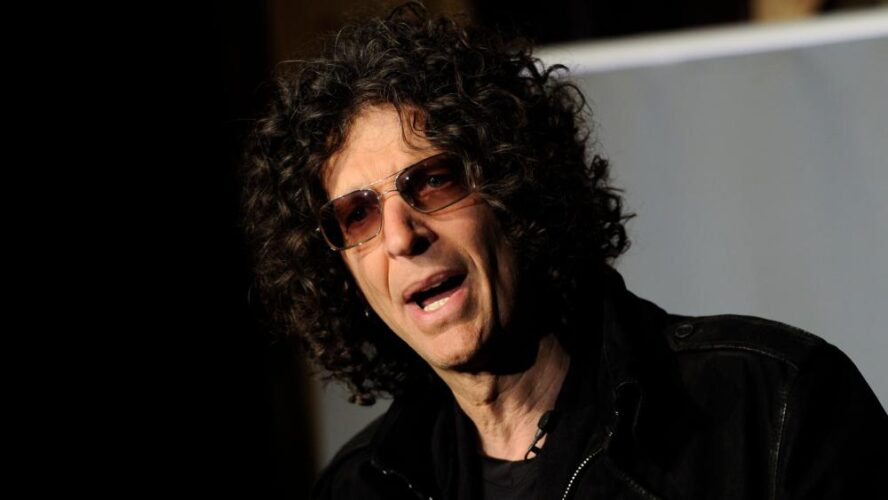 Howard Stern was reflecting this week on the coronavirus deaths of four conservative talk-radio hosts who had espoused anti-vaccine and anti-mask sentiments when he took aim at those who have refused to get vaccinated.

“I want my freedom to live,” he said Tuesday on his SiriusXM program. “I want to get out of the house. I want to go next door and play chess. I want to go take some pictures.”

The shock jock, who advocated for the coronavirus vaccine to be mandatory, then turned his attention to the hesitancy that has played a significant role in the U.S. spread of the virus, leading to what Rochelle Walensky, director of the Centers for Disease Control and Prevention, has called a “pandemic of the unvaccinated.” He pointed to unvaccinated people who are “clogging” up overwhelmed hospitals, calling them “imbeciles” and “nut jobs” and suggesting that doctors and nurses not treat those who have not taken a coronavirus vaccine.

“I’m really of mind to say, ‘Look, if you didn’t get vaccinated [and] you got covid, you don’t get into a hospital,’” he said. “You had the cure and you wouldn’t take it.”

Stern’s comments come after several other celebrities expressed to their large social media audiences their frustration with the ongoing lag in vaccinations when hospitals are being pushed to their limits by the highly transmissible delta variant.

More than 185,000 coronavirus infections were reported Wednesday across the United States, according to data compiled by The Washington Post. Nearly 102,000 people are hospitalized with covid-19; more than 26,000 are in intensive care units. A slight decline in hospitalizations over the past week has inspired cautious optimism among public health leaders.

While there is not a nationwide vaccine mandate, President Biden is expected to sign an executive order Thursday requiring that all federal employees be vaccinated, without an alternative for regular coronavirus testing to opt out of the mandate, The Post reported. The order affecting the estimated 2.1 million federal workers comes as Biden plans to outline a “robust plan to stop the spread of the delta variant and boost covid-19 vaccinations,” the White House said.

Biden expected to order all federal workers to be vaccinated, with no testing option

Health officials, doctors and nurses nationwide have urged those still hesitant to get vaccinated — and some have gone a step further. Jason Valentine, a physician in Mobile, Ala., informed patients last month that he would not treat anyone who was unvaccinated, saying there were “no conspiracy theories, no excuses” preventing anyone from being vaccinated. Linda Marraccini, a doctor in South Miami, said this month that she would not treat unvaccinated patients in person, noting that her office would “no longer subject our patients and staff to unnecessary risk.”

The summer surge also has led celebrities to use their platform to either call on unvaccinated people to get vaccinated or to denounce them for not doing so. Actor and activist Sean Penn said the vaccine should be mandatory and has called on Hollywood to implement vaccination guidelines on film sets. Actors Benicio Del Toro and Zoe Saldana were part of a vaccine video campaign this year to help debunk misinformation about coronavirus vaccination. When actress Melissa Joan Hart revealed her breakthrough coronavirus case last month, she said she was angry that the nation “got lazy” about getting vaccinated and that masking was not required at her children’s school.

Late-night talk host Jimmy Kimmel suggested Tuesday that hospitals shouldn’t treat unvaccinated patients who prefer to take ivermectin — a medicine long used to kill parasites in animals and humans that has soared in popularity despite being an unproven covid-19 treatment and the subject of warnings by health officials against its use for the coronavirus. After noting that Anthony S. Fauci, the chief medical adviser to Biden, warned that some hospitals might be forced to make “tough choices” on who gets an ICU bed, the late-night host quipped that the situation was not difficult.

“That choice doesn’t seem so tough to me,” Kimmel said. “Vaccinated person having a heart attack? Yes, come right in; we’ll take care of you. Unvaccinated guy who gobbled horse goo? Rest in peace, wheezy.”

Stern has featured front-line workers on his show and has advocated for people to get vaccinated against the coronavirus. In December, the host interviewed Cody Turner, a physician at the Cleveland Clinic, about how the front-line doctor struggled with his mental health while treating infected patients when a vaccine was not widely available.

“We are drowning and we are in hell, and people don’t understand, not only what’s happening to people, you know, but patients across this country,” Turner said.

Stern was a fierce critic of then-President Donald Trump’s response to the pandemic, saying last year that his former friend was “treasonous” for telling supporters to attend large rallies, despite the risk of infection, in the run-up to the presidential election.On his eponymous program this week, Stern referred to four conservative talk-radio hosts who bashed the vaccine and eventually died of the virus: Marc Bernier, 65; Phil Valentine, 61; Jimmy DeYoung, 81; and Dick Farrel, 65. In the weeks and months leading up to their deaths last month, all four men had publicly shared their opposition to mainstream public health efforts when coronavirus infections were spiking.

“Four of them were like ranting on the air — they will not get vaccinated,” Stern said Tuesday. “They were on fire … they were all dying and then their dying words were, ‘I wish I had been more into the vaccine. I wish I had taken it.’”

After he played a clip of Bernier saying he would not get vaccinated, Stern suggested that the coronavirus vaccine be considered as normal as a measles or mumps vaccine.

“When are we going to stop putting up with the idiots in this country and just say it’s mandatory to get vaccinated?” he asked.