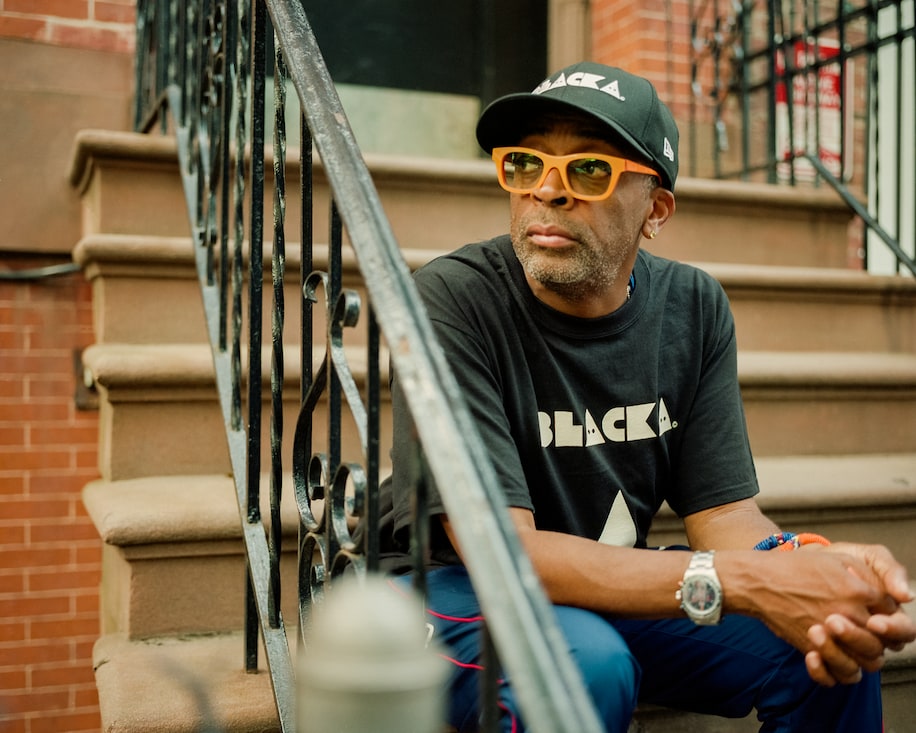 Spike Lee announced he would be reediting an episode of his new HBO documentary series about New York City amid criticism over his decision to feature 9/11 conspiracy theorists.

“I’m Back In The Editing Room And Looking At The Eighth And Final Chapter Of NYC EPICENTERS 9/11➔2021½,” he wrote in a statement shared Wednesday afternoon with members of the media. “I Respectfully Ask You To Hold Your Judgement Until You See The FINAL CUT.”

“NYC Epicenters 9/11➔2021½” premiered Sunday and will air two episodes each week until its finale on Sept. 11, the 20th anniversary of the terrorist attacks. Produced and directed by one of the city’s most prolific filmmakers, the series explores the resilience of New Yorkers and how they have grappled over the past two decades with the effects of landmark events like 9/11 and the coronavirus pandemic.

In the original cut, Lee reportedly allotted a significant portion of the eighth episode to interrogating why the twin towers collapsed as they did — even interviewing members of the conspiracy-theorist group Architects and Engineers for 9/11 Truth, including founder Richard Gage. Asked about his decision to include these theories in the series, Lee told the New York Times, “I mean, I got questions.”

“And I hope that maybe the legacy of this documentary is that Congress holds a hearing, a congressional hearing about 9/11,” he said.

Pushed to expand upon whether that meant the filmmaker didn’t accept the official explanation for the collapse — which a years-long investigation by the National Institute of Standards and Technology attributed to fires weakening the floors and already impacted steel support columns — Lee said, “The amount of heat that it takes to make steel melt, that temperature’s not reached.”

“And then the juxtaposition of the way Building 7 fell to the ground — when you put it next to other building collapses that were demolitions, it’s like you’re looking at the same thing,” he continued. “But people going to make up their own mind. My approach is put the information in the movie and let people decide for themselves. I respect the intelligence of the audience.”

Lee’s comments sparked backlash as they circulated online this week, given that, as Variety’s Caroline Framke wrote of the series, he seemed to be “in clear agreement with the Architects and Engineers for 9/11 Truth calling for a new investigation.” Although the original cut of the episode also included an interview with Shyam Sunder, who led 200 technical experts in conducting the NIST investigation over a three-year period, some critics argued Lee’s approach seemed to grant equal weight to the conspiracy theorists’ perspectives.

“Lee and HBO are offering Gage and his conspiracy theories the biggest and most mainstream platform they’ve ever had, pointing their viewers directly toward a bog of heinously dangerous ideas,” wrote Slate’s Jeremy Stahl. “Like other conspiracy theorists, Gage doesn’t just stick to 9/11, and if Lee’s viewers follow Gage down the rabbit hole, they likely won’t, either.”

Representatives for HBO haven’t yet returned The Washington Post’s request for comment on criticism of the original cut of the final episode.

This isn’t the first time Lee has nodded toward a conspiracy claim. In a 2005 interview with CNN, ahead of his HBO documentary “When the Levees Broke: A Requiem in Four Acts” about the aftermath of Hurricane Katrina, Lee said: “I don’t put anything past the United States government. I don’t find it too far-fetched that they tried to displace all the Black people out of New Orleans.”

In the Times interview, Lee grouped potential backlash to “NYC Epicenters 9/11➔2021½” with criticism he has received for his previous work.

“People have called me a racist for ‘Do the Right Thing.’ People said in ‘Mo’ Better Blues’ I was antisemitic. ‘She’s Gotta Have It,’ that was misogynist,” he said. “People are going to just think what they think. And you know what? I’m still here, going on four decades of filmmaking.”