The trouble with power is it sometimes lands in the wrong hands and worse is the belief it is absolute. ESPN and Fox News, two companies with poor records on race relations, are in the news for racially charged comments by powerful commentators.

Rachel Nichols at ESPN was caught on a hot mic revealing her feelings about an African American colleague. Maria Taylor, who won a plum assignment covering the NBA playoffs over her. Nichols’ claim: Taylor’s promotion was because ESPN was “feeling pressure about (its) crappy longtime record on diversity.” She has since apologized to Taylor for her observations, and ESPN has removed her as an NBA sideline reporter. On balance it was not overtly racist, but a claim Taylor won because of her color is indeed racist. Nichols did not disparage Taylor’s talent or say anything ugly. Nichols and her on-air panelists, who are Black and former NBA players, backed her apology. But this saga is far from over. And the National Association of Black Journalists has rightly demanded meeting with ESPN’s corporate owners, The Walt Disney Company. Let’s hope there is substantial changes afoot and not another foot in the mouth. 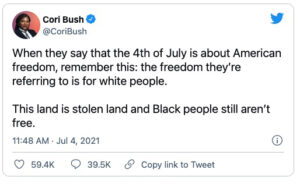 Perhaps an uglier example of racism on television was found on Fox TV as the network challenged the premise that America has a racist past and that no one should be less than patriotic during July 4th weekend. A tweet by Missouri Congresswoman Cori Bush set off a lot of republicans after she said America was stolen from Native Americans and that African Americans are not free.

Controversial Fox pugilist Jesse Watters said America was not stolen, it was “won on the battlefield.” Fellow panelist Geraldo Rivera asked what about Native Americans who lost 90% of their pre-colonial population. Watters shot back, “What about them?” He said also the Blacks are free in this country.

Time for a repeat it seems. Insert foot. 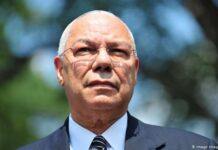 Maya Angelou To Appear On U.S. Quarter As Part Of The 2022 American Women Series