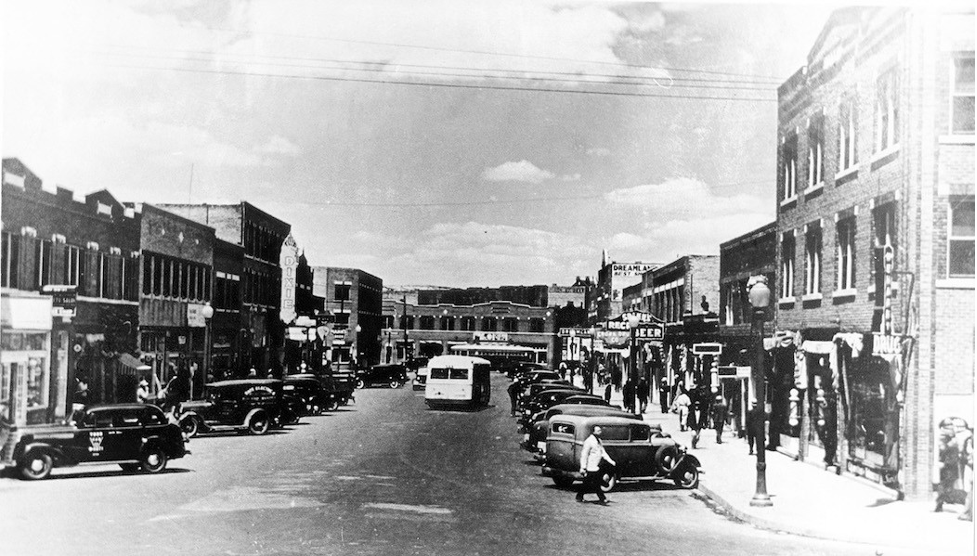 Economic Empowerment Day, one of the key events during the 10-day 1921 Tulsa Race Massacre Centennial Commemoration, will focus on closing the wealth gap between Black and other Americans. The goal of Economic Empowerment Day is to create a collective focal point for the national conversation on the Racial Wealth Gap and the inequality in access to capital. The event will include interactive sessions to drive change and catalyze the national dialogue for economic justice.

“Hosting an economic empowerment conference of this caliber with a critical focus on closing the Black wealth gap is transformational,” said Phil Armstrong, Project Director of the 1921 Tulsa Race Massacre Centennial Commission. “This discussion is essential to reviving the legacy of Black Wall Street and will help set the course for Black entrepreneurs to establish a legacy of wealth for themselves and generations to come.”

The hybrid conference, held in person and online June 1, will have three tracks for different audiences focused on specific areas of wealth disparity. One track is for institutional investors, one is for entrepreneurs and business owners, and the third is for individuals and families.

The event is presented by Nationwide, Bank of Oklahoma and JPMorgan Chase.

“I believe this conference can help catapult racial wealth change by providing access, information and strategies for attendees to make impactful changes in their own lives and spheres of influence,” said Eric Stevenson, conference co-host and President of Nationwide Retirement Solutions. “The conversations will be powerful, but more than that the programming for each track is dedicated to specific actions that we can take as individuals, as investors and as organizations to help change the financial trajectory for Black individuals, families and entrepreneurs.”

“Economic Empowerment Day not only commemorates the courage and legacy of a community of people that were successful years ago,” said Parker, “but shares with several emerging generations, the need to continue to be bold and innovative in fostering a new era of business transformation.”

Also co-hosting this event is Hill Harper, Founder/CEO of TheBlackWallStreet.com, award-winning actor, best-selling author and philanthropist. Harper is well known for his book “The Wealth Cure” and his work on ABC’s #1 television drama, The Good Doctor.

“Everyone is invited to attend this conference because we can all play a role in closing the racial wealth gap,” said Harper who is the confirmed keynote speaker for the “Black Wealth Street” track. “The various tracks allow attendees to learn how to build their own financial freedom – while at the same time those with privilege and power are learning how to implement change for financial equity across organizations, investments, and communities.”

Chris Gardner, entrepreneur and philanthropist, is confirmed as a closing keynote speaker in the final general session. Gardner travels the nation inspiring groups and individuals with his powerful story of homelessness to Wall Street. He is well known for his best-selling autobiography “The Pursuit of Happyness” and the inspiration his life provided for the 2006 film adaptation.

The event will be held from 10 a.m. to 2:30 p.m. on June 1 at the Cox Business Center in Tulsa and virtual tickets are also available. The event is open to everyone interested in advancing economic empowerment for the Black community.

Attendees may register online at www.Tulsa2021.org/EED/register. The virtual attendee rate is $19.21 and the in-person rate is $75.00. An allocation of free in-person and virtual tickets have been made available for Tulsa community partners courtesy of Citi.

In-person attendance will be limited due to COVID-19 and pre-registration is encouraged.

Proceeds will benefit the 1921 Tulsa Race Massacre Centennial Fund, administered as a donor-designated fund through the Tulsa Community Foundation. The Foundation is a 501(c)3 nonprofit organization. Specific priorities to be funded include access to capital for black entrepreneurs (TRMCC Economic Development Committee), entrepreneurship development programs (Sky’s the Limit/Mortar) and economic development and internship programs for black youth (Tulsa Regional Chamber/GKFF).