Rob Lederman, a sports radio host from Buffalo, specifically of Morning Bull on 97 Rock Buffalo, was fired for making a comment about Serena Williams and other black celebrities when he talked about women he found attractive.

This happened when the host, while speaking with ESPN’s Buffalo Bills reporter, Marcel Louis-Jacques, said, during the morning toast (The conversation was about what level on the toaster everyone on the show set for their morning toast): “I have them to the attractiveness of women that I find to be attractive.

I will never go to a Serena Williams level. But I’m very comfortable with a Halle Berry level.” Louis-Jacques tweeted the clip and Rob said: “There’s already an unfortunate and undeserved stigma attached to dark skin – so for Rob to take something undesirable like burnt toast and compare it to the skin color of any person is reprehensible and feeds into that stigma.”

Lederman told The Buffalo News that he had heard his words again and was horrified: “I could easily see how someone could be offended by that. I get that. It sounds terrible, and it is terrible.” Williams has won 73 WTA singles titles: 23 of these are Grand Slam events (all-time record in the Open Era, men included), making her the second player ever to have won more Majors in this specialty behind only Margaret Smith Court, who excels with 24.

He has completed the virtual Grand Slam, which consists in winning four consecutive Slams not in the same calendar year, twice (in the two years 2002-2003 and 2014-2015). She can also boast five year-end Master Cups and 19 Premier category tournaments (6 Premier Mandatory, 6 Premier 5 and 7 Premier), as well as 21 Tier I and Tier II titles and a gold medal won at the London Olympics in 2012.

Earning almost $29 million in prize money and endorsements, Williams was the highest paid female athlete in 2016. She repeated this feat in 2017 when she was the only woman on Forbes’ list of the 100 highest paid athletes with $27 million in prize money and endorsements. In December 2015, she was named Sportsperson of the Year by Sports Illustrated magazine. 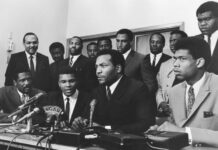 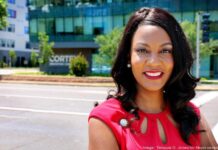