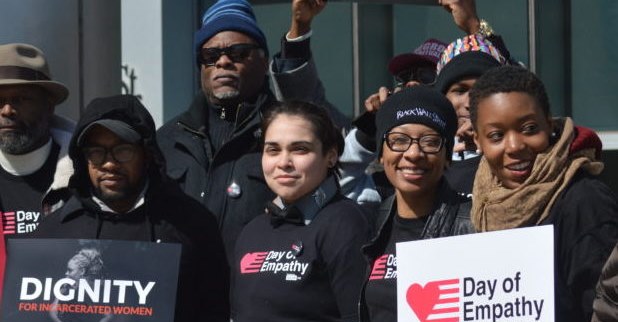 TULSA OK — It’s almost 100 years after one of our nation’s most atrocious racial massacres, the 1921 Racial Massacre of Black Wall Street. The massacre destroyed the once prosperous North Tulsa community. North Tulsa has suffered from racial systemic policies that have led to economic disinvestment and  the national coverage of an overpoliced community. North Tulsa zip codes have a higher rate of incarceration as a result.  The state locks up more people of color and more women than the national average. Families are harmed. Communities are harmed. Oklahomans have spoken up for reforms, seeking support for ballot measures in recent years. Some progress has been made, yet many people fail to understand the root problems. We will share the stories of directly impacted communities and how we are leading the change needed in our community to restore healing.

Join Block Builderz of Tulsa and Dream Corps Justice in solidarity on March 2, 2021, 6 p.m. to 8 p.m.,  for our third annual Day of Empathy, in virtual and live formats on Facebook and Zoom. See our Facebookpage for more information and event registration.  Empathy Network advocates and organizers across our nation will gather on this day to explore the role of empathy in changing existing policies and procedures.

On Empathy Day, participants will hear stories of people who have first hand experience of the injustice of the criminal justice system.  This event will explore the steps needed to get away from the “tough on crime” mentality that harms our communities in so many ways, to a restorative justice system that promotes healing. People who are involved in the justice system will share their stories with elected officials to promote solutions. Formerly incarcerated people, community leaders, advocates, and activists will have a  discussion with elected officials toward reimagining a justice system that heals.

This system of mass incarceration destroys families by tearing them apart. Innocent childhoods have been lost when wrongful convictions are overturned decades later. “Oklahoma has ranked 7th in the nation for wrongful conviction since 1993.”  Children face the possibility of being lost in the system as a parent sits in a cell awaiting trial because he or she can not afford bail. As a result, more than 96 percent of cases never go to trial as many people – even those who are innocent – accept plea bargains to get back to their families and their jobs. Freedom should be free! Join us to learn how to build Empathy in Action!