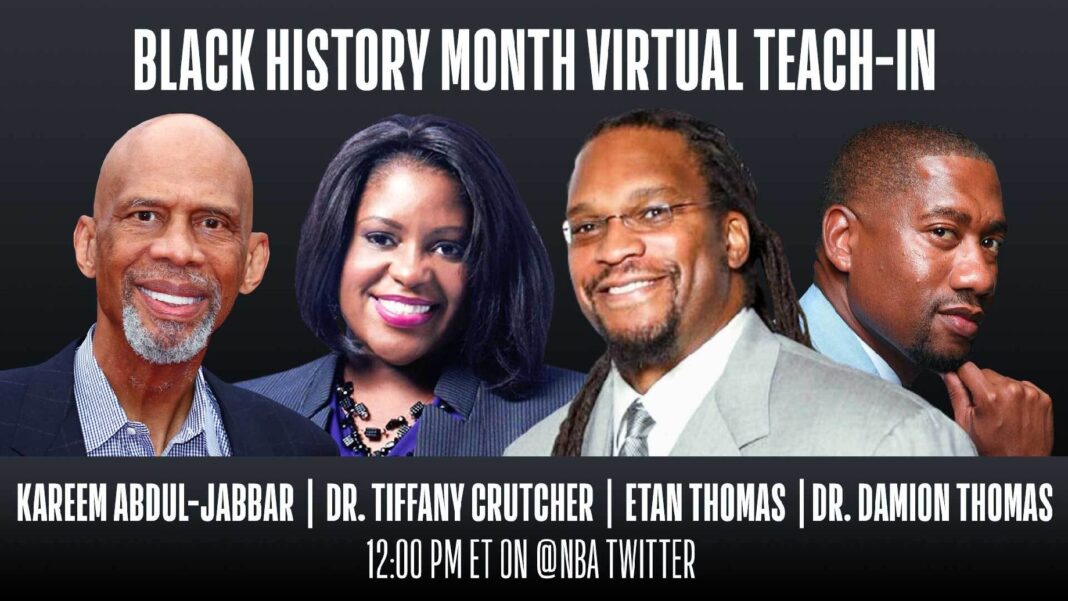 The NBA will continue its celebration of Black culture and reflection on Black history on Friday, February 12 at noon ET with the first of two virtual conversations focused on underappreciated lessons of Black history, NBA history, historical revisionism and the importance of reckoning with our past.

The group will reflect on under-taught and ignored parts of Black history, including the 1921 Tulsa Race Massacre and the historical roots of our criminal justice system. The conversation will also explore the NBA family’s role in fighting for change during the civil rights movement and how current NBA and WNBA players and coaches carry on that legacy today by speaking out on issues of radicalized violence, the urgent need to reform our criminal justice system and combating voter suppression.

Following its stream on Twitter, the virtual teach-in will also air on NBA TV at 7:30 p.m. ET on Thursday, Feb. 18 and will re-air on Sunday, Feb. 21 at 1:30 p.m. ET. Please visit NBA.com/BHM for additional information on team and league Black History Month celebrations throughout the month of February and beyond. #BHM

WHEN: Friday, February 12 at noon ET