One of the most self-hating African Americans the modern world has ever witnessed is now the mother of a Black baby boy.

According to her own tweet on Saturday afternoon, Candace Owens said her “first born son” came into the world on Jan. 13. The tweet was accompanied by a photo of the innocent child and said the baby boy was a result of God blessing her when she quoted Psalm 127:3: “Children are a gift from the Lord; they are a reward from him.”

Owens also offered a bit of self-reflection: “It’s true what they say— the whole world stops when your child is born,” she wrote.

Owens is married to George Farmer, a white man who is apparently the baby’s father.

While some people may prefer to refer to the race of Owens’ baby as “mixed,” chances are pretty good that the rest of the world will call him Black, thanks to the centuries-old one-drop of “Black blood” rule that deems anyone with any sort of African heritage to be Black.

Owens for the bulk of her public life has been decidedly anti-Black in her political and social stances. 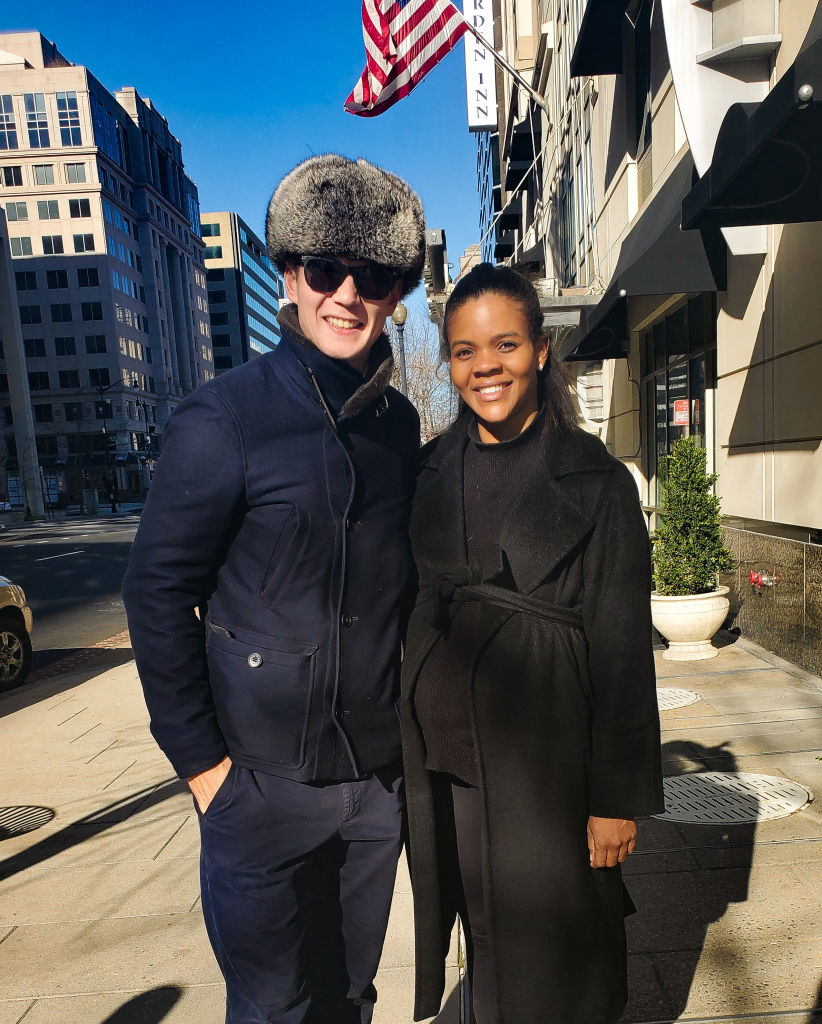 George Farmer and Candace Owens are seen on the streets of Washington, D.C., on January 9, 2021. | Source: James Devaney / Getty

It wasn’t that long ago when Owens defended a police officer for killing Rayshard Brooks, an unarmed Black man who was shot in the back in Atlanta last year. She took a similarly vile stance regarding the vigilante mob killing of Ahmaud Arbery, who was jogging when a group of white racists racially profiled him, armed themselves, chased him down, trapped him and shot him dead in broad daylight in Georgia nearly a year ago.

That type of recklessly self-hating rhetoric may be hard for Owens to reconcile with as motherhood to a Black boy begins to really sets in.

In the meantime, though, Owens track record of hatred goes well beyond just race. She’s expressed homophobic and transphobic reactions to people whose gender identities could be something her baby boy experiences in the future, too.

And about a year ago, Owens was disinvited from an appearance on a podcast after tweeting that “only women can give birth”. In response, Owens’ invitation to appear on the “I Weigh” podcast was swiftly rescinded because host Jameela Jamil said those comments would make the trans people working on the production feel “unsafe.”

That is to speak nothing of the glowing terms in which Owens has referenced Nazi leader Adolf Hitler.

‘I Am On The Side Of Mob Rule’: Watch Candace Owens’ Freudian Slip About Antifa On Live TV