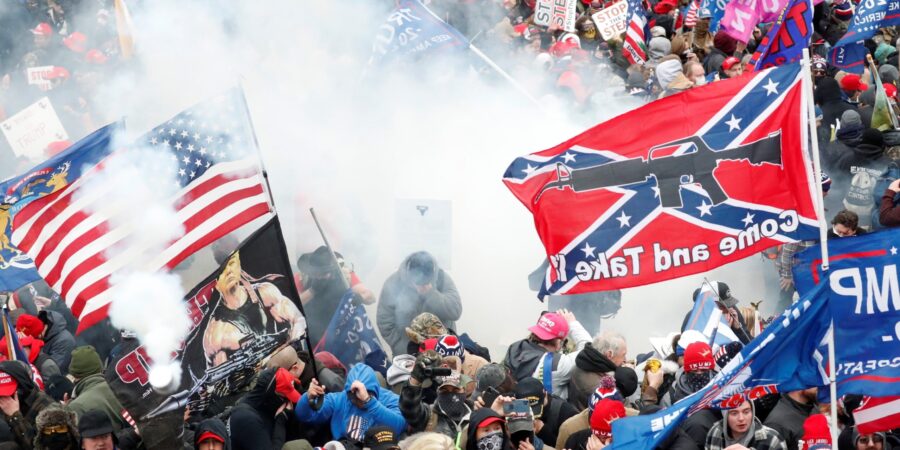 How To Celebrate The Dr. King Holiday

Two Black officers told BuzzFeed News that their chief and other upper management left them totally unprepared and were nowhere to be found on the day.

The first glimpse of the deadly tragedy that was about to unfold came at 9 a.m. on the morning of the insurrection for one Black veteran of the US Capitol Police. But it didn’t come from his superiors — instead the officer had to rely on a screenshot from Instagram sent to him by a friend.

“I found out what they were planning when a friend of mine screenshot me an Instagram story from the Proud Boys saying, ‘We’re breaching the Capitol today, guys. I hope y’all ready.’” The officer, who asked to remain anonymous out of fear of retaliation from his superiors, told BuzzFeed News that it was just a sign of the chaos that was to come, which saw officers regularly finding themselves unprepared and then outmanned and overpowered by the mob.

The officer said that while the department’s upper management had been telling them to prepare for Wednesday’s storming of the Capitol like they would for any other protest, that Instagram post sent a clear message: this wasn’t going to be just some kind of free speech protest — this was going to be a fight.

Management’s inaction left Black police officers especially vulnerable to a mob that had been whipped up by President Donald Trump, a man who has a record of inspiring racist vigilantes to action. One of the most defining videos of that day was of one of their colleagues, another Black officer, trying in vain to hold back the tide of rioters who had broken into the building and were hunting for Congressional members.

BuzzFeed News spoke to two Black officers who described a harrowing day in which they were forced to endure racist abuse — including repeatedly being called the n-word — as they tried to do their job of protecting the Capitol building, and by extension the very functioning of American democracy. The officers said they were wrong-footed, fighting off an invading force that their managers had downplayed and not prepared them for. They had all been issued gas masks, for example, but management didn’t tell them to bring them in on the day. Capitol Police did not respond to BuzzFeed News’ request for comment about the allegations made by officers.

While some of the images from that day appeared to show officers standing by to let the mob into the Capitol building, the veteran officer said that they had fought them off for two hours before the attackers eventually gained access. The officer said that many of the widely spread images of smiling marauders, wandering the halls dressed in absurd costumes, had the effect of downplaying how well prepared some of the rioters were to overtake the building, and even to capture and kill Congress members.

“That was a heavily trained group of militia terrorists that attacked us,” said the officer, who has been with the department for more than a decade. “They had radios, we found them, they had two-way communicators and earpieces. They had bear spray. They had flash bangs … They were prepared. They strategically put two IEDs, pipe bombs, in two different locations. These guys were military trained. A lot of them were former military,” the officer said, referring to two suspected pipe bombs that were found outside the headquarters of the Democratic National Committee and the Republican National Committee.

The officer even described coming face-to-face with police officers from across the country in the mob. He said some of them flashed their badges, telling him to let them through, and trying to explain that this was all part of a movement that was supposed to help.

“You have the nerve to be holding a Blue Lives Matter flag, and you are out there fucking us up,” he told one group of protesters he encountered inside the Capitol. “[One guy] pulled out his badge and he said, ‘We’re doing this for you.’ Another guy had his badge. So I was like, ‘Well, you gotta be kidding.’”

Another officer, a newer recruit, echoed these sentiments, saying that where he was on the steps to the Rotunda on the east side of the Capitol, he was engaged in hand-to-hand battles trying to fight the attackers off. But he said they were outnumbered 10 to 1, and described extraordinary scenes in which protesters holding Blue Lives Matter flags launched themselves at police officers.

“We were telling them to back up and get away and stop, and they’re telling us they are on our side, and they’re doing this for us, and they’re saying this as I’m getting punched in my face by one of them … That happened to a lot of us. We were getting pepper-sprayed in the face by those protesters — I’m not going to even call them protesters — by those domestic terrorists,” said the officer.

While it was a hard day for almost every officer at the Capitol, Black officers were in a particularly difficult position, he said, and he drew a stark contrast with how police handled the Black Lives Matter protests this summer.

“There’s quite a big difference when the Black Lives Matter protests come up to the Capitol,” he said. “[On Wednesday], some officers were catering to the rioters.”

He said that what upset him the most was when he later saw images of a white colleague taking a selfie with the attackers, seeming to enjoy his time with the insurrectionists who were roaming the US Capitol with Confederate flags and other symbols of white supremacy.

“That one hurt me the most because I was on the other side of the Capitol getting my ass kicked,” he said.

He is certain that if a group of Black Americans had stormed the Capitol, they wouldn’t have gotten that kind of friendly reception from his white colleagues.

“If you’re going to treat a group of demonstrators for Black Lives Matters one way, then you should treat this group the same goddamn way. With this group you were being kind and nice and letting them walk back out. Some of them got arrested but a lot of them didn’t. Everyone who came into that Capitol should have been arrested regardless if they didn’t take anything.”

The number of arrests has steadily increased in recent days, but it currently seems unlikely that everyone who breached the building on Wednesday will be arrested for their actions.

Five people died on Wednesday, including a Capitol Police officer. One protester was shot and killed by Capitol Police, while three others died of medical emergencies during the attack.

The older Black officer didn’t think it was a simple case of treating the rioters differently from BLM protesters, but instead part of a bigger issue with how the agency is managed.

“Our chief was nowhere to be found, I didn’t hear him on the radio. One of our other deputy chiefs was not there,” he said. “You don’t think it’s all hands on deck?”

The veteran officer welcomed the resignation of US Capitol Police chief, Steven Sund, but he thinks more needs to change at the agency, which answers to Congress and where security is not as tight as it should be.

“Congress can bring anybody in the building that they want. They can go outside and find 200 people, and say, ‘Hey, they’re with me. Come on in.’ They don’t have to go through security as long as a congressman said so,” he explained. “They just want to make Congress happy. So I think the next chief needs to come in and sit down with Congress.”

At the end of the night, after the crowds had been dispersed and Congress got back to the business of certifying president-elect Joe Biden’s victory, the veteran officer was overwhelmed with emotion, and broke down in the Rotunda.

“I sat down with one of my buddies, another Black guy, and tears just started streaming down my face,” he said. “I said, ‘What the fuck, man? Is this America? What the fuck just happened? I’m so sick and tired of this shit.’”

Soon he was screaming, so that everyone in the Rotunda, including his white colleagues, could hear what he had just gone through.

“These are racist-ass terrorists,” he yelled out.

In the seven years since Black Lives Matter has become a rallying cry, the image of a white cop deciding how and when to enforce law and order has become ubiquitous. On Wednesday, Americans saw something different, as Black officers tried to do the same, as they attempted to protect the very heart of American democracy. And instead of being honored by the supporters of a man who likes to call himself the “law and order” president, Black Capitol officers found themselves under attack.

“I got called a nigger 15 times today,” the veteran officer shouted in the Rotunda to no one in particular. “Trump did this and we got all of these fucking people in our department that voted for him. How the fuck can you support him?”