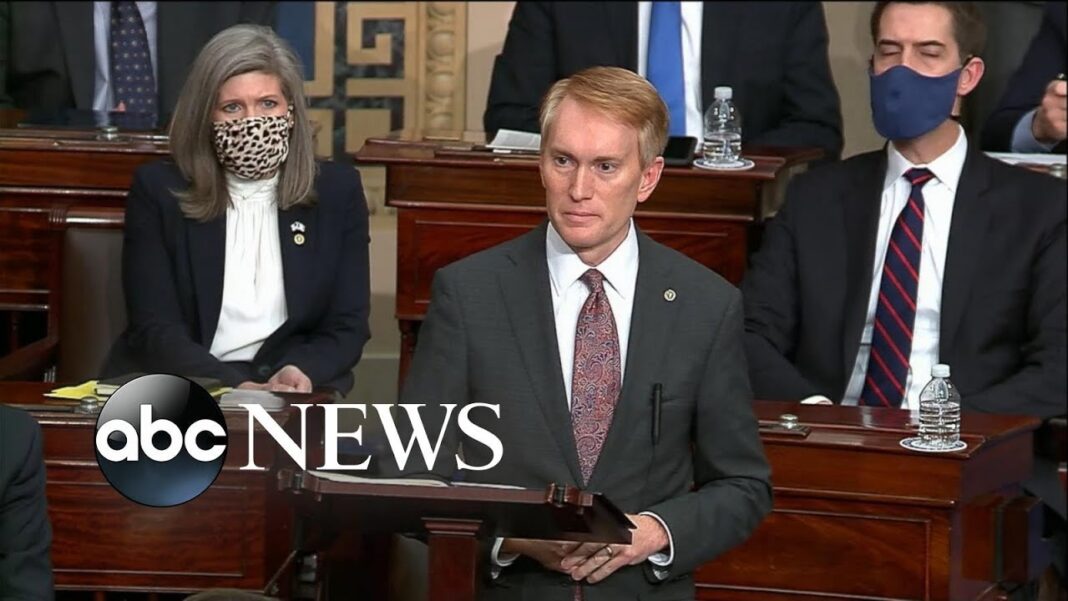 Members of Oklahoma’s congressional delegation sheltered in the Capitol complex and other locations while mobs of people protesting President Donald J. Trump’s election defeat stormed the House and Senate chambers.

Oklahoma Sen. James Lankford was speaking on the Senate floor when Capitol police began evacuating the chamber as the mobs stormed the building.

“Protesters have charged the Capitol and have surrounded the Senate chamber,” Lankford tweeted. “They have asked us to stay inside.”

When the Senate reconvened Wednesday night, about six hours after the riot, Lankford resumed his remarks, which had been aimed at challenging the Electoral College votes cast by Arizona, one of the states that Trump lost. Lankford was one of 11 senators who called for a special commission to study allegations of fraud, an effort Lankford conceded on Saturday was “a Hail Mary pass.”

He conceded Wednesday night that the commission wouldn’t be established and that Congress would certify the Electoral College votes making Democrat Joe Biden the next president of the United States. He voted not to uphold a challenge to Arizona’s electoral votes, reversing his previous position.

“And we will work together in this body to be able to set a peaceful example for the days ahead,” he said.

In an interview late Wednesday, Lankford acknowledged that the vote challenges were futile from the beginning. He said he and some of his colleagues decided after the rioters took over the Capitol that their consciences wouldn’t allow them to have “any part of this.”

“I support as I said in the speech, the facts have got to get out,” Lankford said. “But I can’t in good conscience take a vote tonight that also does in any way an affirmation of what happened today.”