An Oklahoma Democrat will go down in history, not only as the first Muslim to serve in the Oklahoma Legislature but as the first non-binary legislator in the United States.

House District 88 is known for being the most progressive voting bloc in the Oklahoma City metropolitan area.

In the race for HD88, Turner won the Democratic Party back in June, beating three-term incumbent Jason Dunnington, who has held the House District seat since 2014.

Turner was voted into office after defeating Republican nominee, Kelly Barlean, on election night. From a total of 13,453 votes, Turner claimed over 70%. 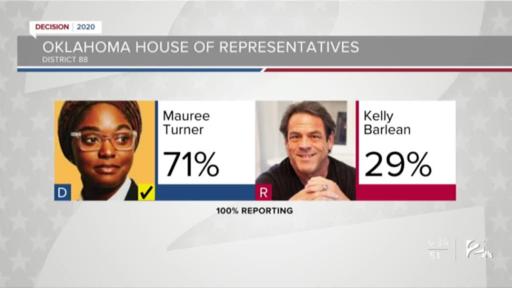 Turner is non-binary, meaning their gender identity is neither exclusively male or female. Non-binary individuals may use gender-neutral pronouns to identify themselves, such as the singular “they.” Turner is also black and queer.

While Turner has no previous experience in holding public office, Turner has a long history of community organization. Turner is currently the regional field director of the American Civil Liberties Union‘s, “Campaign for Smart Justice,” a criminal justice reform effort, serves as a board member for the Council on American-Islamic Relations, and has also worked with other community-based groups like Freedom Oklahoma.

Along with criminal justice reform, Turner wrote on the campaign website that they would prioritize teacher pay rates and education funding as well as increasing the minimum wage.

“As a child, I honestly remember having conversations with my mom where I thought that things would just be better if I was white, or if I was just different in some way, shape or form,” Turner said in an interview to the Oklahoman. “So, it means a lot to be able to provide that visibility for other folks.”