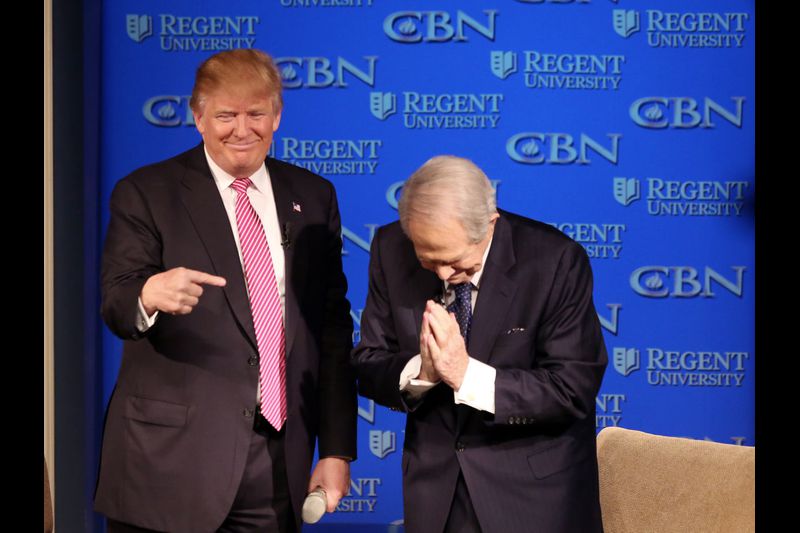 Televangelist Pat Robertson said on Thursday’s episode of his television program The 700 Club that the Black Lives Matter (BLM) movement is attempting to destroy Christianity.

BLM has gained social and political momentum since the May 25 death of George Floyd while in the custody of police officers in Minneapolis, Minnesota. Demonstrations and protests have been organized by BLM against racism and its prevalence in police culture. Some athletes have also been associated with BLM by choosing to kneel while the national anthem is played before games.

Robertson said he agreed with the general premise behind BLM, but “that legitimate thing has been hijacked by these radicals and they’re using that label to put forth an agenda and people need to be aware of it.”

“People should be aware that they’re not just standing with the poor oppressed Black people,” Robertson added. “Of course we want to stand with people against police brutality. Of course we do. But we don’t want to go along with a lesbian, anti-family, anti-capitalist Marxist revolution. We don’t want that for America.”

According to a list of core values on the BLM website, the organization intentionally creates a “beloved community that is bonded together through a beautiful struggle that is restorative, not depleting.” BLM also espouses a family support system that cares for people “collectively.”

Some Evangelical Christians have not fully embraced the BLM movement because of its perceived “Godless agenda.” In an August opinion piece, Southern Evangelical Seminary president Dr. Richard Land was “antithetical” to Christian beliefs.

“The BLM organization espouses an anti-biblical definition of love, freedom, and justice, as well as opposing the nuclear family and promoting same-sex and transgender ideologies, and is a self admittedly Marxist organization,” Dr. Land wrote.

Some pastors have embraced the BLM movement and voiced renewed support for the Black community. In June, popular pastor Joel Osteen referred to George Floyd’s death as a “turning point” for him.

Osteen, who pastors Lakewood Church in Houston and has millions who follow him on TV, referred to racism as a “human issue. Wrong is wrong and we want to lend our voice—you know this—but to stand with our Black brothers and sisters and stand against injustice and the things that have been wrong.”

In 2015, BLM co-founder Patrisse Cullors said during an interview with the Real News Network that she and others in the organization were “trained Marxists.”

“We are super-versed on, sort of, ideological theories,” Cullors said. “And I think that what we really tried to do is build a movement that could be utilized by many, many Black folk.”

For more updates on this article got to: www.newsweek.com