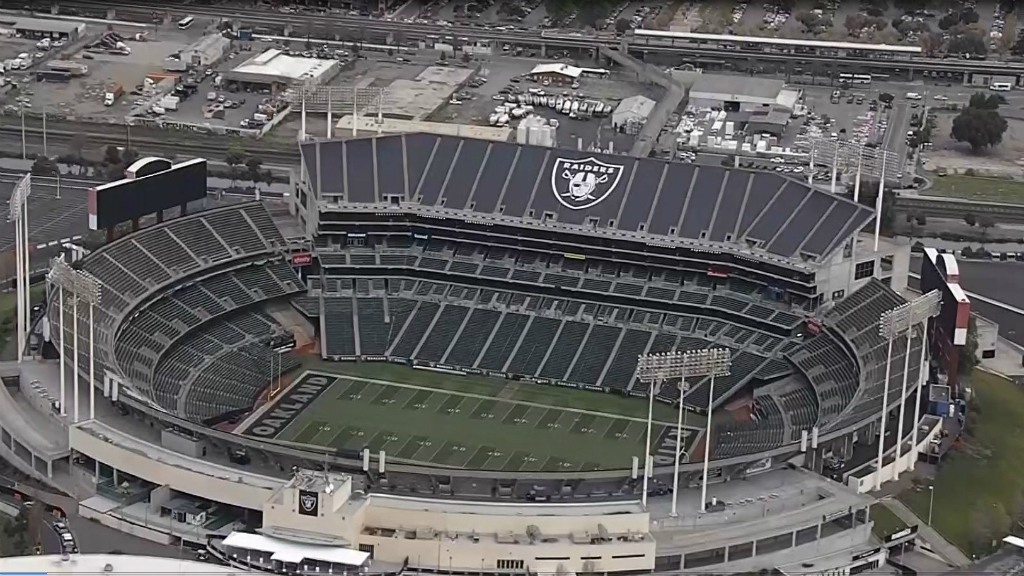 Thank You For The Symbolic Gestures But Black People Need Reparations

A group of Black business leaders heard back from the NFL about establishing a team in Oakland that would be wholly- or majority-owned by an African American, the leaders said Friday.

The idea is in its preliminary stages but the group put forth three options to create the team and the NFL did not reject them, said Ray Bobbitt, chair and spokesman for the African American Sports and Entertainment Group, which is the group of leaders.

“We are really excited about the proposals,” Bobbitt said. “The NFL could have outright rejected us.”

Not one NFL team is owned by an African American, while more than 70 percent of the NFL’s players are Black, the leaders said.

The NFL could benefit from this moment in history, Bobbitt said, through the movement for more equality in America for African Americans.

If the NFL is interested in doing it, the group is providing the vehicle to do it, he said.

One proposal involves finding a person with enough money to buy a team, which is the current rule in the NFL. That would require someone with enough to pay 30 percent of the franchise fee.

It’s unclear how much the franchise fee would be but it could be $1 billion, Bobbitt said.

Another proposal would allow for an exemption from that rule.

Someone would pay less than 30 percent of the franchise fee. The exemption allows for more than 24 others to hold some ownership in the team.

The third, the Green Bay model after the Green Bay Packers, would allow for community ownership and include 46 board members and, in this case, a Black chief executive.

In a statement, Bobbitt asserted, “Professional football and basketball are both cultural staples within the African American community the city of Oakland lost both sports franchises” in the Raiders and the Golden State Warriors moves to Las Vegas and San Francisco, respectively.

“Several community leaders in the African American community are concerned about what they perceive could be the latest indication of a growing trend in Oakland — cultural insensitivity and marginalization of African Americans — as well as the fear of future gentrification and displacement of East Oakland residents.”

Bobbitt believes there is political support in the Oakland community for a team. The mayor is among the politicians.

“The mayor has tremendous respect for Mr. Bobbitt and other Black entrepreneurs who want to make significant investments in Oakland, as well as claim long overdue ownership stakes within industries like the NFL,” the mayor’s spokesman Justin Berton said.

“The vision of Mr. Bobbitt’s group is a historic one that would make Oakland the home to the first African American-owned football team in the NFL — a league that desperately needs more diversity among its fraternity of owners,” he said.

Marchon Tatmon, who’s running for a seat on the city council, said he’s behind the idea as well.

“It’s prime time for an African American-owned team,” he said.

Also, he wants to develop a Hegenberger Road tourism zone that will rival Pier 39 in San Francisco.

The leaders are looking at the Oakland-Alameda County Coliseum as a place for the team and could develop the site surrounding it, which could include a convention center and an educational institution as part of the plan.