Candace Owens is one of the most controversial voices for the Republican party, but it doesn’t look like she’ll be using it for this week’s Republican National Convention.

The roster for key speakers has been released and includes the likes of President Donald Trump, Vice President Mike Pence, and multiple members of the first family like First Lady Melania Trump, Ivanka Trump, Eric Trump, Tiffany Trump, and more.

One face that was missing was that of Candace Owens, causing her to trend on Twitter because of her absence.

Are we supposed to have sympathy for Candace Owens because there is none. pic.twitter.com/gYXguyDUYj 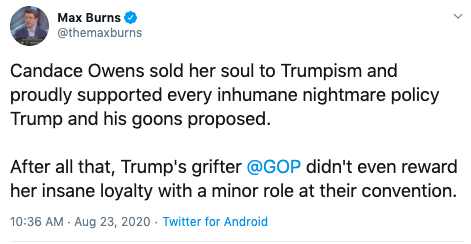 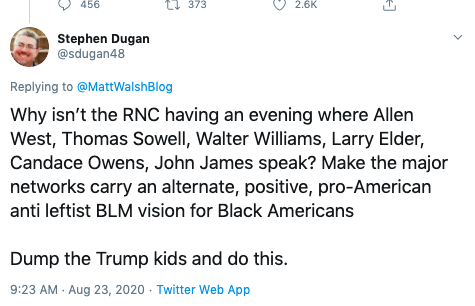 Candace Owens hasn’t reacted to not being a speaker yet. But she also made headlines for sharing her thoughts on Cardi B’s sit-down with Democratic presidential candidate Joe Biden. She tweeted:

“This is why the black community is not taken seriously by politicians. Look at what we put forth—saying “okkurrt” to a presidential candidate. This isn’t funny, it’s flat out embarassing & extraordinarily obtuse. But this is how the Democrats view all minorities: as imbeciles.” 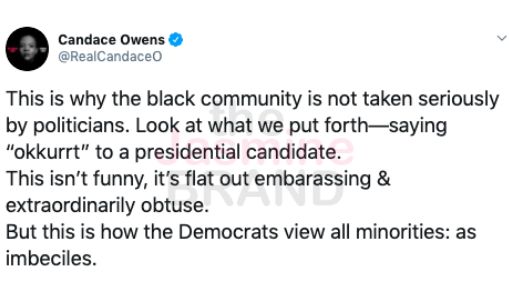