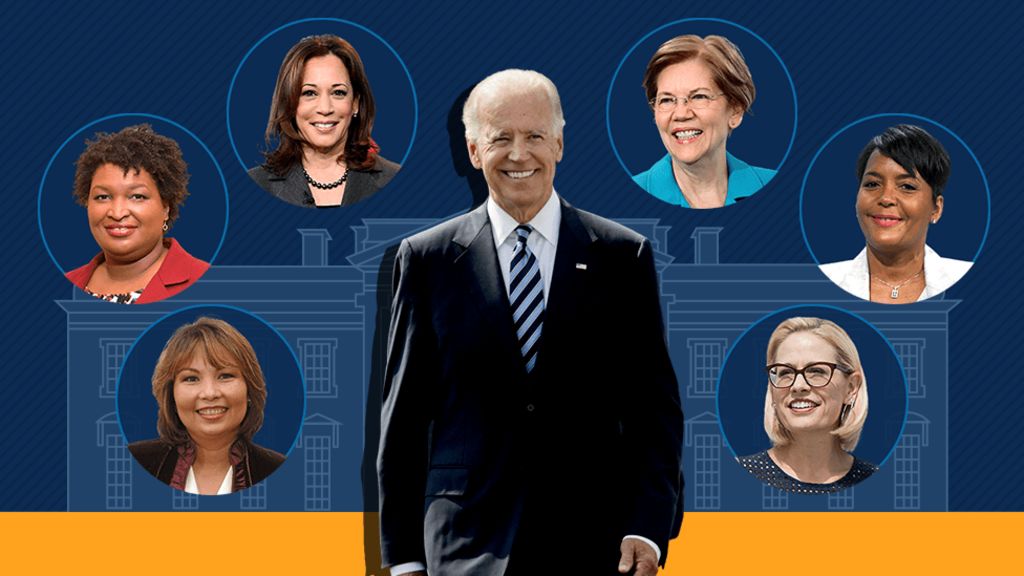 Joe Biden has been allowed to fly below most folks’ political radars as the pandemic consumes too many aspects of daily life. But the presumptive Democratic nominee’s apparent grace period was rapidly running out as the clock ticks toward his self-imposed deadline for picking a woman as his vice-presidential running mate.

But calls have grown louder for Biden to make sure the woman he selects is Black, a topic that seemed to get under the candidate’s skin when he was asked about it Monday night during an appearance on Joy Reid‘s new primetime MSNBC show. Biden’s body language suggested that he’s tired of being asked about it. He only would say that there are Black women among the group of people under consideration for the role and bragged about his support among the faithful voting bloc.

Biden’s non-answer was the latest non-committal response from Biden as interest grows about his pending choice for a running mate. He did, however, indicate that no matter who runs alongside of him, his cabinet “will look like America,” suggesting it would have the same multi-cultural makeup as the United States’ population. “Both from vice president to Supreme Court to Cabinet positions to every major position in the White House. It’s critically important that be the case.”

He made similar comments during an interview in April.

While having a racially diverse cabinet is by no means a consolation prize, not choosing a Black woman to be his running mate could have an adverse effect on Biden’s candidacy.

A recent analysis in the Washington Post suggested that Biden has already let on that he would not be selecting a Black woman to be his running mate. Noting that Biden has previously said he wants a running mate who is “simpatico with me, both in terms of personality as well as substance,” the Post suggested that was near impossible with a Black woman because “many of [Biden’s] deepest political alliances are with people of similar backgrounds, mainly white men.”

With that said, obviously, Biden is not considering a male for his running mate. And while the topic of Black women VPs has been a hot one, there are still multiple white women on Biden’s short-list, including Massachusetts Sen. Elizabeth Warren, Michigan Gov. Gretchen Whitmer and Illinois Sen. Tammy Duckworth. They are joined in part by an impressive group of Black women, including but not limited to California Sen. Kamala Harris and Stacey Abrams.

Biden has given himself a deadline of Aug. 1 to name his running mate.  A poll in April found that Biden running with a Black candidate could boost his chances of winning the 2020 election.

Picking a white running mate could be seen as a slap in the face of African Americans since Black voters have been largely credited with propelling Biden’s candidacy after Sanders jumped out to an early lead following the Iowa Caucuses and the New Hampshire primary in two very white states.

The logic behind choosing a Black woman as a running mate stems from the 2016 election when Hillary Clinton failed to turn out Black voters. In particular, 4.4 million voters decided against voting at all, including one-third of them who were Black, according to the Washington Post. If Biden chooses a Black running mate, that should, in theory, spur more of those voters who sat out the last election to participate this time around with most of them, in all likelihood, casting ballots against Donald Trump and ensuring a Democratic victory.

Polls have consistently shown Biden trouncing Trump in the general election. But at the rate that 2020 has been going, the only safe bet may just be to presume the unpredictable.