Last night I was sitting in my living room and a convoy of trucks drove by my home filled with law enforcement and National Guard troops.

I am a 59-year old African-American man and this brought back vivid childhood memories. On April 4, 1968, 18 days before my seventh birthday, I was in the middle of the street in my hometown, Detroit, Michigan playing urban baseball with my friends, using a hubcap as home plate, and neighbors’ cars as first, second, and third base.

Every kid on that street, including myself, ran as fast as we could. I asked my mother and grandmother, “Why did they kill him?” She answered, “Because they are racist and they would rather kill us than treat us fairly.” 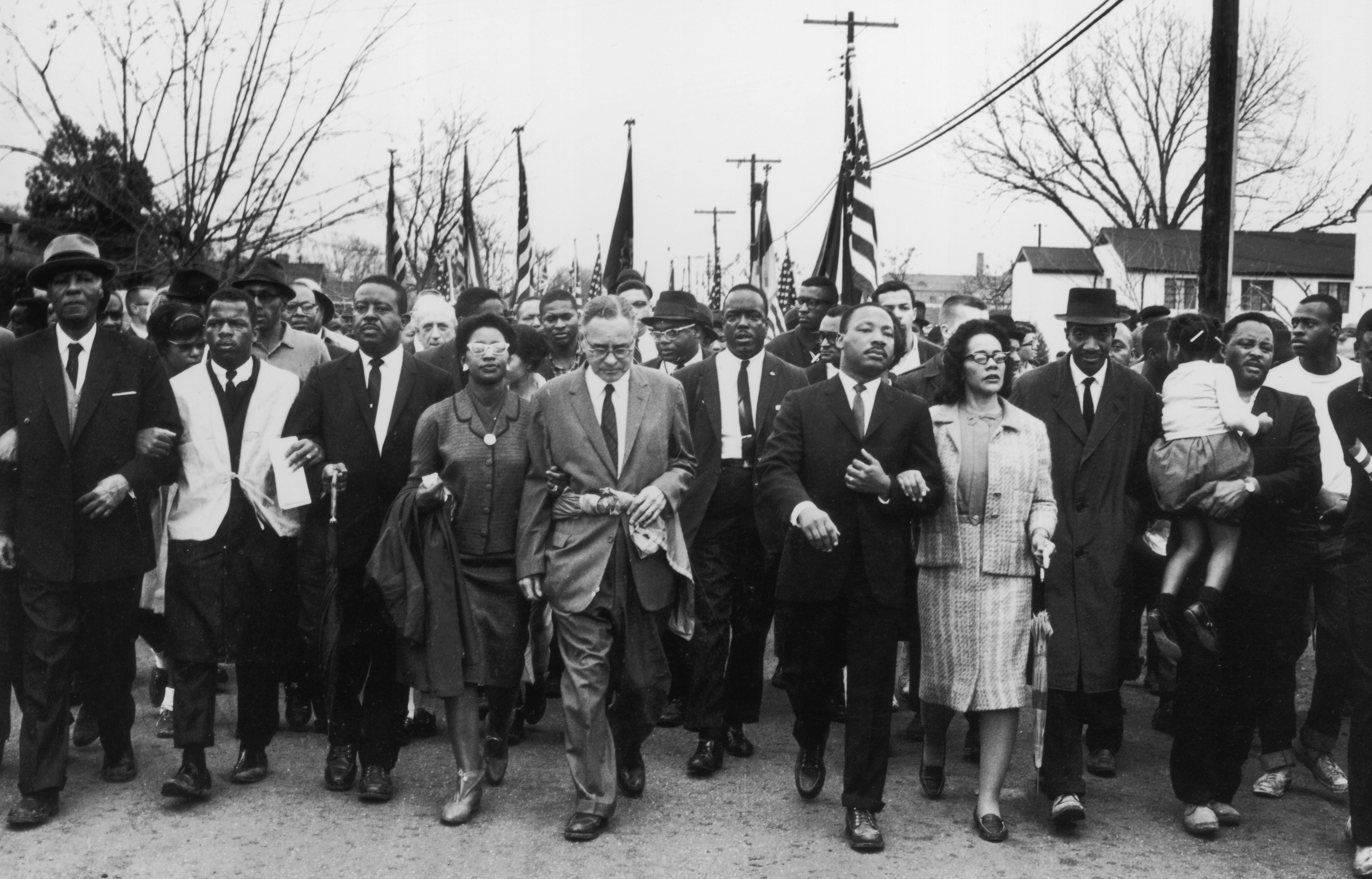 That was the very moment I lost my innocence and I went from being a young boy to being a young man. I immediately became a child of war. A war that has tragically taken millions of George Floyds, Breonna Taylors, Ahmaud Arberys, Trayvon Martins, Laquan McDonalds, Mike Browns, Eric Garners, Samuel Duboses, Tamir Rices, Frank Smarts, Sandra Blands, Phillip Whites, Freddie Grays, Jordan Bakers, Philando Castiles, Walter Scotts, Emmett Tills, and a horrifying list of many more that seems to never end.

That evening, I watched as riots erupted throughout the country and smoke from the burning buildings consumed my neighborhood. Through my tears, I could not understand the reasons why.

In 1967, one year before he was assassinated, Dr. Martin Luther King, Jr. gave a speech to students at Stanford University. The name of that speech is “The Other America.” 53 years ago, Dr. Martin Luther King, Jr. taught us and warned everyone that there are two Americas. ONE America has access to opportunity, a good education, jobs, bank loans, human and civil rights. The other America does not. We cannot survive as two Americas. We must become ONE America. 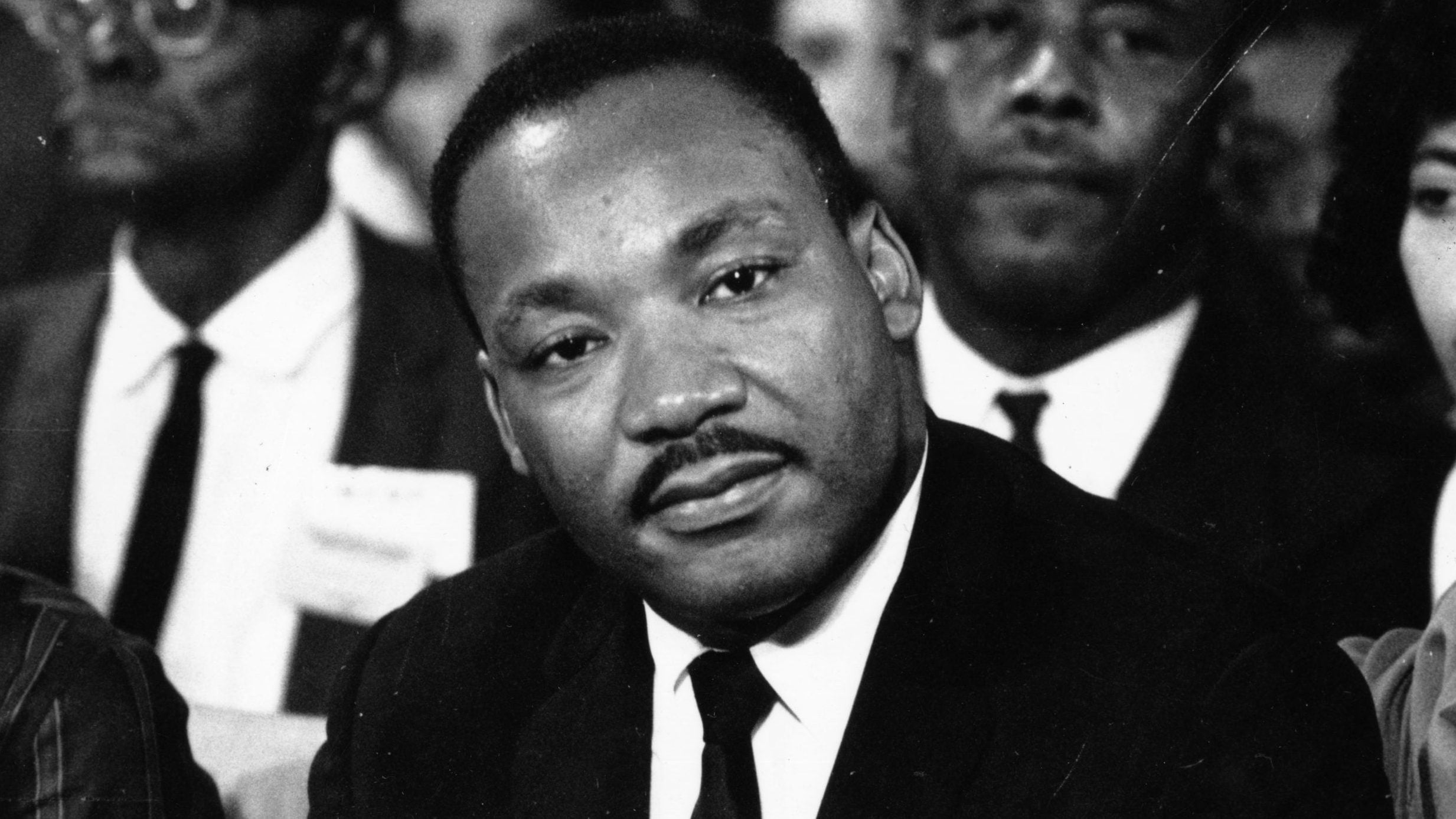 Toward the end of his life, Dr. Martin Luther King, Jr. had just started the Poor People’s Campaign to achieve economic justice. He was speaking on behalf of all poor people, which mainly included poor white people.

Yesterday, I phoned Martin Luther King III and I asked if he was watching TV and did he see what I was seeing.  He said, “yes.” I told him, “I see people of all races coming together as one — risking their lives protesting – and demanding the ONE America your father envisioned for all of us. Your father sacrificed his life to help us achieve this moment.” Martin agreed.

Now, how do we TRULY achieve “ONE America”?

1) A True Partnership
I am getting lots of calls from white people wanting to know which charities to send donations. I tell them there are plenty of organizations more than happy to accept their money. But I also tell them please don’t donate to help eliminate your white guilt. Don’t look at Black America as a charity case that needs to be saved by you. Black America does not want, nor do we need, a handout, but rather an extension of your hand so we can shake on what we agree to be a real and equitable partnership going forward.

2) Police Reform
Enact laws at the federal, state, and local levels to achieve absolute and total police reform nationwide. This must include zero tolerance of chokeholds. We must also have consistent comprehensive independent investigations and severe punishment for police brutality, corruption, and murder.

3) Justice Reform
End mass incarceration. Former Attorney General Eric Holder told the world that black men in America are getting sentenced to prison terms that are twenty percent longer than white men who are committing the same crime. America must stop this racial discrimination. Our prison population is the largest in the world. This is just another form of genocide.

4) Reparations
As a nation, America must acknowledge and apologize for the enslavement of African-Americans for nearly 300 years for zero compensation. The newly-freed slaves were never given the opportunity and the land they were promised, and that lack of proper compensation for helping to build this country has hurt their descendants for many generations.

5) Education Reform
Education is the key. America, if we do not get access to a proper education, you will continue to position us to fail. Education needs to be completely reformed, especially preschool through sixth grade. Higher education needs to be free and available to all Americans. As a matter of national security, America does not have enough intellectual capital to compete against our rapidly-emerging foreign competitors. We need to invest at least ten times above current levels. At the top 100 universities in America, black students represent a disproportionately low percentage of the entire student body.

The African-American student body population in colleges should reflect the African-American population of the nation as a whole, which is approximately thirteen percent. If we do not improve these numbers, absolutely nothing will change. As for America’s historically black colleges and universities, they are great institutions always in need of financial support and should be properly funded.

6) Economic Inclusion
It should be noted that Dr. Martin Luther King, Jr. was completely frustrated that white liberals supported civil rights, but disappeared when it was time to talk about African-American economic inclusion. As Dr. Martin Luther King, Jr. once said: “It’s all right to tell a man to lift himself by his own bootstraps, but it is cruel jest to say to a bootless man that he ought to lift himself by his own bootstraps.” Stop using lack of access to capital as a form of economic genocide. Audit the banks and you will see that Black Americans do not have equal access to capital. Banks always tell us they have a great record lending to minorities.

They always show a black face on their minority brochures, but for lending purposes, in actuality, they re-define “minority” as white women and by doing so, intentionally using them to mislead the public and government regulators to act as if they are lending money to black people. The United States government controls over a one trillion-dollar federal pension fund, and very little, if any, is managed by African-Americans and invested in our communities.

When Black America gains equal access to capital that is not predatory, we will be able to buy homes and participate in the appreciation and tax benefits enjoyed by white Americans. The much-needed capital will allow us to invest in and acquire businesses to help employ people in our communities.

7) Health Care Reform
We need to make sure that every American has access to the best health care, free of charge. We need to completely eliminate hunger and food insecurity nationwide. We also need to recognize the mental illness epidemic that plagues our country, and invest heavily to combat it. Homelessness must be completely eradicated.

8) Environmental Justice
Eliminate racial disparities in environmental safety. Many African-American communities are exposed to very harmful toxic environments, not just Flint, Michigan. My elementary school in Detroit was demolished due to toxic waste. Marathon Oil built a 250-acre refinery less than two miles from my childhood home. The air is almost impossible to breathe and the health conditions of many African-Americans is disproportionate with those in the rest of America, partly due to environmental injustice in our communities. Stop exposing our families to toxic chemicals and waste.

My mother got pregnant when she was 16, and gave birth to me seventeen days after her seventeen birthday. But what changed our lives is when she got accepted into UCLA and earned a bachelor’s degree and a master’s degree in Cinema/TV Production. As a single mother attending college full-time, she secured an entry-level position at NBC network. Soon after, she asked an NBC executive a question and received a reply that changed our lives forever. She asked if the network had an internship program at the executive level. The answer was no. She then asked, “Will you start one with me?”

Thank God the answer was “yes.” As a young child waiting for my mother to get off work as she gave tours of the NBC studios, I went from soundstage to soundstage and watched them tape hundreds of hours of television, including Johnny Carson on THE TONIGHT SHOW, Redd Foxx on SANFORD & SON, Freddie Prinze on CHICO AND THE MAN, Flip Wilson on THE FLIP WILSON SHOW, and Bob Hope and George Burns starring in their own specials. This opportunity helped me to see myself differently and changed the trajectory of my life. Exposure to a better life can quite often lead to achieving a better life.

I started my company 27 years ago from my dining room table. Today it is one of the largest privately-held media companies in the world, with approximately 1,300 employees, 9 cable television networks, including The Weather Channel, over 64 original television series currently on the air, thousands of hours of content, and 15 ABC, CBS, NBC, and FOX affiliate television stations nationwide. I own my company one hundred percent, not because I planned it that way, but simply because no one was willing to invest in me. Along the way, America never stopped reminding me that I needed to work ten times harder than my white counterparts.

I have had at least four white sales executives who work for me tell me on separate occasions that potential clients have said to them, “I will never do business with you as long as you work for that N—–.” Since I was a child, I have conditioned myself to deal with situations like this one, but my four white male sales executives were not. I could see in their faces and hear in their voices they did not know how to process this pain and shame.

Over the years, I’ve lost top sales talent because racism was too much for them to bear, so I knew I had to help them deal with it. I found myself having to console and guide them to a better place. I told them that someone calling me ‘N—–’ is no reason for us not to achieve our sales goals, but rather, another reason for us to exceed them. My excellence will always dominate and overshadow their ignorance every time.