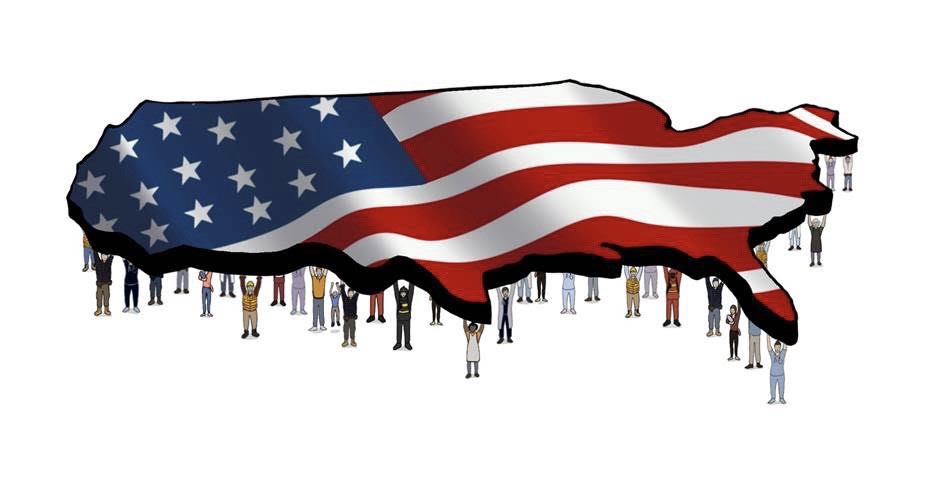 The movement to reform out of control police tactics and on-going investigations of past abuses are creating tension in and out of governmental bodies. It seems it just gets worse and more complicated. People fail to understand the basic tenets of defunding police departments. Overall, it would be a slow process where many calls would be handled by mental health professionals and other officials in non-lethal situations. Of course, there are those cities so sick of their law enforcement agencies they are looking to totally defund them. Minneapolis, MN seems to be so enmeshed with violent and racist policemen it is hard pressed to identify who is worth retaining. Incredibly, the head of the Minneapolis police union has a violent past and is reportedly a member of a white supremist group.

The Los Angeles city council voted this week to develop an unarmed model of crisis response that would replace police officers with community-based responders for nonviolent calls. In some cases, mental health or substance abuse counselors would be dispatched instead of policemen in swat gear. Of course, the police unions are upset. In Aurora Colorado, city government there has passed the “Enhance Law Enforcement Integrity Act” in the aftermath of a million calls for reopening an investigation into the death of Elijah McClain. The 26-year-old was choked then sedated, and in less than a week McClain, a self-taught violin player was declared brain dead after suffering from cardiac arrest. The incident was largely swept under the rug and now, a year later the arresting officers have been reassigned and the attorney general will conduct the investigation. As protests continued this week, supporters of McClain playing violins were attacked by Aurora police. They have not learned their lesson.

President Donald J. Trump rolled out his plan and it was largely criticized for being weak and ineffectual. The United States House of Representatives have crafted a bill that would dramatically change the way policing is done, like the outright banning of chokeholds. The practice still in wide use even as civilians film law enforcement choking civilians. The United States Senate has produced a weak version and the conference committee made of House and Senate members will be basically working from scratch based on the wildly different bills.

Tulsa has had its share of police shootings and violence toward citizenry, and while protests have been common, violence has been rare. A shooting this week of two policemen has resulted in the death of Craig Johnson. Another officer, Aurash Zarkeshan remains in critical condition. Support for the two officers has been strong. Unfortunately, the head of the police union Jerad Lindsey said the shooting was the result of anti-police narrative. So far, there is no evidence to support Lindsey’s statement. However, it is easy to see police sentiments are sensitive after the last couple of weeks of protests. Just to show how the days are hard to digest, a second amendment group disagreed with Lindsey’s comments calling them “irresponsible.”

Tulsa will have to move forward with measured steps in the wake of the murder of a peace officer and remember this is a time for change and understanding.

The United States Is Still Moving Forward Despite Opposition

President Donald J. Trump continues to make moves that call into question his level of racial tolerance. In a list too long to publicize here, Trump has never shied away from making inflammatory statements on race. This week was no different as some are making courageous moves to make positive change.

Trump, always eager to punch down on his opposers retweeted a video of at least one of his supporters yelling “White Power,” at a Black Lives Matter protest of police violence. The tweet was taken down and Trump claims he did not hear the racist taunt said in his name made just 8 seconds into the video. The improbability of that claim is insulting to say the least. However, there was some progress in an unlikely place.

The last state flag in America to feature the Confederate battle emblem was removed in Mississippi. As the United States comes to grips with symbols of hate and hateful practices the measure was signed by a republican governor recognizing the need for significant change.

The tired argument that the Confederate flag is part of southern history it is more importantly a symbol of support for the practice of slavery and states who waged a traitorous war against the Union. It was a woefully inappropriate symbol of White Nationalists still fighting the civil war using public monies. It was used to intimidate Black citizens who still struggle against racism and terrorism in their daily effort to survive.

It should be noted that despite ugly opposition to change and the steep climb toward it, America is moving forward even as it drags some of its own along the way.

The family of Joshua Harvey announced they are planning to sue the City of Tulsa, the police department, and participating officers involved in his death. The disturbing death of Harvey while being arrested was cause for action that never came. But that was then and this is now as the old saying goes.

With a national reckoning of police violence and recognizing Harvey’s death stood little chance of finding justice two years ago, the climate is much stronger for finding answers and perhaps a just conclusion to the tragic end of Joshua Harvey’s death.

In the future of law enforcement, Harvey may well have been met by mental health professionals instead of confronted by police perhaps too eager to escalate the situation. Harvey suffered from mental health problems and was breaking windows in downtown Tulsa near a bank. Harvey was tased 27 times in three minutes while on the ground and died from the wounds. The family said Tulsa Police officials attempted to cover up their role in Harvey’s death.

There will hopefully be a reexamination of the evidence by an outside body to ensure justice is served. This and other deaths need transparency free of police involvement in deciding law enforcement’s role in tragic ends of life while in police custody. The mayor’s proposed citizen monitoring program would be an appropriate place to investigate situations like this. Reform will not come easy here, but if Mississippi can remove the Confederate flag as the state flag then Tulsa can surely take a tiny step towards transparency in lethal situations involving citizens.