Cowboys are among the most iconic figures of the American West. They’re mythologized as strong, independent people who live and die by their own terms on the frontier. And in movies, the people who play them are mostly white. But as with many elements of Americana, the idea of who cowboys are is actually whitewashed — scholars estimate that in the pioneer era, one in four cowboys were black. The historian Quintard Taylor writes about how before then, enslaved people “were part of the expansion of the livestock industry into colonial South Carolina, passing their herding skills down through the generations and steadily across the Gulf Coast states to Texas.”

In the short documentary above, we meet Larry Callies, who comes from a long line of cowboys. Growing up in Texas, Callies dreamed of becoming like Charley Pride, the first African-American inductee in the Country Music Hall of Fame. As with the cowboy, there’s an assumption of who makes up country music, despite its diverse history. The breakthrough of artists like Lil Nas X, Jimmie Allen and Kane Brown has returned attention to the contributions of black artists to the genre. Callies’s journey shows what we lose when we don’t acknowledge the full breadth of history. 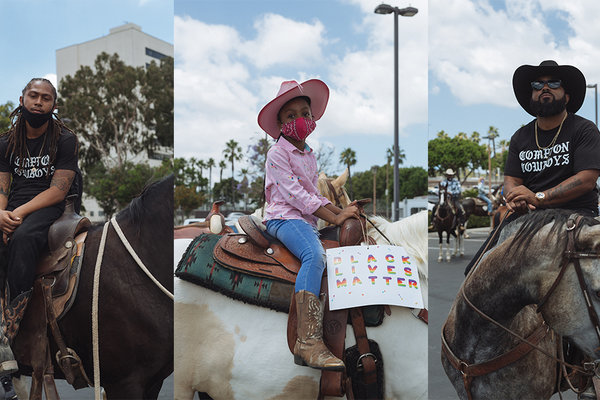 For the entire article go to: www.nytimes.com