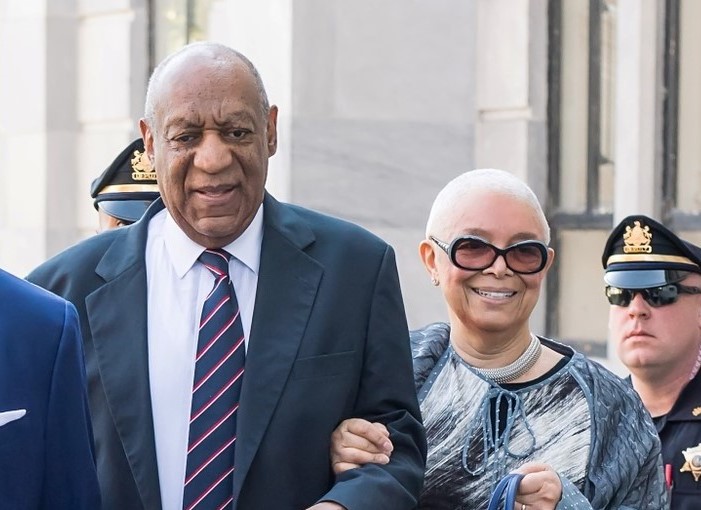 Mrs. Cosby slammed the Me Too movement, and defended her husband.

Camille Cosby is speaking out in her first major interview in six years. The 76-year-old producer and wife of Bill Cosby talked to ABC News after the Pennsylvania Supreme Court agreed to review the case that led to Bill Cosby’s sexual assault conviction.

“My first reaction is hopefulness,” Camille told anchor Linsey Davis over the phone on Tueday (June 23). “Possibilities now. Finally there is a court that has said, ‘Wait a minute there are some problems here, they can be considered for an appeal.’ I’m very, very pleased. It’s not 100% but now I’m looking at something that is possible. Possible for vindication.”

Mrs. Cosby added that her husband has been doing “very well” in prison, although she does have concerns that he could contract COVID-19. Nonetheless, Bill and Camille talk on the phone daily but decided that it’s best if she doesn’t visit him in prison. “I do not want to see my husband in that kind of environment, and he does not want me to see him in that kind of environment.”

According to the Hollywood Reporter, the court will look into whether or not past sexual misconduct allegations against the comedian were admissible at trial because he wasn’t charged or convicted over the allegations. The review of evidence includes a 2005 deposition where Cosby admitted to drugging women with the intention of having sex with them, but later argued that he would have enacted his Fifth Amendment rights if he had known that his admissions would be used to prosecute him years later.

Bill Cosby Thanks Snoop Dogg For Support, Weighs In On Gayle King Backlash

The 82 year old, who is currently serving a three-to-10-year sentence, has denied dozens of allegation of sexual assault and sexual misconduct. In his appeal, Cosby claims that he was stripped of the right to due process because of the “hysteria of the Me Too movement,” and Camille agrees.

For the entire article go to: www.vibe.com