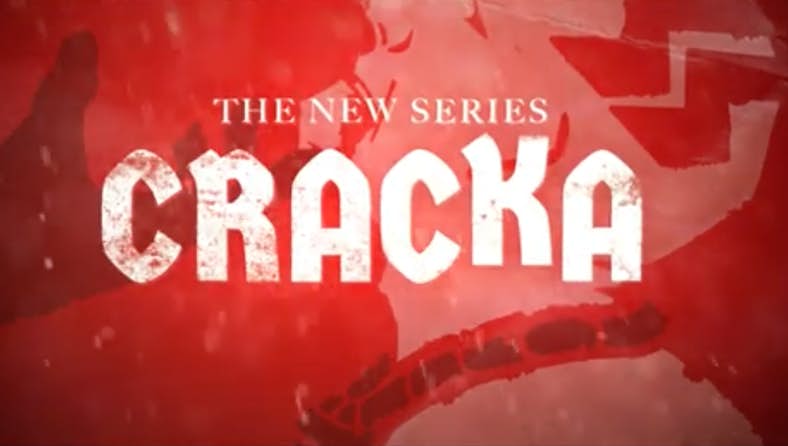 What history flipped the script on slavery and the Africans kept slaves? “Cracka” explores this alternative non-reality.

(AllHipHop News) The upcoming series “Cracka” is likely to cause a storm of controversy for the premise: “What if the roles were reversed in slavery?”The movie offers a present-day so-called white supremacist who is magically thrust back in time to an alternate past where Africans enslave whites and rule the land known as America.A synopsis explains, “In a world where white privilege, systematic oppression, and minority protest in order to break the chains of bondage runs regular, white supremacist Michael Stone is doing everything he can to maintain his privilege by exercising every opportunity to ensure the America he knows and loves continues to remain pure and more importantly, remain white!”The movie is the brainchild of director Dale Resteghini, a white man born in Boston, Massachusetts that made his mark with rap videos. Resteghini worked with a colorful ensemble of artists including Pitbull, Akon, Lil Wayne, Ice Cube, Guns N Roses, Flo Rida, RZA, TYGA, Soulja Boy, Ty Dolla, Nicki Minaj, Diddy. Now, he is taking his talents in a new, controversial manner.

In the trailer of the movie, which is slated for a fall 2020 release, the protagonist – tatted with racist Nazi symbols – begins to harass an African American motorist.  It is at that point that the violence starts. After the lead character rains down blows on the motorist, the pseudo-Nazi returns to his home. He then finds himself staring at the barrel of a shotgun and enslaved.

“Cracka” then relives all of the horrors of slavery such as rape, beatings, and even name changes. The series stars a bevy of talents including Lorenzo Antonucci, Hakeen Kae-Kazim, rapper Saigon, Kathryn Kates, and James Darnell.

“Cracka doesn’t just tackle racism; it confronts it in a way you can’t possibly imagine. This unique series forces us – as a people, society, and overall a collective human unit – to look past color, look past our fears and pain, and see ourselves as people through the much-needed lens of love.”

The series does not have a date but is expected to hit in the fall of 2020, just in time for the American presidential election.