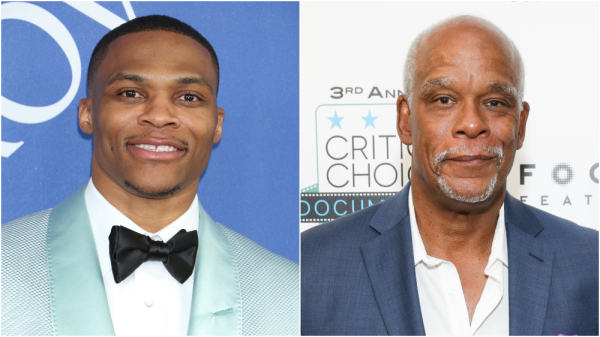 After leading a Black Lives Matter protest against racial injustice over the weekend, NBA star Russell Westbrook is producing a project on “the single worst incident of racial violence in American history.”

Westbrook is teaming with celebrated documentary filmmaker Stanley Nelson and “Killer Inside: The Mind of Aaron Hernandez” producer Blackfin for a series on the Tulsa race massacre of 1921, titled “Terror In Tulsa: The Rise And Fall of Black Wall Street.” The series is described as both an exploration of America’s past, and also a “urgent, sobering look at the social, economic and political lines that continue to divide the country.” It will inter-weave both past and present-day narratives in order to investigate the tragic event and its continuing impact.

Nelson will direct the series which hails from his Firelight Films banner and Blackfin. Westbrook will serve as an executive producer.

“I am so very honored to partner with Russell Westbrook and Blackfin to direct ‘Terror In Tulsa.’ There is no story more poignant or relevant to the racially charged events unfolding before us today, the frustration, the outrage, the outcry for justice in the wake of the George Floyd killing,” Nelson said in a statement. “The story of Tulsa reveals a significant chapter in the American experience leading up to this moment. It is a story that needs to be treated with dignity, grounded in cultural authenticity, and portrayed with historical accuracy in order to truly understand the impact it has had on our nation. From the cover-ups of the massacre in 1921, to the uncovering of the mass graves left in its wake, the story of Tulsa is the harsh example of not only the history of violence against black people in America, but also the great American sin of burying it out of sight, and pretending that it never happened. For many, it is hard to believe such an atrocity occurred. For others, these atrocities are simply part of the American journey.”

“Terror in Tulsa” will also include input from historical organizations such as the Tulsa Historical Society & Museum, The John Hope Franklin Center for Reconciliation, the Tulsa Race Massacre Centennial Commission, and the Historic Vernon AME Church.

“Spending 11 years in Oklahoma opened my eyes to the rich and sordid history of the state,” added Westbrook, referencing his stint as a player for the Oklahoma City Thunder. “When I learned about the heartbreaking events that happened in Tulsa nearly 100 years ago, I knew this was a story I wanted to tell. It’s upsetting that the atrocities that transpired then, are still so relevant today. It’s important we uncover the buried stories of African Americans in this country. We must amplify them now more than ever if we want to create change moving forward.”