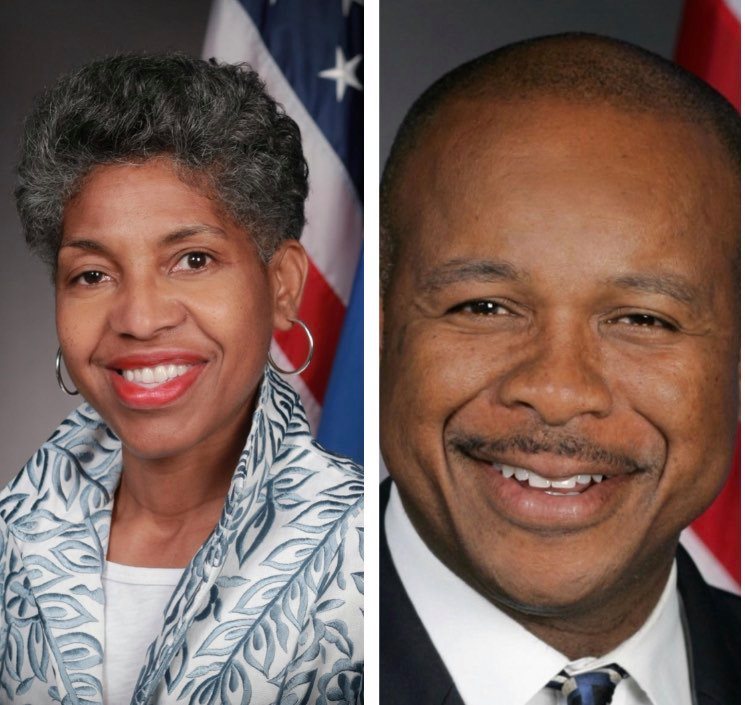 The 57th Legislative Session is filled with historic events. State Rep. Regina Goodwin and State Senator Kevin Matthews will return to work having no one opposing them.

Rep. Goodwin was first elected to the house of representative’s district 73 in 2015.

“Serving great Oklahomans through the grievous times of a deadly pandemic and uplifting lives remains my challenge, privilege and blessing,” stated Rep. Regina Goodwin. “We are moving through a session of historic food drives for hurting Oklahomans, job loses, governor vetoes and legislative overrides. We have voted in a cost of living increase for state retirees, public service workers, teachers, firemen and police. It took more than a decade to see that increase take place. In 2020, we saw a fair housing issue greatly settled out of court in our favor and we worked to have the life sentence commuted of a man who is now at home living freely with his family. The work is non-stop and God provides me the strength to keep on keeping on. Injustice remains, Ahmaud Arbery and Breonna Taylor were murdered and deserve justice. Police should not be above the law. Let’s support the lawsuit launched by the Democratic Party to remove the notary obstacle when voting by absentee ballot. The 2020 elections are important. Everyone please fill out the census, our population being counted determines how the federal government funds education, health care, Supplemental Nutrition Assistance Program (SNAP) and public services to name a few. The census also helps provide data for setting political district boundaries. Regarding redistricting, elected officials should not pick their people, people should pick their elected officials,” says Reg. Goodwin.

Sen. Matthews stated, “it’s a big relief.” He said on top of his work as head of the Race Massacre Centennial Commission he felt like his plate was already full. He said an election would have made his life “stressful” on top of seeing Greenwood Rising being built.

Sen. Matthews was first elected to the state house of representative’s district 73 in 2012 and followed that up with a successful election as State Senator of District 11.

Sen. Matthews began his political career after a 25-year career with the Tulsa Fire Department.