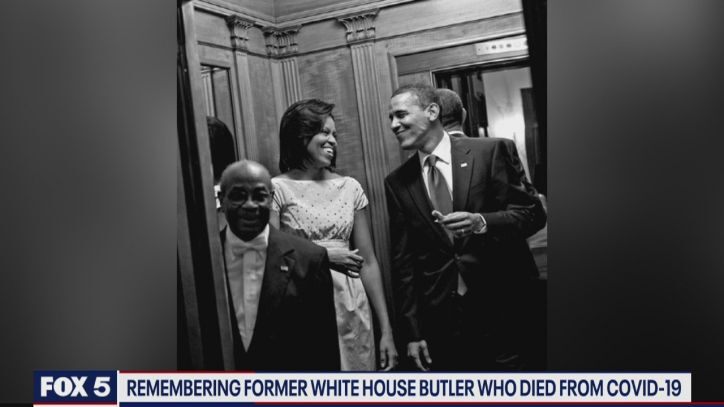 A former White House butler who served 11 different presidents died at the age of 91 after contracting the coronavirus, his daughter told Fox 5 DC.

Wilson Roosevelt Jerman was one of the White House’s longest-serving employees, remembered fondly by former President George W. Bush and former first lady Laura Bush in a statement to NBC News on Wednesday.

“He was a lovely man,” the Bushes said. “He was the first person we saw in the morning when we left the Residence and the last person we saw each night when we returned.”

Jerman’s granddaughter, Jamila Garrett, said in an interview with WTTG that he began as a cleaner in 1957 under the Eisenhower administration and then was promoted during the Kennedy presidency. Garrett said her grandfather fostered relationships at the White House that helped him advance his position.

“Jackie O actually promoted him to a butler because of the relationship,” Garrett said. “She was instrumental in ensuring that that happened.”

Garrett described Jerman as a family man who appreciated service, particularly service to others.

A photo of Jerman with former president Barack Obama and his wife Michelle Obama was included in “Becoming,” the former first lady’s memoir. The photo of him in Obama’s book combined with Jerman’s overall legacy has helped the family cope with his loss, according to his granddaughter.

Jerman retired from his White House position in 2012.

“I want the world to remember my grandfather as someone who was really authentic,” Garrett said. “Always being yourself. That’s what he taught our family, that’s what thrives throughout our family. And that’s what we’ll continue to carry on, his legacy.”

Garrett did not immediately respond to a request for comment from NBC News.