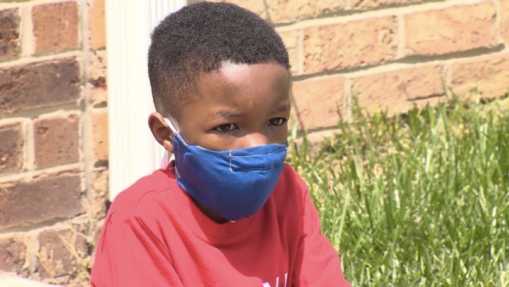 Those with sickle cell suffer from episodes of sudden and severe pain, known as pain crises. It’s usually excruciating pain in both adults and children.

But if that’s not enough, those with sickle cell also have to deal with issues surrounding this coronavirus sweeping through the nation. With nearly 1,000,000 positive cases, COVID-19 has been disproportionately affecting the African American community and exposing health disparities we’ve known for years. In states all over the nation, reports of African Americans dying more than any other racial group of COVID-19.

But one 7-year-old boy who has sickle cell and was stricken with COVID-19, has recovered.

It’s after several blood transfusions, Nasir Striggs, is on the road to a full recovery.

According to WFAB Channel 9, in April, Striggs went to Baltimore’s Sinai Hospital after his mother, Deshannon Striggs, noticed he was having trouble breathing. He tested positive for COVID-19, and an X-ray revealed he had pneumonia on both of his lungs.

“He had to keep getting stuck by the needle because the needle kept coming out,” Striggs said. “To watch him go through that, it was really scary.”

Several days into his treatment, Nasir began to bounce back. His mother says support and prayers helped her get through the tough time.

Another consequence of sickle cell is poor oxygen delivery resulting in damage to major organs, including the brain, eyes, lungs, liver, heart, spleen, and kidneys.

According to The Sickle Cell Society website, family members and caregivers of people with sickle cell disease should