Harrell, whose death at age 59 was announced late Friday, was best known as the founder of Uptown Records, where rapper Sean “Puffy” Combs and musician Mary J. Blige both got their starts.

The cause of death has not been confirmed.

Hollywood actress Viola Davis was among those paying tribute online.

RIP Andre Harrell…thank you for the gift of so many incredible artists. Gone too soon. 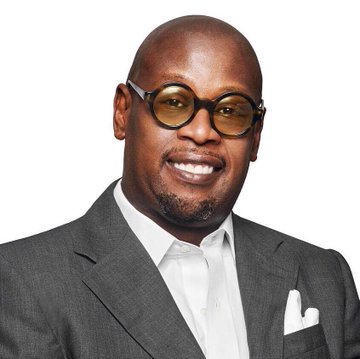 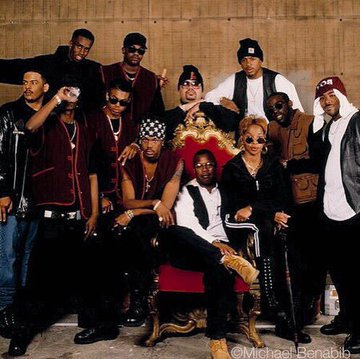 A native of New York, Harrell started his career in music as an artist, one-half of the early rap duo Dr. Jekyll and Mr. Hyde. In 1983, he teamed with Russell Simmons, the founder of Def Jam Records, and had one of his early experiences in the business working as a vice president and later general manager of that label.

He left to start his own company, Uptown Records, in 1986. Stylish, sophisticated and fashion-forward, the label played a key role in the development of the “New Jack Swing” style of R&B, courtesy of acts like Jodeci, Heavy D and the Boyz and Father MC.

Harrell also signed the teenage Mary J. Blige in the late 1980s, though her career at the label didn’t fully take off until the early 1990s, with help from Harrell’s enterprising former intern, Sean “Puffy” Combs, who was quickly promoted at Uptown.

Combs’ elevated position led to his discovering the demo tape for a rapper named Christopher Wallace, aka Notorious B.I.G. As the story goes, Diddy was fired from Uptown in 1993, after which he launched Bad Boy Records and promptly signed Wallace to a deal with his own label.

In 1995, Harrell went on to run Motown Records as president and CEO for a brief period, not long after the label’s acquisition by PolyGram.

Harrell and Combs remained longtime friends and business associates, and Harrell served as vice chairman of Revolt, Combs’ multiplatform music network, and a producer on its panel show “State of the Culture.”

A pioneer of hip-hop and R&B and black entertainment in general, Harrell could be seen at many red-carpet events on both U.S. coasts.

Singer Mariah Carey voiced her sadness at his death on Saturday, writing on Twitter: “My heart is breaking, and I can’t stop crying. He was an amazing friend and I will miss him forever.”

California Sen. Kamala Harris tweeted: “Such a tragic loss for the music industry and for all of us. Andre’s genius paved the way for so many of the kings and queens of hip hop and R&B.”

Rapper 50 Cent shared his condolences too, and artist Teddy Riley, who worked with Harrell, called him “one of the greatest mentors in my life.”