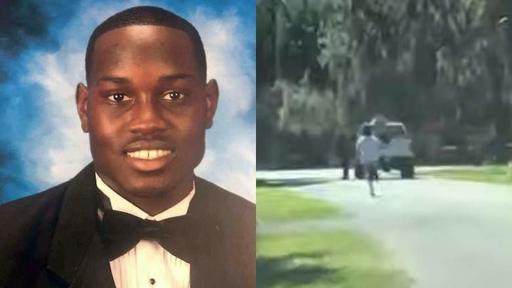 Former Vice President Joe Biden and former Georgia Democratic gubernatorial candidate Stacey Abrams called for action and a formal investigation in the aftermath of the shooting death of Ahmaud Arbery, a 25-year-old black man shot while jogging by white men who suspected him of being a burglar.

Arbery was killed on Feb. 23 in a neighborhood outside the city of Brunswick, Georgia, but no one has been arrested or charged in his death. A Georgia prosecutor called for a grand jury to review the case on Tuesday and to decide if criminal charges are warranted.

A video reportedly of Arbery’s shooting has ricocheted around social media, prompting an outcry. The video shows a black man jogging before attempting to pass a truck with two men. A gunshot is heard in the video, and then a scuffle ensues between the jogger and one of the men.

According to a police report of the incident obtained by the Associated Press, Gregory McMichael, one of the men in the truck, told police officers Arbery had attacked his son after they had asked him to stop. McMichael said he thought the man they stopped was suspected of committing a burglary in the neighborhood.

A statement released by S. Lee Merritt, an attorney representing Arbery’s mother Wanda Cooper, said a “false narrative” had been created that the video disproved.

“Mr. Arbery had not committed any crime and there was no reason for these men to believe they had the right to stop him with weapons or to use deadly force in furtherance of their unlawful attempted stop. This is murder,” Merritt said.

In a tweet, Biden said Arbery was “killed in cold blood” and asked for a “swift, full, and transparent investigation into his murder.”

Get the Iowa Politics newsletter in your inbox.

Daily updates on the latest news from the Iowa Legislature, state and national politics.

Shooting death of Ahmaud Arbery: What we know about the video, grand jury and arrests

The video is clear: Ahmaud Arbery was killed in cold blood. My heart goes out to his family, who deserve justice and deserve it now. It is time for a swift, full, and transparent investigation into his murder. https://twitter.com/CNN/status/1257836840066957316 …

A Georgia district attorney is recommending that the case of a man who was chased, shot and killed while running more than two months ago go to a grand jury, according to a news release obtained by CNN https://cnn.it/2zXL15i

Georgia Attorney General Chris Carr released a statement Tuesday evening saying he was “deeply concerned” by the killing and that he “expect(ed) justice to be carried out as swiftly as possible,” and supported the actions of the Georgia Bureau of Investigation and the local community.

Abrams said “our systems of law enforcement and justice must be held to the highest standards” and called for a “full investigation, appropriate charges and an unbiased prosecution.”

Sen. Kamala Harris, D-Calif., a former Democratic presidential candidate, said on Twitter the video “sickens me to my core.”

“Exercising while Black shouldn’t be a death sentence,” she said.