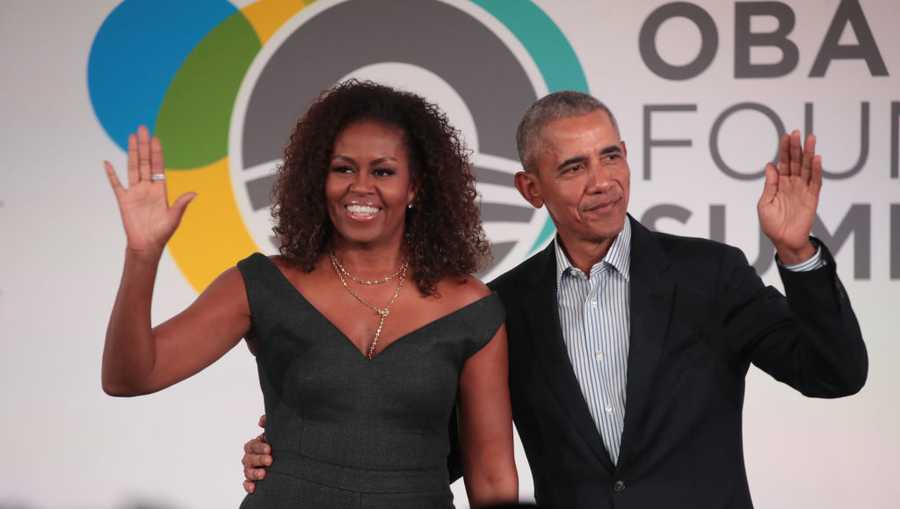 YouTube’s “Dear Class of 2020” original special will feature other celebs and notable names including BTS, Lady Gaga and former Secretary of State Condoleezza Rice. The festival-style lineup will feature talks on traditional graduation-day themes mixed in with music performances.

The multihour event premieres Saturday, June 6, on the YouTube Originals channel (at this link) and YouTube’s Learn@Home site (learnathome.withyoutube.com).

Headlining “Dear Class of 2020” are President Obama and Michelle Obama, who will each deliver individual commencement speeches — and a joint message — to graduates. Additionally, Mrs. Obama’s Reach Higher initiative will host a full hour of content to kick off the celebration.

YouTube’s full schedule of commencement events will be available on the Learn@Home site beginning on May 17. Graduates can also set a reminder for the show and sign their name on the Dear Class of 2020 Shout Out Board at yt.be/dearclassof2020.

“Graduation is a tradition that students and families look forward to and with the current state of the world, YouTube is lending some inspiration in the form of a virtual commencement,” said Susanne Daniels, global head of content for YouTube. “We hope bringing together noteworthy, influential speakers along with performances from some of their favorite artists will provide encouragement for the students who have worked so hard to get here.”

The special is being produced by Done and Dusted. Overseeing the project for YouTube are Nadine Zylstra, head of learning for YouTube Originals along with Danny Zaccagnino, Laurel Stier, Lauren Vrazilek, and Zoe Di Stefano on the learning development team.

Separately, on May 16 at 2 p.m., Barack Obama will participate in “Show Me Your Walk, HBCU Edition,” a two-hour live-streaming event for historically black colleges and universities.

In addition, President Obama is set to deliver a commencement message during “Graduate Together: America Honors the High School Class of 2020,” a one-hour multimedia event on May 16 hosted by XQ Institute, the LeBron James Family Foundation, and the Entertainment Industry Foundation. The event will feature appearances by LeBron James, Malala Yousafzai, the Jonas Brothers, Yara Shahidi, Bad Bunny, Lena Waithe, Pharrell Williams, Megan Rapinoe, H.E.R., Ben Platt and others. It’s set to be simulcast on ABC, CBS, Fox and NBC as well as via 20-plus other broadcast and digital streaming partners on May 16, from 8-9 p.m. ET.