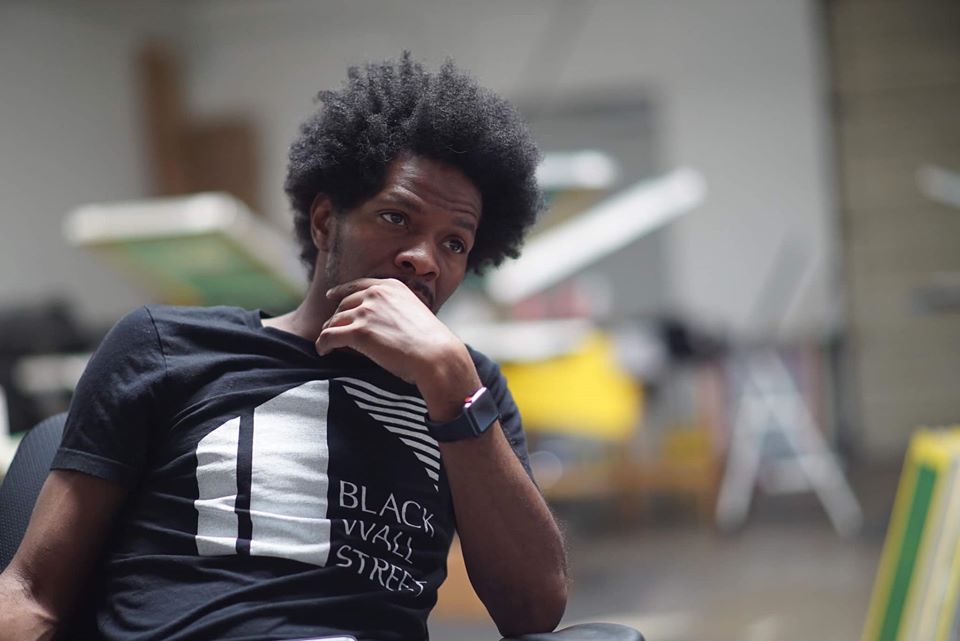 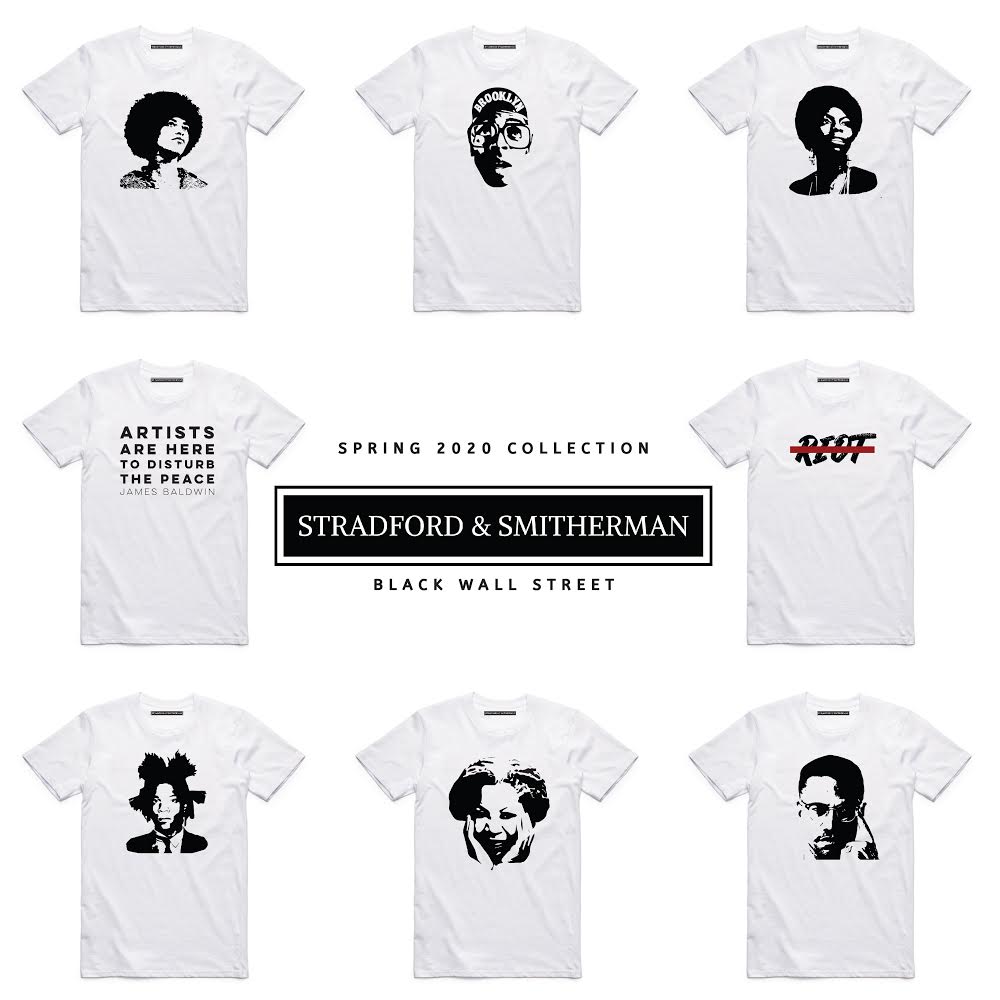 Dr. Ricco Wright announced the launch of the first company to emerge from Black Wall Street Gallery, a for-profit art gallery located at 10 N. Greenwood Ave, which now also serves as an incubator for entrepreneurial efforts associated with the resurgence of Black Wall Street.

Established by African Americans in the early 1900s, Black Wall Street was a thriving black community before a white mob burned it to the ground during the 1921 Tulsa Race Massacre. Many black residents fled, and those who stayed and rebuilt never saw Black Wall Street reach the same prosperity as it had before, despite their admirable resilience and perseverance.

The new clothing brand, Stradford & Smitherman, is named after two Black Wall Street pioneers who fled and never returned: J.B. Stradford, owner of the Stradford Hotel, and A.J. Smitherman, publisher of the Tulsa Star. Stradford and Smitherman were two businessmen who used their influence to propel the historic Greenwood District, which sustained the African-American community when segregation laws kept them from entering white-owned establishments.

“Stradford & Smitherman is a brand with equity and justice in mind, and we’re honored to be named after two entrepreneurs who themselves were also activists,” Wright said. “Their colleagues admired them then for their entrepreneurship and activism, and we admire them today for the same.” For now, Wright added, the new brand will be sold exclusively at the Gallery and online at www.stradfordsmitherman.com. The online store will go live on Friday, April 24.

The signature collection, designed by Legrand Strickland, features apparel that pays homage to Black Wall Street and its pioneers. These items first appeared in the Gallery and are now placed under the new brand. The Spring 2020 collection, designed by Amandela Perry, features apparel with images of six legendary African Americans: Jean-Michel Basquiat, Angela Davis, Spike Lee, Toni Morrison, Nina Simone, and Malcolm X. These images are also portrayed on the Gallery windows as a tribute. Another of her designs is the “Not a Riot” crew neck, which is the only item with a hint of color other than the official brand colors of black and white.

Although the Gallery carries the clothing in its gift shop, the expansion into a separate brand creates new opportunities which are born from the entrepreneurial spirit of Black Wall Street. In addition to shirts, hoodies, magnets and buttons, the brand will ultimately include athletic apparel, sweatsuits, and more.

Wright established the Gallery in September 2018, and recently reopened in a new location with the Healing Series, the second in a projected four-series sequence of experiential exhibitions. Since its reopening in March, the Gallery’s purpose is also to serve as an incubator for new businesses on Black Wall Street. Stradford & Smitherman is the first to launch, but several others will launch later this year.

The history of Black Wall Street—before and after the massacre—was buried for decades, but as the centennial anniversary approaches, more attention has been focused on the historic injustices and oppressive acts against African Americans. Organizations are ensuring that the history is acknowledged and retold through news media, books, theater, movies, an HBO drama series, community centers, and school curricula created by the 1921 Tulsa Race Massacre Centennial Commission.

The new brand and other emerging businesses are additional ways for people to learn the names and stories of the Black Wall Street pioneers. One of the designs in the signature collection is in fact created for eight of them: Simon Berry, B.C. Franklin, O.W. Gurley, A.C. Jackson, John Williams, Loula Williams, and of course Stradford and Smitherman.

“It’s imperative that people know who paved the way for us, and we’re positioning ourselves to further the enterprise on a global scale through our online store and the Gallery, which has been generating a lot of international interest. Stradford & Smitherman is more than just apparel. It’s a lifestyle brand,” Wright said.

Stradford and Smitherman were among 20 African Americans charged with inciting the “riot.” Both men fled Tulsa, never to return, and in 1996 their charges were finally dismissed.

Stradford was the son of a former Kentucky slave who was granted freedom in 1863. The J.B. Stradford Empire comprised real estate income from two dozen rental properties—worth nearly $2 million dollars.  The Stradford Hotel, located at 301 N. Greenwood Ave, was considered his crown jewel. At the time, it was the largest black-owned, black-operated and black-guest-only hotel in America. The structure housed fifty-four “modern living rooms,” a gambling hall, a dining room, a saloon, and a pool hall. Jazz from the Stradford Hotel and the Commodore Cotton Club across the street filled Greenwood residents with the freedom to dance and play without repercussions. After leaving Tulsa, Stradford made Chicago his home. He is the great-grandfather of John Rodgers Jr, founder and CEO of Ariel Investments.

Smitherman opened a newspaper reporting on how blacks built their own hospitals, schools, theaters, newspapers, churches and everything needed for their community to flourish. However, their wealth and self-sufficiency was met with racial tension, jealousy and fear of the growing black vote, causing the largest government sanctioned attack on American citizens since the Civil War. Smitherman received accolades for using the power of the press to drive city officials to take actions to reduce criminal activities. He resided in Springfield, Massachusetts, for four years before moving to Buffalo, New York, where he remained until his death in 1961.