Dear NFL General Managers,
When I ran a 4.79 40-yard dash at the NFL combine in February, a lot of people were surprised. It was the second-fastest time by any interior defensive lineman. People were coming up to me afterward saying, “I didn’t know you could run like that!”But honestly? I think I could have run faster. 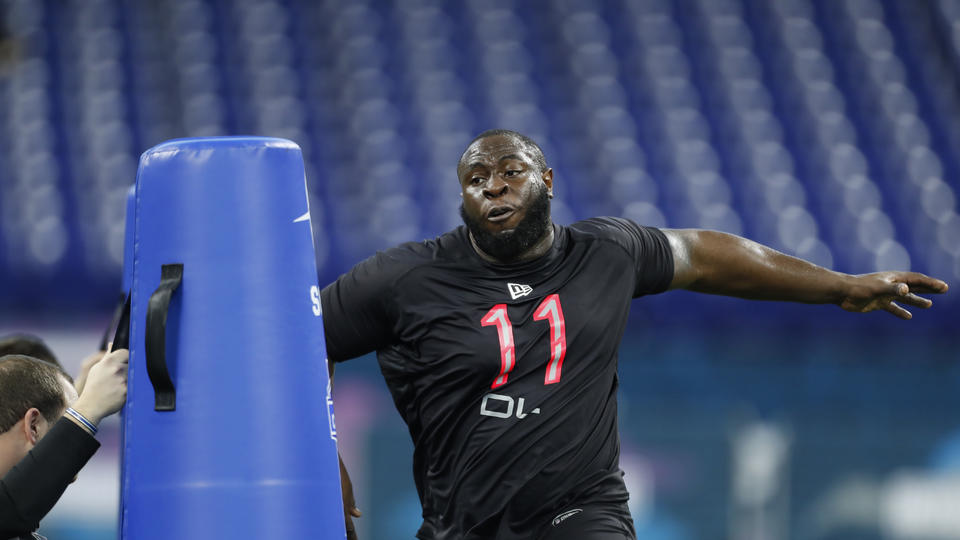 I knew I was a fast guy for my size. I knew I could run. That’s something that I’ve always taken pride in. I had other goals for the combine, but speed is my calling card. My biggest concern was making sure that I was ready for the 40. That 4.7 time? That was something that I’d had in my head for a while. I wanted it. I especially wanted to put it on tape. The whole time I was training I was like, “Man, I need to run fast.” 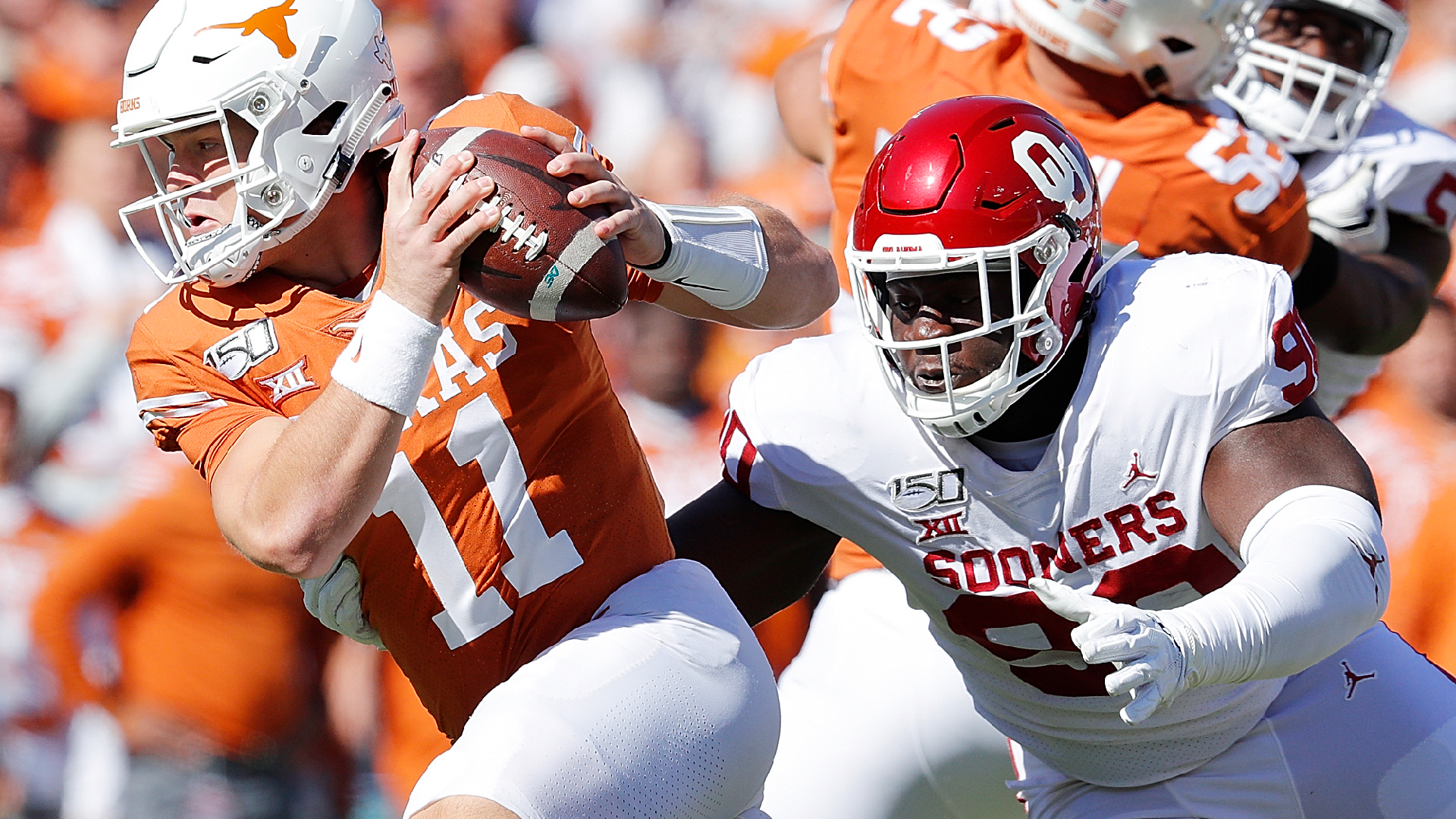 So, yes, I can move. But that 4.7 didn’t just happen. It’s something that goes back to the habits that I worked hard to create while I was playing at Oklahoma — everything I do I always try to do it quick, fast, and in a hurry.Honestly? I think I could have run faster.I know what people say about me. They say that I may be fast, but I’m also a raw talent. They say my conditioning needs work, or that I stand up too tall when I play the run. That’s O.K. I don’t take those things as negatives. There’s definitely stuff I can improve on, but it’s the kind of stuff that can get cleaned up. I’d rather hear about that than about all the good things I’ve done. I’m the kind of guy that’s like, “What’s the catch? Give me the worst-case scenario first.” It’s just stuff I’ve got to improve on. That’s a part of it.And that’s when I go to work. Working hard is what I do best. 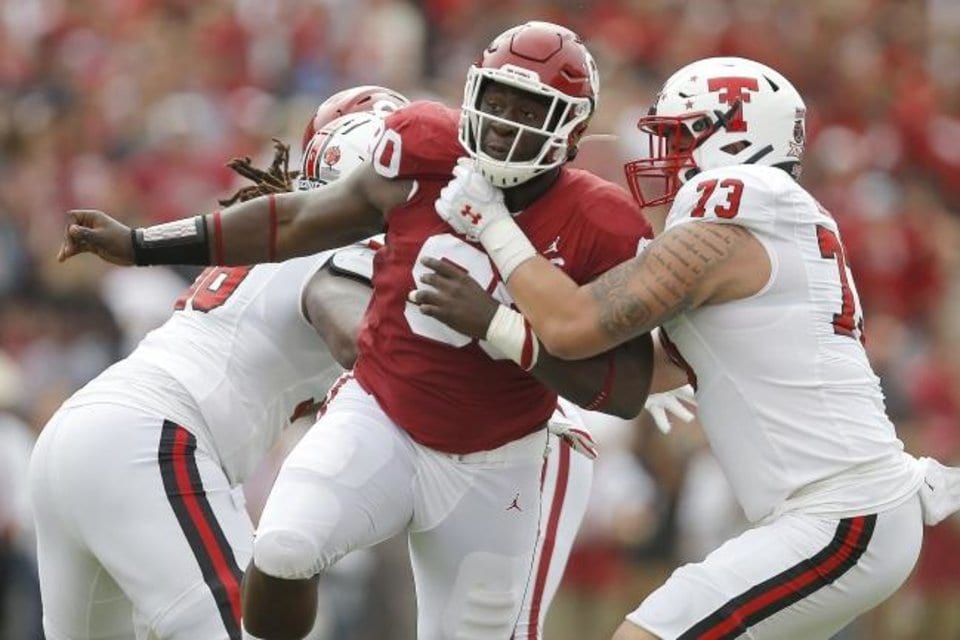 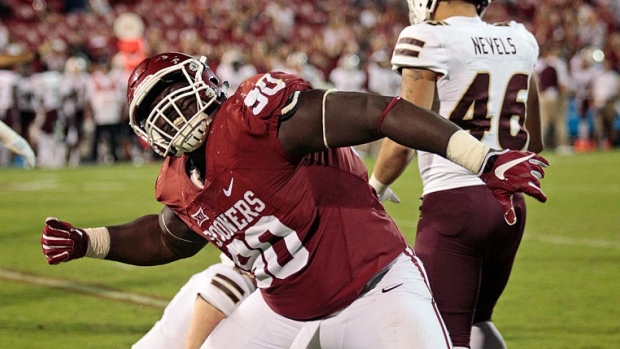 My biggest thing is just trying to make sure that whoever I speak to during this process loves me as a person. As long as they feel that I could benefit their team, that’s my biggest thing. I want to let them know that they’ve got somebody who can get even better — and who will grind like hell to do it.

You haven’t even seen the finished side of me. I’m literally a work in progress.

A lot of people know that I’m from Canada, from Ottawa, Ontario. I was born there. I’m a proud Canadian.

But I was raised in a Jamaican household. My parents were farmers from the Wire Fence district of Trelawny Parish. They emigrated to Canada in the mid-’90s. And I definitely feel like a Jamaican. I pride myself on being Jamaican. I carry myself like a Jamaican. The Jamaican rules, the culture, the music, the way of talking, everything — they were all around me growing up.

And the food! Jerk chicken. Oxtail. Rice and peas. Curry. Bammy. Fried breadfruit. Fried dumplings. I’ve never been able to get enough of it.

My parents set the standard for me and my brothers, and the standard was hard work. My mother worked — and still works — in a nursing home. My father was a custodian until he got too sick to work when I was younger, and then he stayed home and helped take care of me while my mom was at her job. I learned from the examples they set and the guidance they gave. Whenever I was in doubt, I could always look to my parents.

And the best piece of advice they ever gave me was, “Prevent is better than cure.”

It’s one of those old-school Jamaican sayings. Basically, if you can stop something bad from happening — or put yourself in the best position to succeed — you’re better off doing that than digging yourself into a hole and then trying to get out of it.

I feel like my prevent is to have a strong work ethic — having a mindset that, even if you don’t get something immediately, you just keep doing things the right way and at a high level. There are so many great athletes, so many great ballplayers, but what can you do to set yourself apart from them? Things like personality and work ethic? They’re not measurable at a combine. You know what I mean?

And I’ve worked so hard to get here. I was playing club football in Ottawa. I loved it, but the competition wasn’t very good. It wasn’t until my junior year of high school that my parents sent me to the Canada Prep Academy, in St. Catharines, Ontario, about 20 minutes across the Niagara River from Buffalo, New York. It’s a prep school that helped expose me and other Canadian players to college scouts. We played our whole schedule against teams from the States — from New York, Michigan, Ohio, even Maryland and Texas.

But after four years at Oklahoma, I had younger guys asking me for the plays, or asking me, “How do you do this?” Or, “How can I beat this guy? What’s your thought process when you’re working your moves?”

I went from not knowing anything to being a student — even a teacher — of the game, and I did it by working hard. That’s all I know.

My father is the biggest motivation for me. He’s diabetic and losing his vision. He’s been sick most of my life. Because of all he’s had to go through, we just have a very special relationship. When I was growing up, and now whenever I’m home, I’m like my dad’s Seeing Eye dog. I could be at the park, but if I get a phone call from him, I’m running home. All my friends knew that. I could be 30 minutes away. When I’m at home and my dad’s awake, I’m awake. When my dad’s asleep, I’m still up. I’m just always trying to make sure that he’s good.

So the reason I am the way I am is literally to repay him and my mother. When you see me out on the field, that’s their name on the back of my jersey. I’m representing them. I’m representing what they built. I’m representing Ottawa, Ontario. I’m representing Wire Fence, Trelawny. That’s the biggest thing for me. I have an incredible sense of duty and loyalty to who I am and where I’m from. And I will never stop working to be the best to bring honor to all of it.

And that includes your team if you draft me this weekend. You’re going to be getting my very best, all the time.

And remember: My very best football is still ahead of me.