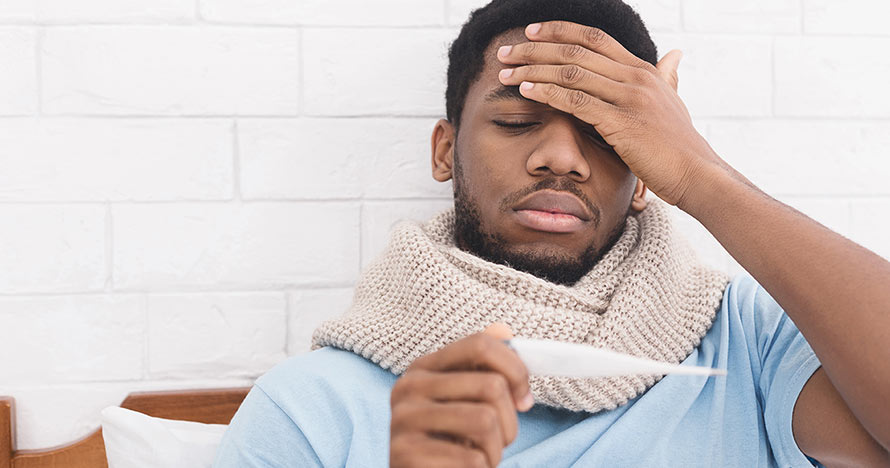 Coronavirus: When The World Catches A Cold We Catch Pneumonia

That grim analogy found in this headline was once uttered by President Barack Obama to describe how social problems that trouble most Americans often devastate people of color. By a factor of ten or some other hard to believe equation the effects are compounded in low-income communities. The pandemic known as coronavirus (COVID-19) may well demonstrate in painful terms the fragile nature of healthcare or lack of it in America. Experts cannot predict how bad it will ultimately be, however, given the current state of healthcare in low income communities of color the results are not encouraging to say the least.

Living in dense apartments and using public transportation make these vulnerable populations even more susceptible to catching the coronavirus. A lack of trust in public health facilities could keep some from attempting to seek out proper healthcare.

The numbers don’t paint a rosy picture in the current environment. In places like California, black adults ages 18-39 are hospitalized for preventable asthma problems more than four times as often as white asthma victims.

While officially segregation is illegal in the United States, because of a variety of reasons, people of color often live in the same neighborhoods. People of color catch communicable diseases at disproportionate rates.  It is estimated that as many as 12 million Americans have a disease tied to extreme poverty.

Native American problems also include what is commonly called surveillance, or timely monitoring of diseases. In some cases, tribes are gearing up to address the virus as best they can. The Cherokee and Kiowa Nations are putting together preparedness teams. The other large tribe, the Navajo nation, is also preparing for the virus with current resources, which unfortunately are short in numbers. Tribal health centers have experts, physicians and nurses that are trained in addressing this kind of virus. Like African Americans the historic poor health conditions among Native Americans place them in danger of a virus. Indian Health Service has never achieved full funding for providing healthcare in Indian communities. They have the highest rates of infant mortality, low life expectancy and the highest incidences of substance abuse in the United States. Tribes lack the needed resources to combat health disparities.

Hispanics have health care problems as do African Americans and Native Americans but have no specialized clinics to provide care. They are least likely to carry private health insurance. Native Americans are seeking additional funds for urban health centers like the American Indian Health Resource Center in Tulsa. There is great concern for immigrants kept in cramped and unsanitary camps along the southern border.

From a sociological perspective many of these outbreaks have been blamed on people of color and the responses in history have been to condemn and ban them to contain the virus in minority communities. In history unfounded fears led to evictions, fires and other racist acts that only made life worse for people of color. This led to the elimination of civil liberties for many people of color and the impoverished. So great were these fears, they led to exclusions of Chinese from entering America from 1882 to 1943.

America already has a president who is prone to victim shaming and promoting false claims about people of color and religious groups. Much of this is based on fear and plain old racism. Far too many Americans are supportive of President Donald J. Trump and it only emboldens him to continue the practice. Before it was just distasteful and embarrassing to have a bigoted president; now it may have damaging effects on all those he holds bigoted views towards. At this sad point in history, legislative elders in the Republican Party are incapable of standing up to Trump and stopping his most outrageous behaviors that sometimes turn into policies.

If he isn’t victim blaming Trump is now spreading lies about the effects coronavirus is having on the United States. His claims that it is a hoax spread by democrats is simply irresponsible in the face of a pandemic. His fears that the coronavirus will hurt his election chances should be the least of his concerns. The stock market is crashing, oil prices are in a nosedive, travel is grinding to a halt and our way of life is being touched more and more each day. And it may get worse. That is why the president and others need to get serious and marshal the resources necessary to combat this epidemic.

While many are enjoying low gas prices, the money made by the oil and gas industry are tied to tax revenue and that funds education and state healthcare. Governor Kevin Stitt is already trying to keep state government afloat and will have to temporarily tap the rainy-day fund. But budget cuts are a certainty. The low prices will also stunt new drilling and may lead to closing existing wells.

Those running for office who are pushing for universal healthcare are right; that system is best suited for getting through a pandemic. The idea that an insurance driven healthcare industry will make sure everyone’s life is taken care of is ridiculous.

Coronavirus is early in its development and hopefully it does not create the most horrible levels predicted. In the meantime, wash your hands often and follow other recommendations suggested. This crisis has revealed gaping holes in our preparedness that needs to be addressed. Hopefully, people of color will receive the care they need and will not be wrongly blamed for its cause. We don’t need a bad situation to get worse as Obama once observed.

From the outside it appears as though the city of Tulsa is doing everything it can to recognize the historical damage to Greenwood while also giving away 5.5 acres to Oklahoma State Extension program for a new building. What is actually happening is Greenwood is being treated like children of second-class citizens. The beat goes on.

The city of Tulsa is rushing ahead with some plans to erect several structures to demonstrate how a city that once slaughtered and burned down the Greenwood District has evolved into a kind metropolis. Not so fast Tulsa. Hasty and careless planning has created haphazard building projects in order to meet the June 1, 2021 deadline and is insulting. There are some homes with more square feet that what is planned. There is also the question of ownership. Everything is leased to the Greenwood Cultural Center. By keeping Greenwood descendants on a leash, TDA is able to maintain control. The sons and daughters of the massacre deserve better that this patriarchal treatment and more than a piece of paper that says they can operate the building under parental conditions. You may theorize that this is how everyone is treated; you’d be wrong.

A few blocks to the north, OSU Tulsa is giving away land granted to them by Tulsa Development Authority (TDA) to develop the campus. In that spirit OSU Tulsa is giving OSU Extension 5.5 acres to build offices. Of course that is land that has been transferred without conditions of ownership and other covenants.

A couple of things: there still isn’t suitable land and construction set aside for the Greenwood Rising History Center that they hope will be ready by June 1, 2021 (the anniversary of the Race Massacre). And it should be granted to them rather than leased. This treatment has to stop.