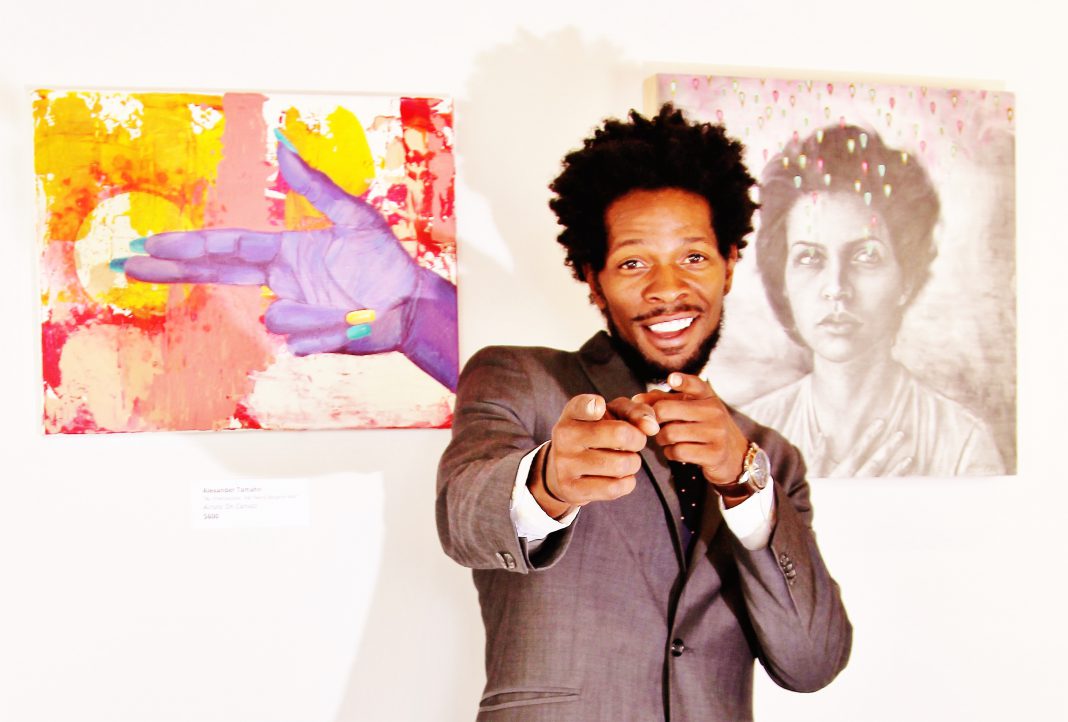 News Media is invited to a press conference on Thursday, March 5, at 12 noon at the new location of Black Wall Street Gallery, 10 North Greenwood Avenue, Suite B, in advance of its grand reopening on Friday, March 6.

Dr. Ricco Wright, owner and curator, Kiandra Call, operations strategist, and Amandela Perry, creative director, will detail the featured art and entertainment that will be part of the second series in a four-part sequence called socioracial idealism that began with The Conciliation Series in September 2018. The Healing Series comes at a time when Tulsa is facing the potential excavation of mass graves believed to be connected to the 1921 Tulsa Race Massacre.

“We’re thrilled to be in the middle of a significant period of growth and expansion of Black Wall Street,” said Wright. “In addition to featured artwork by amazing black artists that we’ve selected through personal relationships or found through reputation and following, we’re increasing our merchandise by phasing in vinyl records, prints, and a wider range of logo apparel. We’ll also feature entertainment through comedy shows and live performances and will offer the space for community and private gatherings.”

The new gallery will open to the public at 6 p.m. on Friday, March 6, as part of the Tulsa Arts District First Friday Art Crawl. The first installment in The Healing Series will be “Blacklahoma” by Shannon Nicole of Oklahoma City. The showing of all original art, which will be available for sale, continues until midnight as part of the opening celebration and art crawl.

Other community events at the gallery will focus on healing leading up to the centennial anniversary of the race massacre, which will honor, mourn and commemorate the ancestors and families responsible for the flourishing businesses and investments that made up Black Wall Street in the time of Jim Crow segregation laws. The Greenwood District is poised for success in black entrepreneurship and ownership.

“The gallery became the heart of Greenwood where we effortlessly built a new, diverse community through art exhibits, music, and friendships,” Wright continued. “That spirit lives on as we renew our commitment to strengthen the community in our new location where we’ll have more opportunities for meaningful discussions, workshops, entertainment, and making history. We remember our past, honor our legacies, and celebrate our future together, through conciliation and healing which leads to unity and love — the latter two being the final parts of the four-part sequence.”

The complete lineup for The Healing Series is as follows:

“Exhaustions of a Mirror”