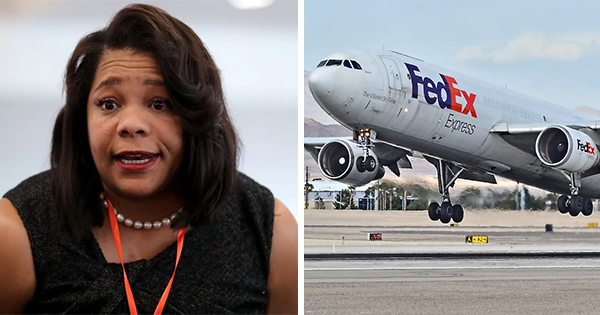 Ramona Hood, the newest CEO at FedEx, is the first Black woman to take the lead in the company’s history. Hood, who was formerly the company’s Vice President of operations, strategy, and planning, has specifically been promoted to both President and CEO of FedEx Custom Critical, which provides same-day and overnight delivery of expedited freight.

She started out in 1991 as a receptionist for the company, which at the time was called Roberts Express. She has always shown great potential in leadership and through the years was given various roles in operations, safety, sales, and more. Along the way, she admitted having been “pretty intentional and purposeful with gaining experience” in the company.

Over time, Hood began offering innovative and strategic ideas that distinguished her from her peers. For example, she was the one who initiated the program that allows FedEx Custom Critical employees to work from home in the early 2000s. She said, “At that time, it was not common to have call centers where you would have individuals working from home. I looked at our processes and the technology that we had, and I realized nothing was preventing us from that.”

Hood has climbed up the ladder of success from heading subsidiary FedEx Truckload Brokerage before moving to an officer position at FedEx Supply Chain in 2016. She then returned to FedEx Custom Critical for an executive position, a full-circle move after being a receptionist there years ago.

She brings more than 28 years of FedEx experience to her role, and holds a Bachelor’s degree in Business Management from Walsh University, as well as an Executive MBA from Case Western Reserve University.