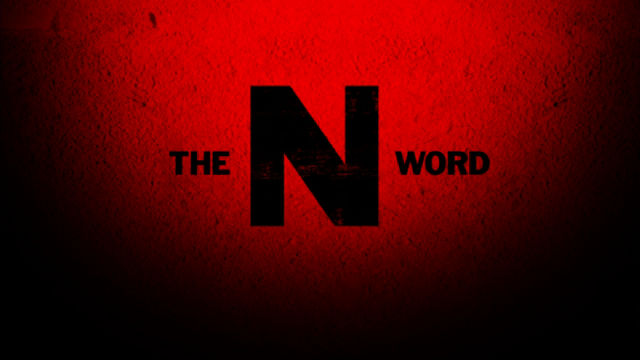 Regret Over Losing Massacre Land Will Never Go Away

Make no mistake about it, if the Tulsa Development Authority (TDA) is able to sell some of the last of ill-gotten acres near Greenwood, it will be the final unjust blow to this community. One might think about this time and come to regret not doing the right thing, the brave thing, or the just thing. No regret would be so deep and painful as letting down the sacrifices and memory of the victims of the worst racial incident in American history. Imagine that regret coming as the whole world is watching during the anniversary of the 1921 massacre. Unforgivable.

We all handle our guilt differently and some will be perfectly fine with another atrocity heaped on a land that has seen the most horrible incidents that most wanted to hide. Others will wonder if they could have done something to address another failure or slight. Others still will be motivated rise and do the best that they can. Those brave souls do not concern themselves with their own peril or of victory; they stand because that is what must be done.

Greenwood has carried the badge of resiliency and stubborn will. True those attributes always came at a high price as those heroes stood up and demanded justice in the steely face of powerful institutions. Ben Hill, Homer Johnson and others were such crucibles for the memory of the victims of Greenwood. One can easily imagine what lengths they would have gone to in defending their historic lands. There is little doubt they would have ever felt the sting and shame of doing nothing.

Buttigieg And Bloomberg Are Facing Their Past

Hardly an election goes by where the history of a candidate doesn’t gauge their position on race. This election is no different among democrats, although republicans have chosen an unabashed racist and it helps him politically. For democrats its still an important aspect of running for office. Democrats are dealing with this sensitive subject as two of the top contenders are having to answer for their past while reinventing themselves to appear more tolerant.

Former South Bend Indiana Mayor Pete Buttigieg has had less than stellar history with African Americans in his city. Which is important since the campaigns will soon be in South Carolina where black voters make up about 60 percent of the democrat voters. His poll numbers have been as low as zero percent and are now at 4 percent. He has rolled out a plan to entice black voters. He also ran ads which purported to show black endorsements. Trouble is some of the endorsers did not support Buttigieg and others were not black but were white campaign staffers.

Buttigieg ended up replacing the black police and fire chief that angered African American citizens in Indiana’s fourth largest city. The police chief was taped with white officers making racial slurs and Buttigieg refused to release the tape to the public. Under Buttigieg’s watch there was a huge racial disparity in marijuana arrests where blacks were four times as likely to be arrested for marijuana than white residents. This compared with 3.5 times more likely in Indiana or three times as likely nationally.

Buttigieg dodged the question that was asked at the last debate by ABC News moderator Linsey Davis. She asked him again how does he explain the increase in black arrests? He said under administration arrests went down. When told by Davis the numbers in fact were true and went up Buttigieg blamed the high rates on his policy to target gun and gang violence.

Former New York City Mayor Michael Bloomberg may have even more troubling problems because of his stop and frisk policies that primarily targeted people of color in New York in attempt to bring down crime. A tape has been released that reveals some troubling thoughts by the former billionaire mayor. In a 2015 tape Bloomberg is recorded saying: “The way you get the guns out of the kid’s hands is to throw them up against the wall and frisk them.’

“Ninety-five percent of the murders-murders and murder victims fit one MO. You can just take a description, xerox it, pass it out to all the cops,” adding “they are male, minorities, 16-25. That’s true in New York, that’s true in virtually every city.” There is more but you get point. Once the tape was out in public, Bloomberg was asked about his comments and was stunned into silence. There are other comments attributed to the former mayor that are highly misogynistic, vulgar and disgusting. Bloomberg, like Buttigieg, has released ambitious plans meant to assist black Americans.

Voters will have to decide whether the candidates should be judged by their past or what they are proposing now as candidates are asking for black votes.

OU Professor Uses N-Word In Lecture; Will Not Teach For Remainder Of The Year

A University of Oklahoma (OU) journalism professor will not teach his class for the rest of the school year as he undergoes diversity training after he reportedly used the N-word during a lecture. For OU this is another incident in which racial intolerance has occurred on campus. OU has been quick to respond to most incidents; however the response this time does not seem as harsh.

Professor Peter Gade is set to take OU’s Culturally Competent Communication next month according to Ed Kelley, dean of the Gaylord College of Journalism and Mass Communication. The program is held in high regard for preparing students for careers in journalism. Gade and the rest of the faculty and staff will take the OU’s Office of Diversity, Equity and Inclusion during the spring semester. Gade will have one on one training.

Hopefully, OU can find ways to improve the racial atmosphere at the university to ensure a quality education is achieved free of bigotry.