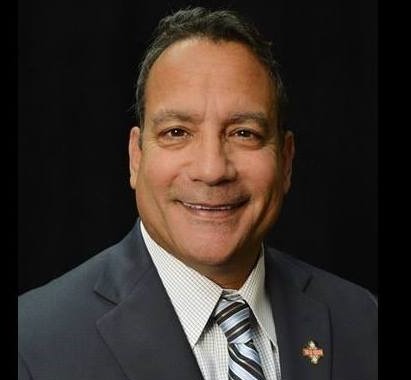 Editor’s Note: This article by Commissioner Sallee is a first in a series of reports on the progress and developments in Tulsa County District One, which include portions of North Tulsa, West Broken Arrow and Owasso.

One year ago, I was elected to represent the citizens as your District 1 County Commissioner. I am pleased to report on the progress we are making to fulfill the promises made this year. I encourage each resident of District 1 to contact me or my office with your comments and suggestions on how we can better serve you in the coming year.
I was elected to office based on three main points on which I focused; Economic Development, Transportation and Public Safety.

Starting in January I was appointed chairman of the Tulsa County Public Facilities Authority. TCPFA is known as EXPO Square, the Fairgrounds. The Fairgrounds is one of the top facilities for economic impact in the state with an estimated $243,810,000 impact in 2018. The Fairgrounds encompasses 240 acres that houses Expo Square, multiple barns and hosts the Tulsa State Fair, the 5th largest fair in the country. Expo Square is also one of the nation’s top equine facilities. Therefore, we focused on purchasing new stalls for the equine events. With the addition of the 416 new stalls, all barns have now been updated with a total of 2,200 new stalls.

Expo Square hosts many events and one of the top events is in motorsports known as the Lucas Oil Chili Bowl. The Chili Bowl has an economic impact of $28 million and attendance of 75,000. Another top priority was to purchase 4,000 new bleachers for the north and south side of Expo Building to replace the 20+ year old bleachers. This purchase combined with the newer west 2,500 seat bleachers will provide a safe and comfortable seating for 6,500. By making this improvement, we were able to renegotiate a 15-year contract extension that will ensure the Chili Bowl will stay under the Golden Driller until 2034.

Transportation improvements continue in District One. Our partnership with the Cherokee Nation and Rogers County has allowed for the completion of many paving projects. We continue to work on road projects in Sperry, Collinsville and have completed miles of Chip/Seal overlay this past summer.

The Broken Arrow road widening project on 51st Street from Elm Place to County Line Road is a major focus for next year. The plan is to start construction on the east mile in 2020.
In Owasso the Intersection of 86th Street North and Sheridan Road has been awarded and construction should begin this year. Also, plans for a new overlay on 76th Street North between Yale Avenue and Lakewood is scheduled to begin in a few months.

We are pleased to announce the addition of a new County Engineer, Alex Mills. He and his staff will be evaluating the entire process as to how we review, schedule and complete road and bridge projects. Our goal is to create a more effective process and accomplish a much higher level of service and quality for the citizens of Tulsa County.

The May flooding was a major disaster for Tulsa County. Bird Creek flooding in District 1 destroyed homes, businesses and roadways. O’Brien Park took a direct hit and had two feet of water in the community center. We had national leaders, Senator Lankford and Representative Hern tour District 1 to see the damage first hand. Currently we are rebuilding O’Brien Park.

One of the most disappointing issues this year was the decision by the Metropolitan Tulsa Transit Authority to eliminate the bus service to the Turley area in north Tulsa. The Turley area provides one of the highest ridership for MTTA. The citizens in the area are those who need this transportation option the most. As we fought this issue, the MTTA Board did decide to temporarily provide service to the area by redirecting another bus route to Turley. However, this temporary fix doubled the wait time for this bus route to an hour. We are hopeful that MTTA will review and then re-establish direct service in the coming year.

Another issue in the Turley area was the increase in homeless and crime. Undersheriff George Brown personally provided and directed the specialized enforcement in Turley. The month long concentrated effort by Tulsa County Sheriff’s Office resulted in 37 traffic citations, 23 arrest, 12 warrants, 47 traffic stops and 27 pedestrian checks. The citizens have expressed a strong appreciate for the ­­­­increased enforcement that has directly helped the community.

One of my personal highlights was to sponsor the proclamation which named Tulsa County as the first ‘Purple Heart County’ in Oklahoma. We are proud and grateful to our service members for their sacrifice and service to our country.

It has been an honor to serve as your District One Tulsa County Commissioner this past year and I look forward to many years of service for you.