Having navigated the ranks of track, rugby and flag football in the past; exceptional athlete & prominent influencer Santia Deck recently announced her latest win – a multi-million dollar contract with the Women’s Football League Association (WFLA). 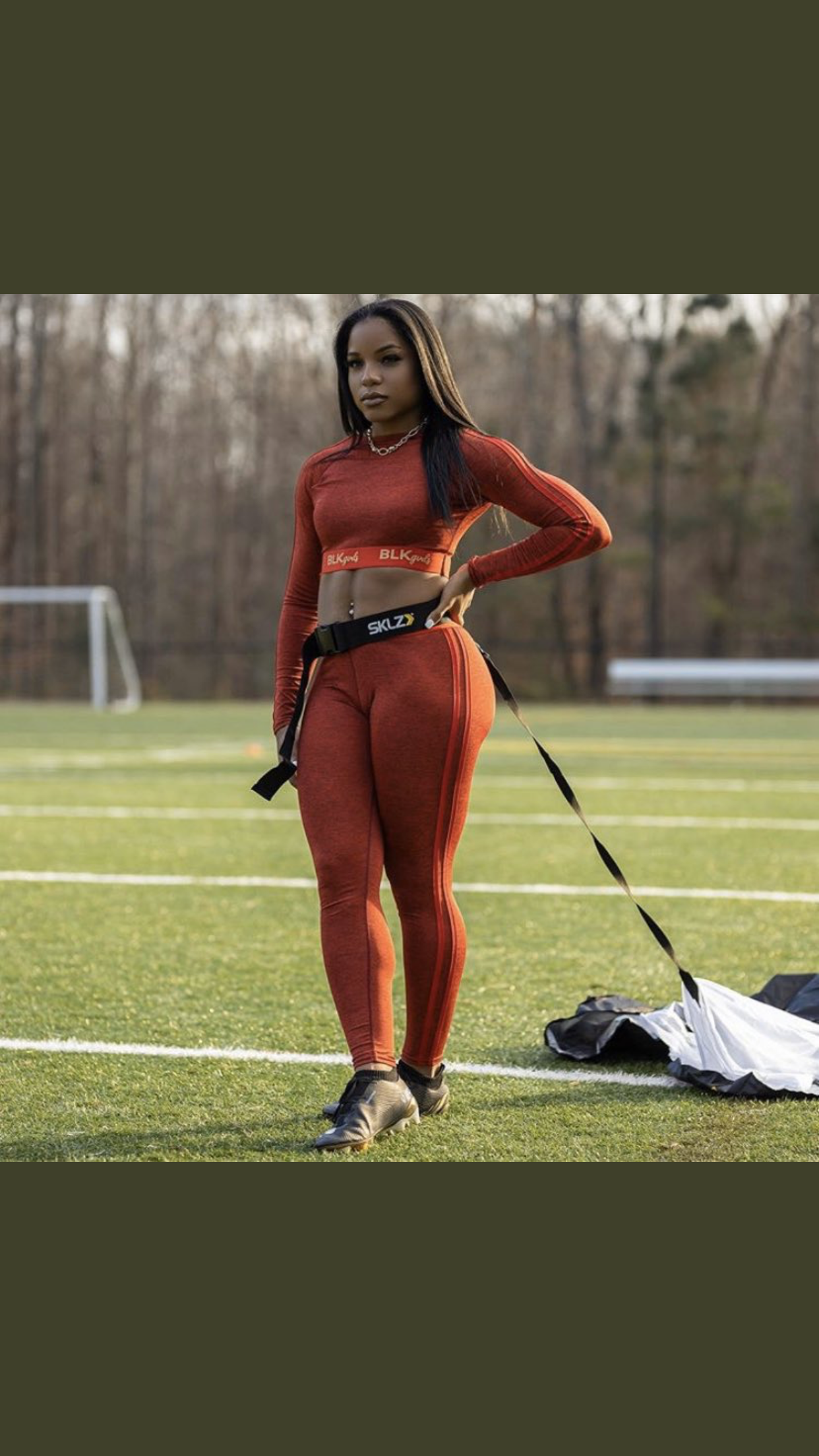 There has never been a deal like this for a woman on the football field. Fittingly, there has never been a self-made athletic brand like Santia’s. Affectionately referred to online as the “Queen of Abs”, Santia, who is from Atlanta, has made a name for herself in the fitness and social spaces. Now she is cashing in on that name, as well as a great deal of talent and drive.The WFLA considers itself to be an organization out to make her story.

The WFLA held a draft in Vegas and is offering the first ever multi-million dollar contracts to football’s women athletes. Santia, is one of those few deemed worth a large sum. In fact, at an undisclosed amount, the league confirms that her contract is the highest-paid to date.

Leveraging more than just a traditional endorsement, Santia was brought on as a part-owner of that company in recognition of her skill level, her influence and her desire to help enhance the sport she loves. This example highlights the command of respect and money that her homegrown brand has come to require.

Now, with her spot in the WFLA, Santia can continue to push boundaries and command respect for herself and other women athletes – even in traditionally male-dominated sports like football.

From her career as an impressive collegiate track athlete, to launching her own brand as a celebrity fitness trainer, from the published book she wrote bringing awareness to child abuse, to fitness DVDs, Santia has continued to evolve and inspire. Her most recent endeavors include social media consulting, empowerment-centered public speaking and tackling relationship issues.

The WFLA debut season is set for 2021, with an Exhibition tour beginning in May of 2020. Santia, her supportive family and team, and her die-hard fans will be more than ready.

For more details about Santia Deck, follow her on Instagram @trackbaby001 or learn more about the league at https://wflafootball.com